What went wrong in Iowa and what’s next 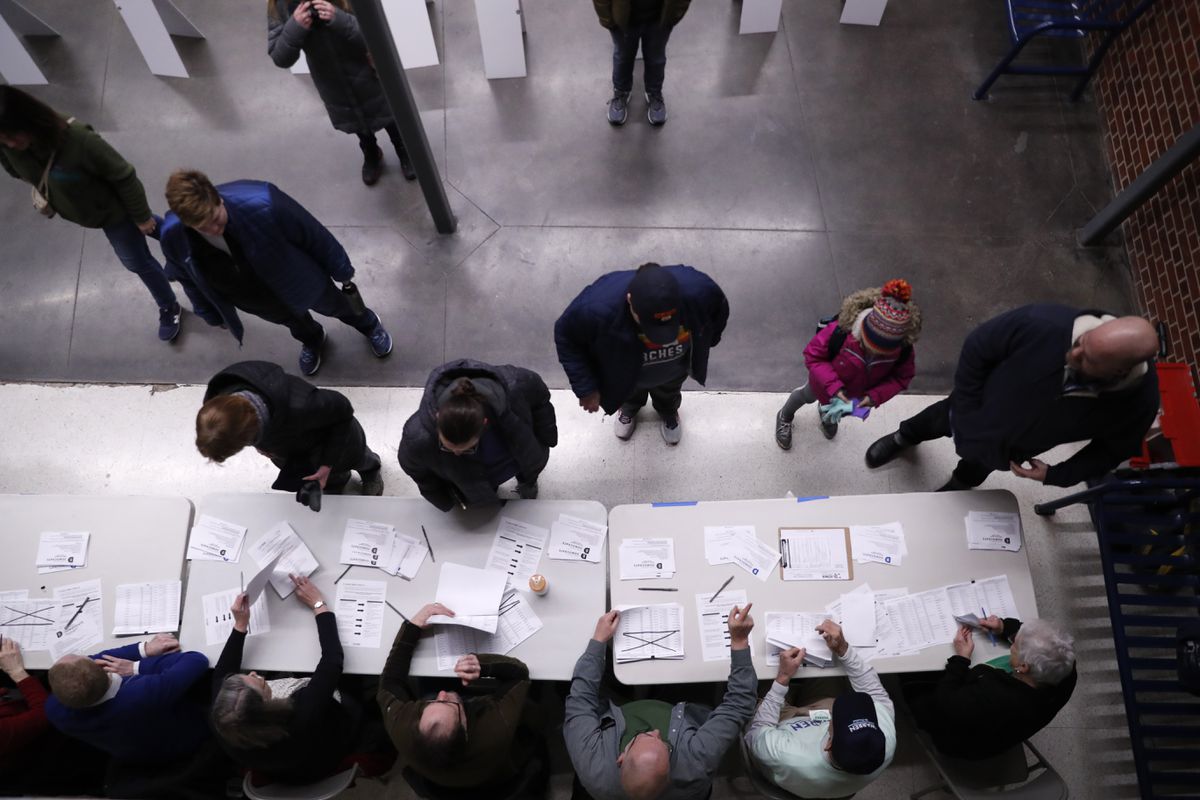 The political universe has been turned upside down by the failure of the Iowa caucuses. Traditionally the event provides the first concrete tally after months of speculation about the presidential primary. But Monday night’s Democratic caucuses ended inconclusively as the state party blamed technological problems for preventing it from reporting results. Here are some questions and answers about what happened — and what might come next.

The Iowa Democratic Party says an app created to compile and report caucus results malfunctioned due to a "coding issue," delaying the count. The party says there are no signs of hacking or other intrusion and that the underlying data is "sound." The problem was that the app only reported partial data when the precinct chairs sent the information to party headquarters.

There were some concerns ahead of time. The caucuses were operating under new, complex rules that required the reporting of three different tiers of results, and that appears to have complicated the counting.

The Iowa Democratic Party didn't roll the app out to its 1,678 caucus locations until a few hours before the meetings began Monday night. Party officials had said they would not be sending the new mobile app to precinct chairs for downloading until just before the caucuses to narrow the window for any interference, and there wasn't widespread pretesting by volunteers running the caucus sites.

HOW WILL THE PARTY DETERMINE WHO WON?

WHEN WILL WE KNOW WHO WON?

That's unclear. The Iowa Democratic Party would not say when it would release full results. It did release the tallies of 62% of the state's precincts late Tuesday afternoon, but they were not enough to call the race. The fractional result showed former South Bend Mayor Pete Buttigieg and Vermont Sen. Bernie Sanders in the lead of the contest for State Delegate Equivalents. Massachusetts Sen. Elizabeth Warren, former Vice President Joe Biden and Minnesota Sen. Amy Klobuchar trailed.

WHAT ARE CAMPAIGNS SAYING?

Several campaigns initially jumped into the information void and announced, perhaps unsurprisingly, that according to their own data their candidate did great in Iowa. But in all of these cases the data was incomplete and the same caveats applied as with the party's subsequent release of partial results.

As the day dragged on, Warren questioned why the Iowa party wasn't waiting to release a full tally. Sanders expressed frustration with the delay but counseled patience. And Buttigieg was emotional at a New Hampshire rally as he spoke of being, at least for the time being, in first place.

HOW WILL THIS AFFECT OTHER STATES?

Attention has already shifted to New Hampshire, which votes in a traditional primary on Feb. 11. Another caucus state — Nevada — said it will not use the same app utilized in Iowa.

Once Nevada votes on Feb. 22, things move fast. South Carolina, the final early state, votes on Feb. 29. Then a mass of 14 states that account for about one-third of the delegates up for grabs votes on March 3, known as Super Tuesday.

WHAT DOES THIS MEAN FOR IOWA?

There’s no way to know whether one specific candidate benefits from the Iowa mess. The entire primary process was already uncertain, and a new layer of uncertainty has been added without Iowa winnowing the field in its traditional way. It’s also sowed new doubts about the reliability of caucuses, which increases the pressure on Nevada, one of the only remaining caucus states. Republicans have been gleefully trying to fan Democratic division by stoking rumors online that the meltdown is a conspiracy to cripple Sanders’ insurgent campaign. In the end, though, one thing is clear — the biggest loser is probably Iowa itself, which may forfeit its first-in-the-nation slot over the debacle.