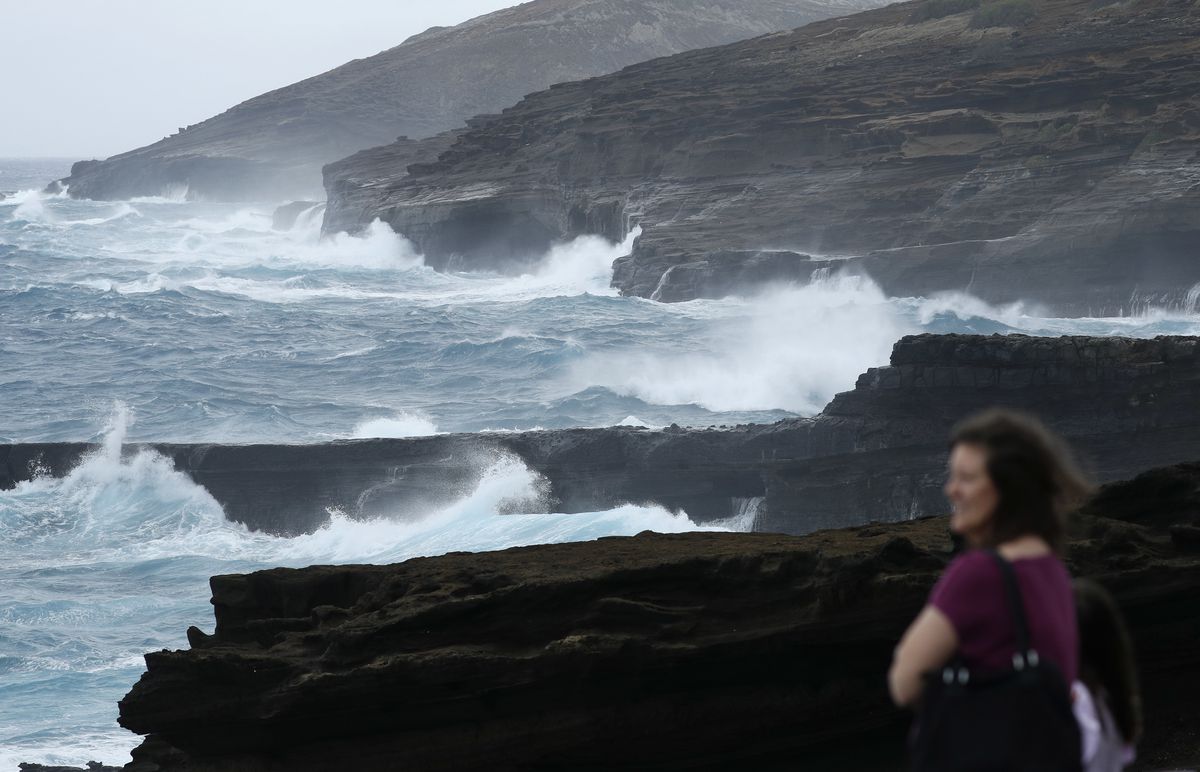 Three quarters of the world’s ocean waters have sped up their pace in recent decades, scientists reported Wednesday, a massive development that was not expected to occur until climate warming became much more advanced.

The change is being driven by faster winds, which are adding more energy to the surface of the ocean. That, in turn, produces faster currents and an acceleration of ocean circulation.

It's the latest dramatic finding about the stark transformation of the global ocean - joining revelations about massive coral dieoffs, upheaval to fisheries, ocean-driven melting of the Greenland and Antarctic ice sheets, increasingly intense ocean heatwaves, and accelerating sea level rise.

“The Earth is our patient, and you look for symptoms of how it is reacting to anthropogenic greenhouse gas forcing,” said Michael McPhaden, a NOAA researcher and one author of the new study in Science Advances. “This is another symptom.”

The new research found that 76% of the global ocean is speeding up, when the top 2,000 meters of the ocean are taken into account. The increase in speed is most intense in tropical oceans and especially the vast Pacific.

Scientists aren't certain of all the consequences of this speedup yet. But they may include impacts in key regions along the eastern coasts of continents, where several currents have intensified. The result in some cases has been damaging ocean hotspots that have upended marine life.

The study was led by Shijian Hu, a researcher with the Chinese Academy of Sciences, who worked with McPhaden and other experts in China, Australia, and the U.S. The researchers used a global network of devices called Argo floats, as well as other datasets, to reach their conclusions.

They found a global increase in wind speed over the ocean of about 2% per decade since the 1990s, which translates into about a 5% increase per decade in the speed of ocean currents.

Since these currents do not move very fast to begin with, the change would not be noticeable from, say, the bow of a ship. One current, the Pacific's South Equatorial Current, typically moves at about a mile per hour, so the speed increase over one decade would only be to around 1.05 miles per hour, McPhaden said.

Still, taken across the entire planet, this represents an enormous change and a tremendous input of wind energy. And it was not expected to happen yet.

The study notes that in extreme climate warming scenarios, a speedup of global winds also occurs - but the change was expected to peak at the end of this century, after vastly more warming than has happened so far. This suggests the Earth might actually be more sensitive to climate change than our simulations can currently show, McPhaden said.

The researchers admit they cannot prove that the change they've detected is driven solely by greenhouse gases. The oceans, particularly the Pacific, have natural cycles that drive them as well. However, they argue that the changes that have occurred are "far larger than that associated with natural variability."

And this is not happening in isolation - multiple large changes have been detected in the world's oceans of late.

"It's analogous to the changes in sea level in terms of the accelerated rise over the last 25 years," said McPhaden. "And these may be connected, and likely are."

Having detected a massive global change, the researchers say they have not yet teased out the local consequences. But they are bound to be substantial.

"Perhaps the most important consequence is the increased redistribution of heat around the planet that stronger circulation would bring," said Alex Sen Gupta, an ocean and climate expert at the University of New South Wales in Sydney, Australia, who commented on the study but was not involved in the research. "This would affect temperature distributions and could affect weather patterns - but more work would be needed to make these links."

Another ocean and climate expert, Edward Vizy of the University of Texas at Austin, said he suspected the scientists were onto something with their findings but also that the change may not be as large as they are reporting.

"I'm sure our ocean observations have improved in the early 2000s, so I wonder how much of the change in the ocean reanalyses is a reflection of the inclusion of this information," he said.

So far, when it comes to the effect of climate change on ocean currents, the largest amount of attention has been paid to the North Atlantic region. Here, a major current system - the Atlantic Meridional Overturning Circulation, or AMOC - is moving not faster, but slower.

This circulation, however, is not driven simply by winds - it is also propelled by the density of cold seawater, which determines how much water can sink and flow back southward in the deep ocean. So, the results are not necessarily contradictory.

In other, related research, McPhaden and his colleagues have found that around the globe, a key set of ocean currents, which are located on the western side of ocean basins, have been shifting their movements and in some cases, intensifying. As they've done so, these currents have often left behind zones of extreme warming as they transport warm waters to new places.

These changes, too, are being driven by shifting ocean winds, so they could be connected.

Off the eastern coast of Australia and Tasmania, for example, a current called the East Australian Current has intensified and pushed farther southward, bringing warmer waters to the Tasmanian coast and devastating the native kelp forest ecosystem that had once thrived there. The new study shows a marked current intensification in this region.

"There is a compelling logic that says that these are related," said McPhaden.

The current study does not focus on local impacts, however, but rather, on the global picture.

“It’s just sort of taking the pulse of the planet,” said McPhaden. “It’s a surprise that this kind of result comes out so robustly.”