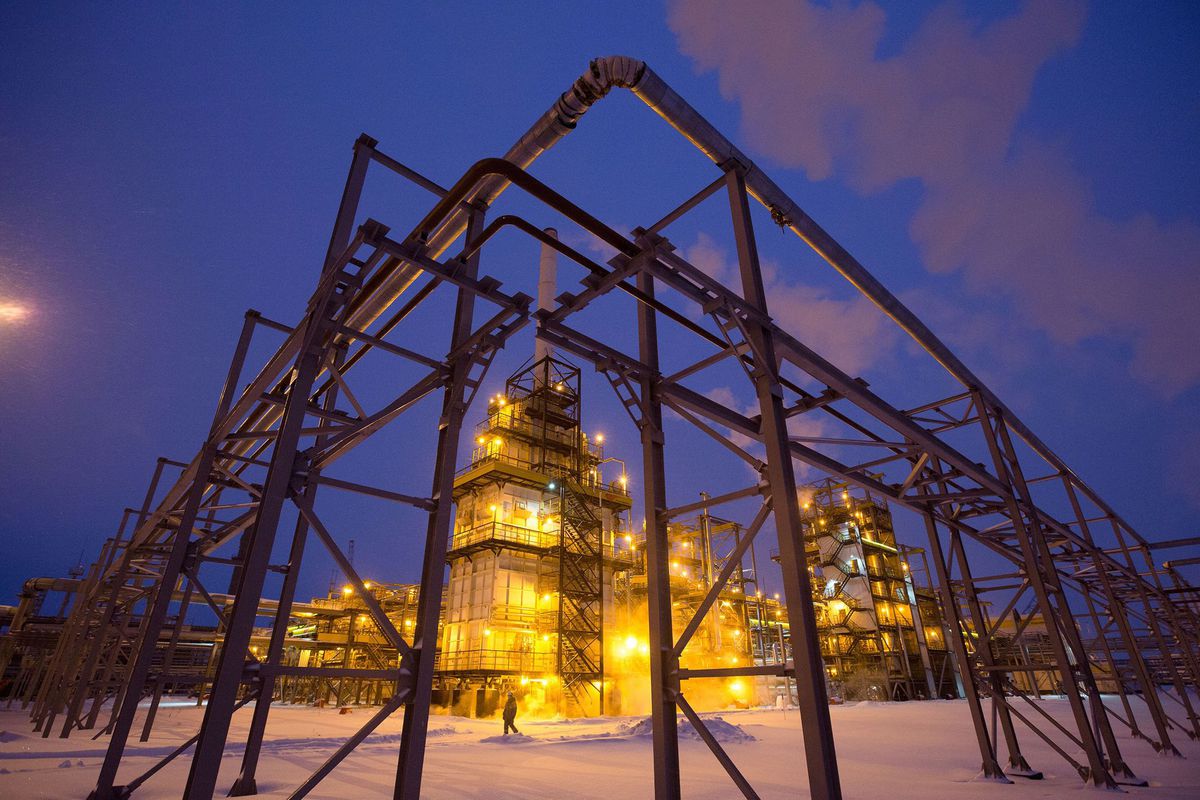 OPEC+ talks ended in dramatic failure, auguring the end of a diplomatic alliance between Saudi Arabia and Russia that has underpinned crude prices and changed the balance of power in the Middle East.

Oil fell more than 9% after Russia refused to bend to the will of Saudi Arabia, whose high-stakes gamble took the group to breaking point.

Saudi Arabia wanted to slash production to offset the hit to demand from the coronavirus. But Moscow had a different idea. Russia's budget is more resilient to low prices than its Middle Eastern allies and it's betting that weak crude values will help wipe out competition from U.S. shale.

It is bad news for energy giants like Exxon Mobil, resource-dependent countries from Latin America to Central Asia, and companies like BP trying to reinvent themselves as greener producers. Low prices will help some economies though, as a welcome stimulus in the face of the raging virus.

The breakdown is the biggest crisis since Saudi Arabia, Russia and more than 20 other nations created the OPEC+ alliance in 2016. The group, controlling more than half of the world's oil production, has underpinned prices and reshaped the geopolitics of the Middle East -- increasing President Vladimir Putin's clout in the region. But it's come under increasing strain over the past year.

Oil traders will now be looking for signs of whether Saudi Arabia, Russia or any of the other OPEC+ nations -- unshackled from the cartel's restrictions and with budget holes to fill -- could actually increase production. It's possible that they will, said one delegate.

"Given today's decision, all OPEC+ countries from April 1 have no obligations to cut output," Russian Energy Minister Alexander Novak told reporters, signaling the nation's companies can do as they please.

"The coronavirus has claimed one victim: the alliance of oil producers," said Roger Diwan, an analyst at consultant IHS Markit Ltd and a veteran OPEC watcher. "Facing a dramatic decline in demand, they are throwing in the towel on market management. We are likely to see the lowest oil prices of the last 20 years in the next quarter."

After days of haggling, the alliance drafted a terse statement -- from which two numbered bullet points had been excised -- and didn't set a date for another rendezvous. It then decided against publishing it. One delegate said the OPEC+ meeting in the diary for June was unlikely to go ahead, though another said Russia was willing to join.

The collapse of talks brings double jeopardy for the oil market, where prices were already at the lowest level in more than two years as the coronavirus threatened to wipe out demand growth. Not only will the cartel be unable to compensate for that slump in demand, but the group's existing 2.1 million-barrel-a day cut won't continue beyond the end of this month.

OPEC members led by Saudi Arabia had been pushing for a 1.5 million barrel-a-day additional reduction to last through the end of the year.

The meeting collapse comes at a difficult moment for both architects of the OPEC+ deal. In Saudi Arabia, Mohammed bin Salman, the young Crown Prince who is trying to re-tool his country's economy, will face strong headwinds. Riyadh will likely have to dip into its petro-dollar cash reserves to make ends meet.

And in Russia, Putin is entering a politically delicate period, with a referendum next month on constitutional reforms that are seen as enabling a transition of power in 2024, when he must step down as president. A collapse in the oil price would likely be followed by a decline in the value of the ruble and a spike in inflation.