Three months into the pandemic, here’s how likely the coronavirus is to infect people 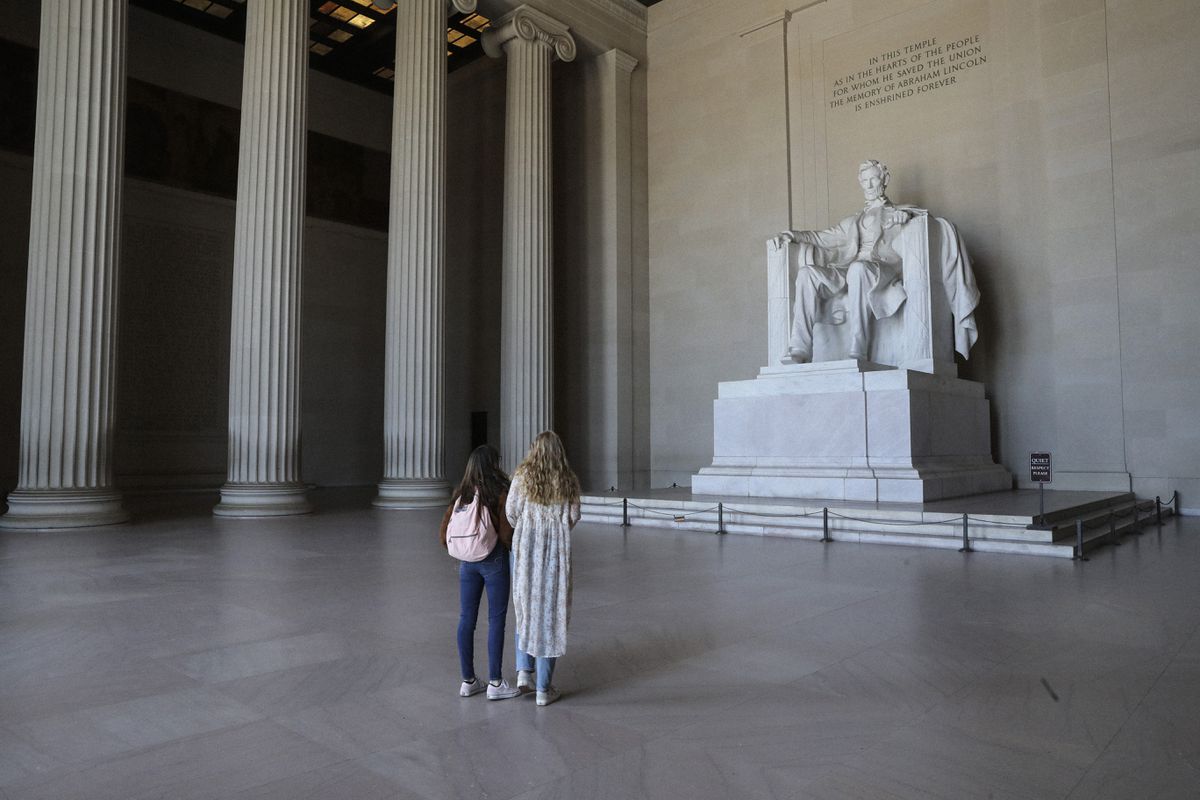 The Lincoln Memorial is sparsely visited during the novel coronavirus outbreak. Photo for The Washington Post by Oliver Contreras

The Lincoln Memorial is sparsely visited during the novel coronavirus outbreak. Photo for The Washington Post by Oliver Contreras

Three months into this pandemic, scientists are coming to understand the novel coronavirus. They know, for example, that as horrible as this virus is, it’s not the worst, most apocalyptic virus imaginable. Covid-19, the disease caused by the virus, is not as contagious as measles, and although it is very dangerous, it is not as likely to kill an infected person as, say, Ebola.

But there is one critically important, calamitous feature of SARS-CoV-2: the novelty. When it jumped from an animal host into the human population sometime late last year, no one had immunity to it. That's one reason the new coronavirus isn't comparable to a harsh strain of the flu going around.

The first cluster of mysterious, pneumonia-like respiratory illnesses was reported in Wuhan, China, at the end of December, and in the days that followed it spread explosively. With astonishing speed this submicroscopic pathogen has contaminated the planet, infecting more than 600,000 as of Saturday and killing at least 28,000, grinding global commerce to a near standstill and rattling the nerves of everyone brave enough to be following the news.

"This is a new virus that has landed in the human community. We are a brand new, naive population. We're kind of sitting ducks, right?" said Ilhem Messaoudi, a virologist at the University of California at Irvine.

Most viral contagions in circulation face obstacles in the form of people with at least partial immunity. But this coronavirus is a bulldozer. It can flatten everyone in its path.

When the virus infects people, they don't get sick right away. Researchers believe the incubation period before symptoms is roughly five days on average. In studying the pattern of illness, epidemiologists have made the dismaying discovery that people start shedding virus - potentially making others sick - in advance of symptoms. Thus the virus has a gift for stealth transmission. The virus seeds itself in communities far and wide, where vulnerable human beings represent endless fertile terrain.

At the genetic level the new virus is not terribly different from the SARS virus that emerged in China in 2002-2003 - which is why the new one has the derivative name SARS-CoV-2. SARS killed nearly one in 10 patients. But people with SARS infections did not shed virus until they were already quite sick, and victims were typically hospitalized. SARS was snuffed out after causing about 8,000 infections and 774 deaths worldwide.

That successful fight may have led to some complacency; researchers say funding for SARS research dried up in recent years.

"We thought we cured it. We thought the virus disappeared. Well, the virus didn't disappear, did it?" said Michael Buchmeier, a UC-Irvine virologist who has studied coronaviruses for three decades.

Because this is such a contagious virus, a large percentage of the world's population, potentially billions of people, could become infected within the next couple of years. Frantic efforts to develop a safe and effective vaccine are likely to take a year or more.

President Donald Trump and others have repeatedly downplayed the threat of covid-19 by comparing its lethality to seasonal influenza, which claims tens of thousands of lives in the U.S. every year. But covid-19 may be many times as lethal for an infected person as seasonal flu.

Messaoudi noted that the health system is set up to deal with the seasonal flu, but not with a new, pandemic disease.

"We have a vaccine for the flu. And antivirals. It's seasonal, we prepare for it, we try to get vaccination coverage, this is already what our system is dealing with," she said. "This is the wrong time to deal with another surge of a respiratory disease that causes a lot of morbidity and potentially mortality."

The bulldozer nature of coronavirus means widespread severe illnesses and deaths from covid-19 can happen with terrifying speed. This happened in Northern Italy, where hospitals become overwhelmed and many patients couldn't get standard lifesaving treatment.

The pandemic appears to be largely driven by direct, human-to-human transmission. That's why public health officials have told people to engage in social distancing, a simple but effective way to drive down virus's reproductive number - known as R0, pronounced "R naught." That's the average number of new infections generated by each infected person.

The R0 is not an intrinsic feature of the virus. It can be lowered through containment, mitigation and ultimately "herd immunity" as people who have recovered become less susceptible to infections or serious illnesses. For the epidemic to begin to end, the reproduction rate has to drop below 1.

In the early days in China, before the government imposed extreme travel restrictions in Wuhan and nearby areas, and before everyone realized exactly how bad the epidemic might be, the R0 was 2.38, according to a study published in the journal Science. That's a highly contagious disease.

But China on Jan. 23 imposed extreme travel restrictions and soon put hundreds of millions of people into some form of lockdown as authorities aggressively limited social contact. The R0 plummeted below 1 and the epidemic has been throttled in China, at least for now.

The virus does have an innate infectivity, based on how it binds to receptors in cells in the respiratory tract and then takes over the machinery of those cells to make copies of itself. But its ability to spread depends also on the vulnerability of the human population, including the density of the community.

"If you have a seriously infectious virus and you're sitting by yourself in a room, the R naught is zero. You can't give it to anybody," says Jeffery Taubenberger, a virologist with the National Institute of Allergy and Infectious Diseases.

Without a vaccine or a drug to stop infections, the best hope is to break the chain of transmission one infection at a time. There is no way to combat the virus through aerial spraying, dousing the public drinking water with a potion or simply hoping that it will magically go away.

"Social distancing is building speed bumps so that we can slow the spread of the virus. We have to respect the speed bumps," Messaoudi said.

Melissa Nolan, an epidemiologist at the University of South Carolina, said the efficacy of social distancing "is the million-dollar question right now."

She compared the current public measures to what happened during the 1918 influenza pandemic that killed an estimated 675,000 people in the U.S., and in which some cities were more careful than others about enforcing social distancing.

"The USA is currently in a natural experiment of sorts, which each state implementing their own version of social distancing," she said. "We will be able to compare the efficacy of these various public health policies, but not until more time has passed."

The social distancing effort requires individual participation on behalf of a collective need. But it's self-interested first and foremost: No one wants to catch this virus. It can be deadly, and even if not, many victims are miserable for days or even weeks on end.

Not only must people limit their direct contact, they need to limit the amount that their paths overlap, because the virus can linger on surfaces.

Virus degrades outside a host due to exposure to moisture, sunlight, or from drying out. But a study published in the New England Journal of Medicine showed that, in pristine laboratory conditions, some SARS-CoV-2 particles can remain potentially viable on metal or plastic for up to three days.

It's unclear to what degree contact with contaminated surfaces is playing a role in the contagion. This is obviously something everyone would like to know when they handle the pump at a gas station or go to a grocery store. Absent hard data, limiting contact with shared surfaces such as door handles or checkout machines and frequent hand-washing is highly advisable.

Even though we don’t have a vaccine, and no one had immunity to this novel pathogen, people have some innate, mechanical defenses against viruses just as they do against pollen and dust, Taubenberger noted. Cells in the respiratory tract have tiny hairlike projections, called cilia, that move mucus toward the throat in a manner that helps clear invasive particles. This is not our body’s first viral rodeo.