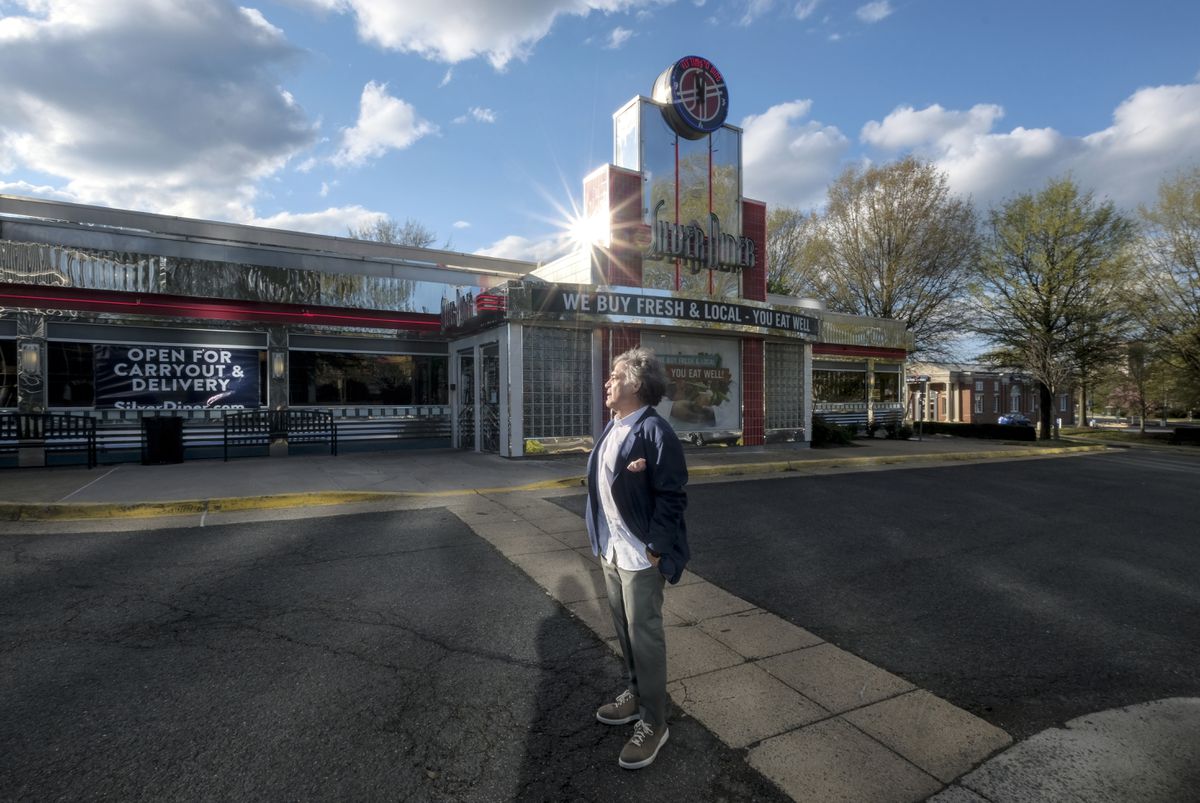 Bob Giamio, founder of the Silver Diner restaurant chain, is hoping to receive emergency funding in the coming days through a federal loan program. But he doesn’t want to spend the money right away.

Small-business owners are supposed to use the loans immediately to keep employees on their payrolls during the coronavirus crisis, but at the moment there is little for Giamio's workers to do. His restaurants in Virginia, Maryland and the District of Columbia will be closed for sit-down service until local officials allow them to reopen.

"Getting the loan is hard enough. Using it is harder," said Giamio, who is lobbying through an industry association for more flexible loan terms.

His frustration is one of a variety shared by business owners as they try to navigate the $349 billion Paycheck Protection Program -- the week-old initiative that Congress is already considering expanding with another $250 billion in funding.

The low-interest loans are meant to save businesses with fewer than 500 employees - and prevent their workers from flooding unemployment offices. So far, the rollout has been rocky.

[Watching his Anchorage cafe crumble under the weight of the coronavirus crisis, one quiet day at a time]

Banks, tasked with dispersing the money, have been confused about the rules, which has delayed lending. Entrepreneurs are reporting troubles applying. And even some who make it through the application process say they're facing dilemmas about how to use the money.

The Small Business Administration, which is overseeing the program, said more than 600,000 loans totaling $161 billion had been approved as of Friday. It didn't provide a figure for the amount of money dispersed.

"Overall, this is the largest economic recovery program in our country's history and it is underway after being built in five short days," the agency said in an emailed statement. "The overwhelming response of applications for PPP assistance since the programs launched illustrates how much America's small businesses -- and those they employ -- need our help."

Small businesses across the country are pouncing on the program. About 70% of 900 entrepreneurs surveyed said they tried to apply for a PPP loan, according to the National Federation of Independent Business. Of those, about three-quarters successfully submitted an application, with the rest reporting problems.

Some entrepreneurs have had trouble finding a bank that will accept their application, in some cases because banks are limiting the loans to pre-existing customers, according to NFIB's survey. The taxpayer-funded program relies on banks to vet and approve loans of up to $10 million.

Gusto, a company that helps small businesses manage their payrolls, said its clients are having more luck applying through local banks, rather than large, national lenders.

After a slow start, big banks have stepped up their participation in recent days. Citigroup began taking applications Thursday. JPMorgan Chase and Bank of America say small businesses have applied for about $40 billion in loans from each bank.

But the banking industry remains frustrated by the rollout. Banks say the Treasury Department and Small Business Administration are still clarifying how the program will operate, making it more difficult to finalize the terms of the loans.

"Clear and concise instructions are still sorely needed on access to the SBA loan programs," the Independent Community Bankers of America and more than two dozen state banking associations said in a letter Thursday to Treasury Secretary Steven Mnuchin and Small Business Administrator Jovita Carranza. "Community bankers throughout the country have worked around the clock to make this critical program work for cash-starved small businesses."

"One thing I wish had been done differently is more reasonable expectations," Ryan said. "Everyone was in such a hurry to announce it that there were expectations that somehow we were going to flip a switch and loans were going to go flying out the door."

Several entrepreneurs interviewed by The Washington Post said they had submitted their paperwork and were awaiting final approval. "My phone is on and I'm keeping my shower door open...I just don't want to miss a call," said Alison Cayne, owner of Haven's Kitchen, a cooking school and cafe in Manhattan, who applied through her local Chase bank branch.

Cayne has managed to avoid laying people off, largely by cutting hours and pay. "My managers all went to 20 hours a week, $20 an hour so we could keep the porters and prep cooks on the payroll and getting healthcare," she said. Cayne is hoping to use part of the emergency funds to pay workers back for those lost wages.

Melissa Wirt, founder of an e-commerce clothing business in Richmond, Virginia, has also avoided laying off her 35 full-time employees, who are mostly working from home. She was approved for a PPP loan through her local bank and is waiting for the funds to arrive. "It allows me to set that money aside and not worry about whether [employees] are going to get paid," she said.

Small businesses can have the loans forgiven, meaning they won't have to pay them back, if they spend most of the money on retaining or rehiring employees. To qualify for forgiveness, they're supposed to spend at least 75% of the funds on payroll within eight weeks of receiving the loan. The rest must be spent on rent, mortgage interest or utilities, if the loan is to be forgiven. Otherwise, recipients need to start repaying the funds after a six-month grace period.

For Giamio, part owner of Silver Diner, which runs 19 restaurants, the mandated timing of the spending is a problem.

In his 30 years in business, he says he’s never laid off an employee, until now. After coronavirus hit, local authorities ordered restaurants to close for sit-down service, forcing Giamio to temporarily lay off 1,600 of 1,800 workers, he said. Most of them are now collecting unemployment, he said. (Some regional restaurant chains qualify for the loans even if they employ more than 500 people.)

[Stimulus aid for ‘small business’ will go to some big chains]

Giamio has maintained his management team and a skeleton crew to handle pick-up and delivery orders, but can't fully open for business until D.C., Maryland and Virginia give him the all-clear. In Virginia, that's not expected to happen until June 10, he said.

He applied through a local bank for a $9.5 million emergency loan and is awaiting approval. But rehiring his workers immediately would be impractical, he said.

"There's no job for them," he said. "We would use all the loan proceeds while we're closed, and we'd be out of funds to reopen."

Giamio wants the rules to change so that the companies can qualify for loan forgiveness if they wait to rehire workers until they are legally allowed to reopen. In the meantime, he'd like to use part of the loan to pay the workers he has retained and to pay suppliers of food and other goods, but he says paying suppliers isn't an allowed use of the funds under current regulations.

He is lobbying his senators and congressional representatives to try to change the rules.

In its emailed statement, the SBA said the point of the program "is to put money in the hands of small business owners so they can, in part, keep employees on the payroll so they can make rent, pay mortgages, buy groceries and generally survive and participate in the economy."

"For a business to take this cash injection from PPP and sit on it while their employees are at home being unpaid defeats the purpose and the spirit of the CARES Act," the law that created the loan program, the SBA said. "All we are asking is that the employer use 75% of what is essentially free money to pay their employees for eight weeks."

Some other business owners said they agree with Giamio's view. Jerry Akers runs a chain of hair salons in Iowa and Nebraska that aren't allowed to reopen until next month at the earliest. He's furloughed most of his 200 workers, who are collecting unemployment.

His business, based in Cedar Rapids, Iowa, has been approved for a PPP loan of about $1 million and is awaiting the funds. He, too, would like to wait to spend on rehiring until he's allowed to reopen, because he'll need an extra cushion as business ramps up again.

"There will be a window there where customers will take time to come back. You are going to be paying for more labor than you might need because people might not be comfortable coming out of their homes quickly," Akers said. "Probably there won't be enough revenue to take care of bills in that time."

Cortney Keene, who owns a clinic for autistic children in White River Junction, Vermont, furloughed 17 of her 20 employees in mid March, after social-distancing advice emerged.

"You can't work with a 2-year-old with autism and be six feet away," she said. "We basically lost all of our revenue immediately." Her workers are now collecting unemployment.