Britain surpasses Italy with most reported coronavirus deaths in Europe 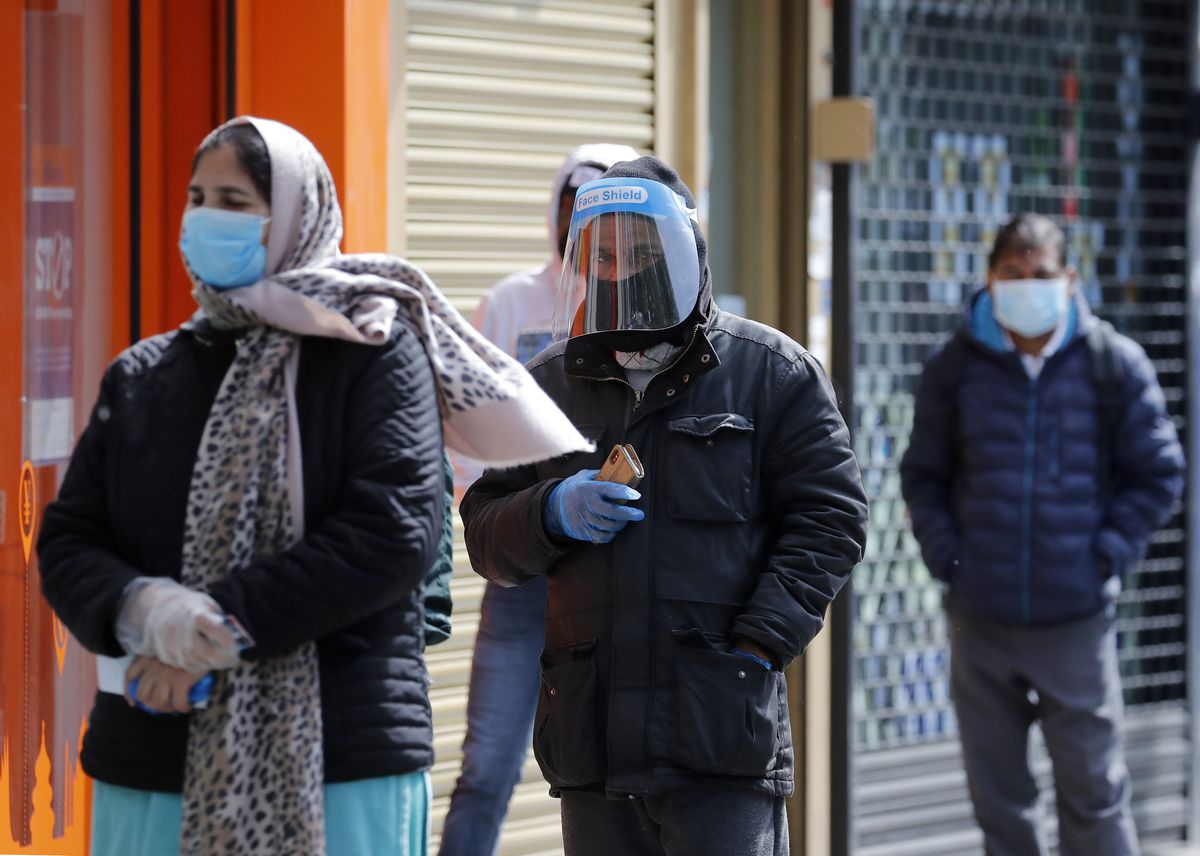 People queue at a post office during the coronavirus lockdown in London, Tuesday, May 5, 2020. While a few European countries relax the COVID-19 lockdown, Britain remains under lockdown without an exit strategy yet.(AP Photo/Frank Augstein)

People queue at a post office during the coronavirus lockdown in London, Tuesday, May 5, 2020. While a few European countries relax the COVID-19 lockdown, Britain remains under lockdown without an exit strategy yet.(AP Photo/Frank Augstein)

LONDON - Britain on Tuesday reported the highest coronavirus death toll in Europe, surpassing Italy, even as officials cautioned that it was difficult to compare figures across nations.

Britain said that 29,427 people have died of the coronavirus in the country, a count that for the first time surpasses the tally in Italy. Italy, which until now was the hardest-hit country in Europe, on Tuesday reported that the virus has killed 29,315 people there.

The grim milestone for Britain - even fuzzy as it is - leaped to the top of news websites and broadcasts here, and it was the first question for Foreign Secretary Dominic Raab at Tuesday's evening news conference.

"All I would just say is, first of all, 29,427 lives lost is a massive tragedy, something in this country, on this scale, in this way, we've never seen before," Raab answered.

In his government's defense, he said, "I don't think we'll get a real verdict on how well countries have done until the pandemic is over and, particularly, until we've got comprehensive international data on all cause of mortality."

Even if all deaths across Europe and the world were reported in exactly the same way - which they are not - Italy has population of 60 million to Britain's 66 million, so direct comparisons must be adjusted.

The United States has recorded more than 69,000 deaths, or more than twice Britain's toll, but its population is also about five times as large. Other factors, including the average age of a population and whether it is more urban or rural, also might be important.

Still, the British death toll was sobering, even if it is a bit of a fudge.

A headline on the Mail Online tabloid even declared, "WORSE THAN THE BLITZ," a reference to Nazi Germany's bombing campaign against Britain during World War II.

Raab, who filled in for Boris Johnson when the prime minister was sick for weeks after being stricken by the coronavirus, said, "I don't think you can make international comparisons."

But the average viewer of the evening news conferences at 10 Downing Street for the past two months will recall ministers and advisers showing a chart comparing the U.K. death toll to those of other countries. According to today's chart, the United States has the highest toll in the world, now followed by Britain.

Angela McLean, the government's deputy chief scientific adviser, said Tuesday that international comparisons were important but hard to make. And, she cautioned, "this isn't over yet."

Britain's growing coronavirus toll comes as the government has been accused of being slow to order a lockdown, of failing to quickly ramp up testing and of failing to provide adequate protective gear, not only to front-line doctors and nurses in hospitals, but also to care workers in nursing homes, which have recorded an explosive number of deaths.

Experts agree that global comparisons are fraught with difficulties. Even within the U.K., there are different official figures.

On Tuesday, Britain's Office for National Statistics published its weekly figures, which put the country's overall death toll at 32,375. The statistical agency uses a broader measuring stick than the government, to include deaths in cases in which covid-19 - the disease caused by the coronavirus - is mentioned on death certificates, even if it is suspected but not confirmed by testing.

Many experts think the real death toll will be substantially higher than official counts. Financial Times economics editor Chris Giles, who has been crunching numbers, puts Britain's current total at 53,800. Modeling done for the London Times newspaper put the toll at about 55,000.

The government's own figures rose sharply last week when it decided to include not only deaths from hospitals, but also those in nursing homes and the wider community.

Johnson has said that international comparisons are "bedeviled with difficulties" and that the real comparison will be made at the end of the epidemic by looking at "excess deaths."

At a recent news briefing, President Trump pointed to a bar graph that showed that Belgium, which has about 11.5 million people, has the highest number of coronavirus deaths per capita.

Authorities in Belgium have said that the figure is misleading because, unlike in some countries, they included potential deaths in nursing homes early on.

Belgian Prime Minister Sophie Wilmès said her government chose "full transparency" when communicating deaths, even if it meant "numbers that are sometimes overestimated."

Germany, which has a population of 83 million, has a death toll of about 7,000 - one of the lowest per capita in Europe.