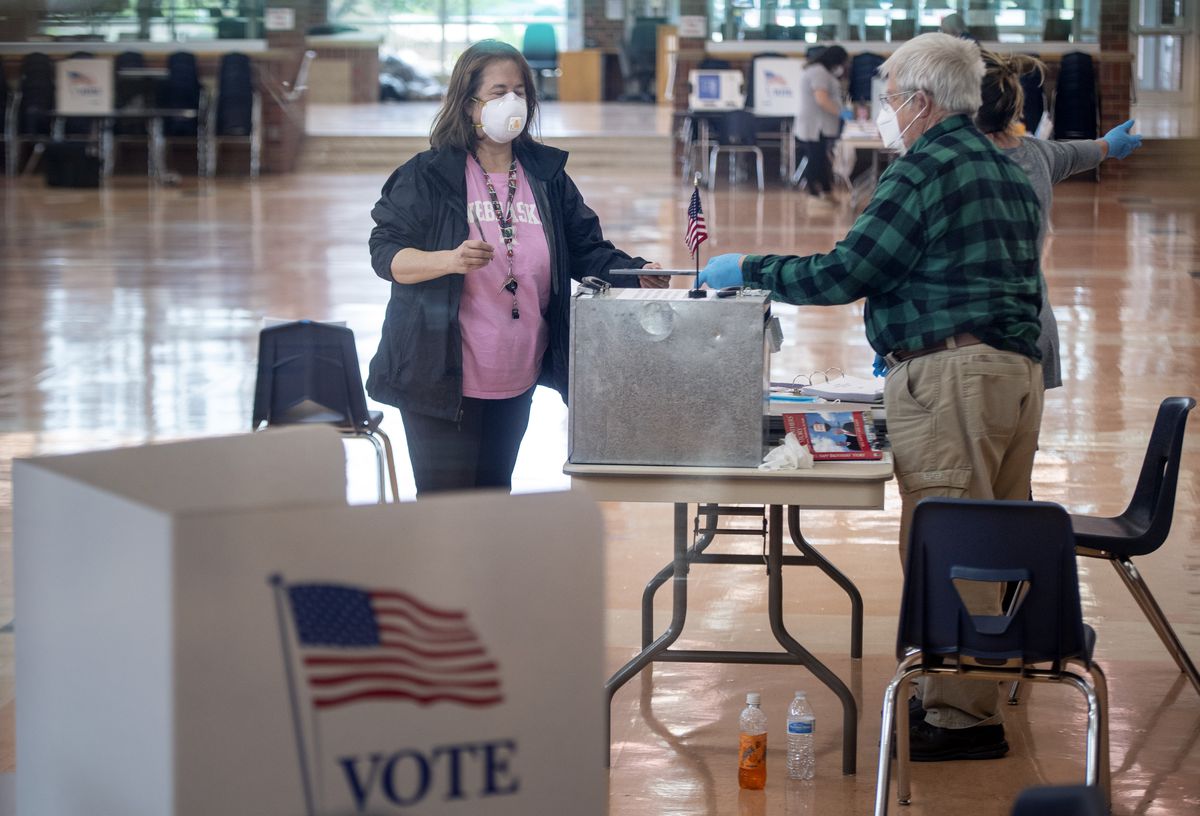 Republican President Donald Trump and presumptive Democratic challenger Joe Biden sailed to easy victories in the election, the first in-person primary since a heavily criticized election in Wisconsin five weeks ago in the middle of the coronavirus pandemic. So did Republican U.S. Sen. Ben Sasse, who faced a GOP primary challenge because of his previous criticism of Trump. Sasse will face Chris Janicek, the owner of an Omaha cake-baking company, who won a nine-way Democratic primary Tuesday night.

In a closely watched Democratic primary for an Omaha-based congressional district, voters chose progressive Kara Eastman over a more conservative candidate. Eastman will once again face Republican Rep. Don Bacon, as she did in 2018.

Officials had encouraged people to vote by mail, though Republican Gov. Pete Ricketts and Secretary of State Bob Evnen both pledged to forge ahead with an in-person primary even though many other states have rescheduled theirs or switched to all-mail voting. Voters easily broke the previous mail-in voting record of around 70,000 in 2018, which includes people who requested early ballots and voters in early rural counties who receive them automatically.

Polling sites in the Omaha suburb of Papillion reported lower in-person turnout than normal. At First Lutheran Church, voters who walked into the basement polling station had plenty of space to cast their ballots.

Michael Rabe, 68, of Papillion, said he wanted to vote in person because he doesn't trust mail-in voting but believes he has a civic duty to cast a ballot. Rabe wore a mask into the polling site, only to realize he was the only voter there at the time. The self-described “hardcore Republican” said he was most interested in voting for Matt Innis, the long-shot primary challenger to Sasse.

“I didn't like that when President Trump got into office, Sasse opposed him,” Rabe said after voting. “I was not a Trump supporter when he was running, but now that he's our president, I am.”

A possible shortage of poll workers prompted Ricketts ordered members of the Nebraska National Guard to provide on-call help at short-staffed polling sites in eight counties, including the Omaha and Lincoln areas. He said Guard members would be dressed in civilian clothes, not their normal uniforms.

Ricketts also waived a state law that requires poll workers to live in the county where they serve, largely because of a poll worker shortage.

This year’s primary was fairly low-key but included a high-profile race among Democrats who want to unseat Bacon of Nebraska’s 2nd Congressional District. The Omaha-area district is one of the few in Republican-led Nebraska where Democrats are competitive.

Eastman defeated Omaha lawyer Ann Ashford and Omaha business owner Gladys Harrison to win the Democratic primary. Eastman had positioned herself as a progressive, while Ashford pitched herself as a moderate. Harrison touted herself as a unifying voice but hasn't raised nearly as much money or gotten as much attention.

Randall Crutcher, 45, voted at Papillion Middle School Tuesday morning because he and his wife forgot to request early, mail-in ballots. He wore a mask as he walked inside, only to find the polling site virtually empty except for poll workers.

Crutcher said he had been an independent for most of his adult life and holds conservative views on spending, but re-registered as a Democrat two years ago because of the GOP’s support of President Donald Trump.

He said he liked both Democratic candidates in the 2nd Congressional District race, but voted for Eastman because of her life story, including her struggles to care for her ailing mother. On the campaign trail, Eastman often discusses her mother’s inability to afford prescription drugs to fight her cancer.

“She has built-in empathy,” Crutcher said. “That’s something we all need right now.”