For most of Afghanistan war, America ‘never really fought to win,’ Trump declares 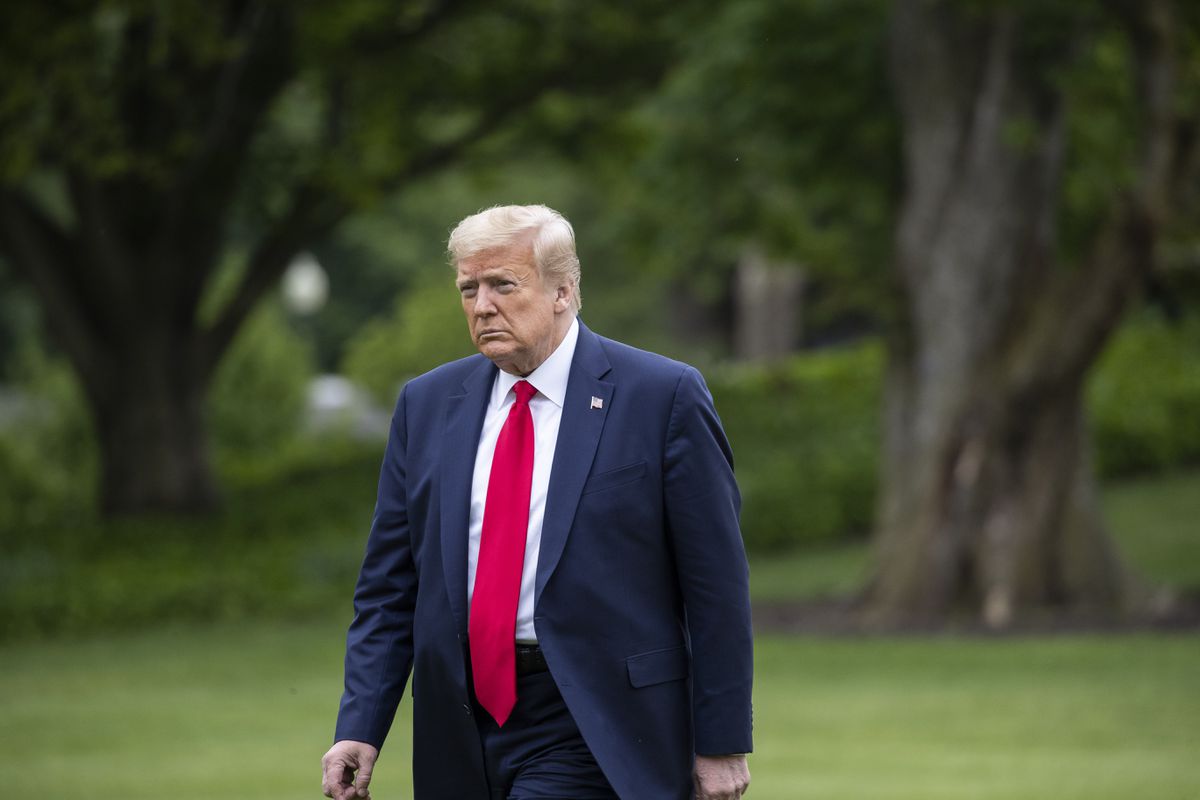 President Donald Trump walks across the South Lawn of the White House in Washington, Sunday, May 17, 2020. Trump was returning from nearby Camp David, Md. (AP Photo/Alex Brandon)

President Donald Trump walks across the South Lawn of the White House in Washington, Sunday, May 17, 2020. Trump was returning from nearby Camp David, Md. (AP Photo/Alex Brandon)

President Donald Trump on Monday declared that the United States had “never really fought to win” in Afghanistan, except early in the nearly two-decade-long war, making a sweeping statement about military efforts as thousands of U.S. troops continue to serve, and sometimes die, in counterinsurgent operations there.

In a series of tweets, the president pushed back against a May 17 Wall Street Journal editorial cautioning against abrupt decisions regarding Afghanistan, where U.S. officials are seeking to facilitate a peace deal between Taliban militants and the Afghan government ahead of a planned reduction in U.S. forces.

"Could someone please explain to them that we have been there for 19 years," Trump wrote. "The Taliban is mixed about even wanting us out. They make a fortune $$$ out of having us stay, and except at the beginning, we never really fought to win."

"We are more of a police force than the mighty military that we are, especially now as rebuilt. No, I am not acting impulsively!" he said.

Since the war began in the wake of the Sept. 11, 2001, attacks, more than three-quarters of a million Americans have deployed to Afghanistan, and more than 2,300 U.S. troops have died. During President Barack Obama's troop surge, about 100,000 military personnel were arrayed across the country, fighting to win remote areas from Taliban control.

Over the past year, the military mission has focused on pummeling militants with airstrikes and supporting Afghan forces in an effort to induce the Taliban to embrace political talks outlined in a Feb. 29 U.S.-Taliban deal. That deal halted U.S. attacks on the Taliban and outlined a path toward an American departure.

Officials have declined to give an exact number for the U.S. force, which serves there as part of a NATO-led coalition, but said the number is being brought down to 8,600 this spring as an initial step in the recent agreement.

While officials have acknowledged that the war has been locked in an extended stalemate and that many hard-won battlefield gains have not been sustained, Trump's commentary was unusual for a commander in chief. Typically, presidents have heaped praise on military efforts no matter their outcome.

At other moments, Trump has also lauded the military effort in Afghanistan, including during a surprise Thanksgiving visit last year. Speaking to troops at a U.S. airfield outside Kabul, Trump praised troops who had deployed to "defend liberty" since the start of the war and those who "continue to serve heroically to stamp out terrorism and to eviscerate the enemies of civilization."

It remains unclear how quickly further reductions will follow if peace talks, already delayed, do not begin or progress. Trump, who has spoken about his desire to end the war since he was a presidential candidate, has repeatedly expressed frustration about the conflict and the resources it has involved.

"You can only hold someone's hand for so long," he said in March, referring to Afghanistan.

Richard Fontaine, who served as foreign policy adviser to the late Republican Sen. John McCain and is now CEO of the Center for a New American Security, said that "anybody who said we didn't fight to win would have a hard time explaining Obama's surge, when the military unleashed very serious operations again the Taliban."

The Taliban, meanwhile, has continued to demonstrate its resilience, conducting attacks that have resulted in a surge in Afghan casualties this spring. So far in 2020, four U.S. troops have died in hostile action. Last year, almost 20 died.

U.S. military officials have said that even if a peace deal can be reached, a significant counterterrorism threat will remain given the presence of al-Qaida and Islamic State militants.

In its editorial, the Wall Street Journal appeared to voice concern about a sudden withdrawal order.

"The Taliban know that President Trump is eager to withdraw all U.S. troops from the country, preferably before Election Day in November, so he can claim a diplomatic victory," the editorial read. "But that gives the Taliban an incentive to bide their time in the hope of goading Mr. Trump to do something impulsive."

A Pentagon spokesman referred questions about the president's tweet to the White House. The White House did not provide a comment.

The Washington Post’s Julie Tate and Karen DeYoung contributed to this report.