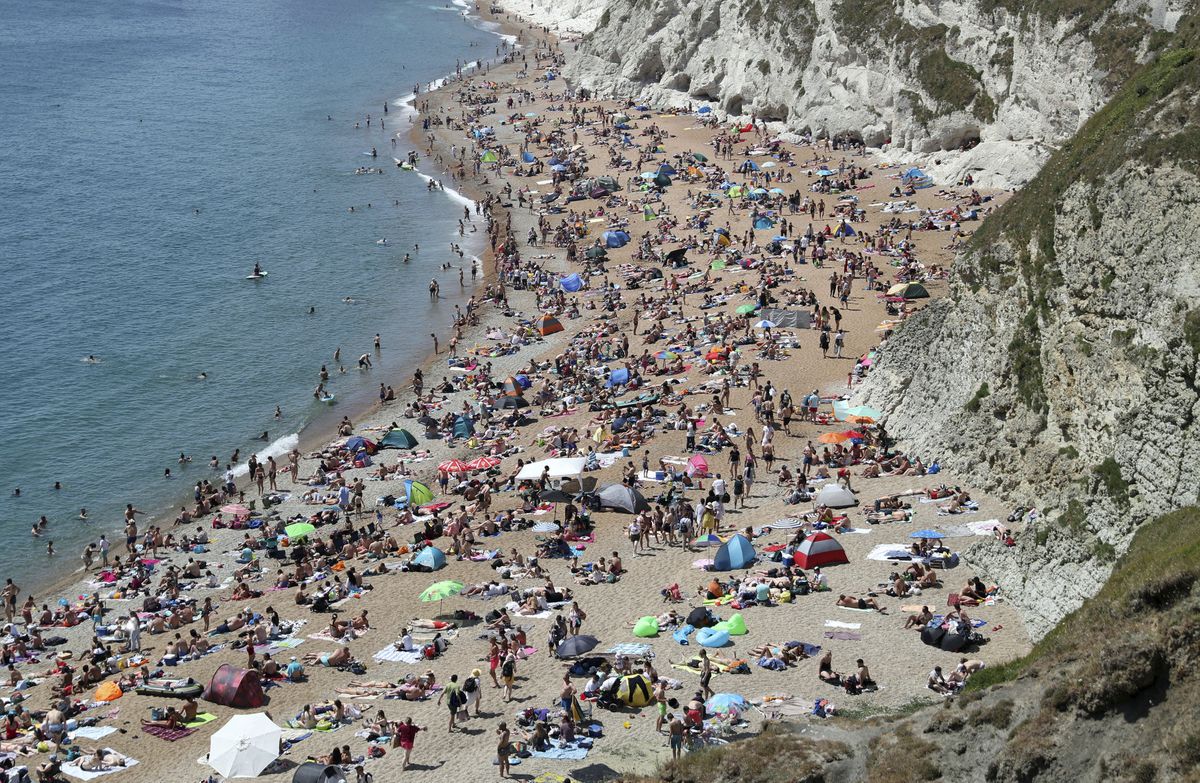 People on the beach at Durdle Door near Lulworth in Dorset, England, Saturday, May 30, 2020. (Andrew Matthews/PA via AP)

People on the beach at Durdle Door near Lulworth in Dorset, England, Saturday, May 30, 2020. (Andrew Matthews/PA via AP)

Astonishing warmth in Siberia helped propel global average surface temperatures to a record high during May, according to the Copernicus Climate Change Service, a science division of the European Union.

In addition, the January through May period was the second-warmest such period on record since at least 1979, scientists found. This is likely to be confirmed in coming days by other science agencies whose data extends back to the late 19th century, such as NASA.

This is significant because 2016 was the warmest calendar year on record, boosted to the No. 1 spot by both human-caused global warming and a strong El Niño event in the tropical Pacific Ocean. Such events, which feature above-average sea surface temperatures and altered weather patterns across large parts of the globe, are associated with temporary increases in global average temperatures.

The regions of the globe that were most above average during May include the areas you'd expect to be cold, even at that time of year, namely Siberia, Alaska and Antarctica. In Siberia, average temperatures were up to 18 degrees (10 Celsius) above typical values for the month, which have been associated with melting snow and ice cover, "zombie wildfires" that may have reignited from the last fire season after a winter spent burning in peatlands below ground, as well as thawing permafrost that may have contributed to a recent oil spill.

Other areas, such as Australia, were unusually cool for the month.

Copernicus uses a technique involving the reconstruction of global weather called reanalysis, which in the past few years grew sophisticated and accurate enough to use to track global climate conditions in near-real-time.

Projections from the National Oceanic and Atmospheric Administration as well as NASA show that the odds favor 2020 setting a new global annual temperature record, beating 2016. However, a periodic cooling in the waters in the tropical Pacific, known as La Niña, could drop it back to a top three warmest year.

Illustrating the challenges facing the world to limit the severity of global warming, carbon dioxide levels at the Mauna Loa Observatory in Hawaii hit a record high during May, registering a level of 414.7 parts per million.

That's the most carbon dioxide that's been in the atmosphere in about 3 million years, back when early human ancestors were beginning to emerge in Africa and sea levels were at least 50 to 80 feet higher than they are now.

Insight into our future comes from paleoclimate evidence about that period, known as the Pliocene Epoch, as well as others. The unsettling findings show that there was little to no ice on Greenland at the time of the Pliocene, and a drastically reduced Antarctic Ice Sheet as well.

These conditions were associated with carbon dioxide levels at the time and indicate where our current climate may be headed, though the source of the carbon emissions back then were natural, and not added by human activities as they are now.