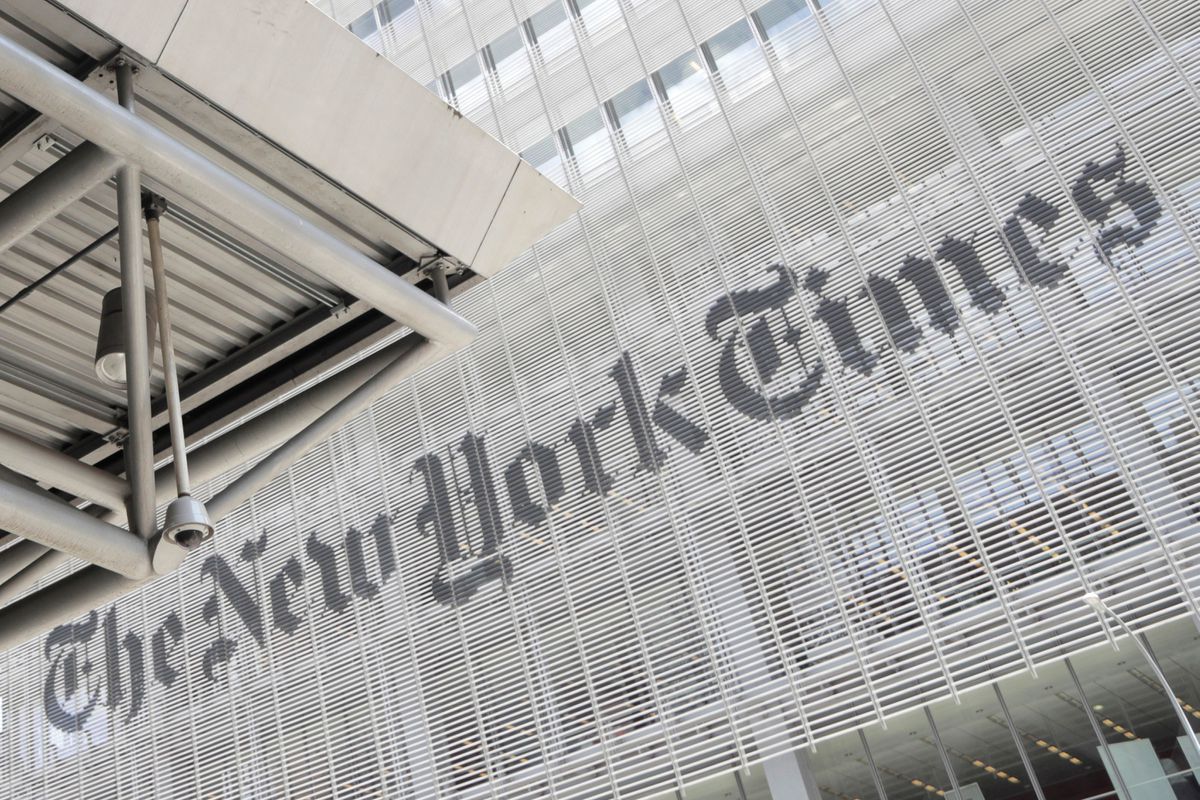 The announcement comes three days after Bennet acknowledged that he had not read, before publication, a controversial opinion article from Sen. Tom Cotton, R-Ark., headlined "Send in the Troops," which called for military intervention in U.S. cities where protests over police brutality have ignited violence.

Dozens of Times staffers spoke out on Twitter on Wednesday evening to denounce their newspaper's decision to run the essay shortly after it appeared online, calling it inflammatory and saying it contained assertions debunked as misinformation by The Times's own reporting; several hundred later signed a letter objecting to it.

Bennet and the paper's publisher initially defended the publication of the piece, promoting the benefits of an opinions section that includes diverse viewpoints. But by Thursday evening, a little more than 24 hours after it published, The Times abruptly said the op-ed was the result of a "rushed editorial process" and "did not meet our standards." A lengthy editor's note to the column was added.

"Last week we saw a significant breakdown in our editing process, not the first we've experienced in recent years," Publisher A.G. Sulzberger said in an email to Times staffers about the shake-up. Neither his message nor either the official announcement from The Times mentioned Cotton's op-ed.

The op-ed was published by the newspaper's opinions section, which is independent of and managed separately from its news section.

Bennet's resignation ends a tenure during which he expanded the editorial page roster and saw one of his writers win a Pulitzer Prize. The younger brother of Sen. Michael Bennet, D-Colo., he previously had a long career on the Times news staff, as White House correspondent and Jerusalem bureau chief. Bennet, 54, was considered one of the potential internal candidates in contention to succeed Executive Editor Dean Baquet, who has said he plans to step down in a few years.

Bennet also oversaw the section through several high-profile controversies, including one that led to legal action by Sarah Palin, who accused The Times of linking her to the 2011 shooting of then-Rep. Gabrielle Giffords, and an op-ed by conservative columnist Bret Stephens, in which he seemed to compare a professor calling him a bedbug on Twitter to the Nazis' treatment of Jews during the Holocaust.

The Times reported on Thursday that the Cotton op-ed was handled by an editor named Adam Rubenstein who shrugged off accuracy concerns raised by a photo editor, and that Bennet had acknowledged in a meeting that he had not read it. Dao, Bennet's deputy, told colleagues in internal messages reviewed by The Post that he had read the op-ed and that it had been fact-checked.

Dao, a well-liked personality in the newsroom and the highest-ranking Asian American at the paper, defended Rubenstein on Saturday night. "I oversaw the acceptance and review of the Cotton Op-Ed," he wrote on Twitter, saying blame should be laid with the opinions section's leaders and not with "an intrepid and highly competent junior staffer."

Bennet has not publicly commented since Thursday. Colleagues said he broke down in tears during a meeting with one staffer, saying he had let his colleagues down.

Several writers who objected to the piece said that they recognized the editorial page was a place to publish varying viewpoints, but called the Cotton op-ed irresponsible. Internally, staffers called for greater transparency, and several of the newspaper's sections held intense meetings.

In a phone interview Sunday, Sulzberger acknowledged that the turmoil over Cotton's piece and Bennet's subsequent resignation had been challenging for the entire Times organization - part of a tumultuous period that began before he was named publisher in January 2018 and has included the rise of misinformation, the attacks on the press by President Donald Trump, and "the collapse of the news ecosystem."

He gave Bennet warm praise for broadening the ranks of columnists at The Times, and of reinvigorating the staff-written editorials to lead crusades on issues such as privacy and economic inequality.

And yet, "there were real mistakes here," Sulzberger said. He added that he sees a need for a larger rethinking of how The Times handles op-ed pieces.

"I've increasingly concluded that it's broken," he said of the op-ed form. While he sees value in having individuals outside The Times make an argument in their own voice, it can be hard for readers to understand, especially in the digital form, that these are not The Times's opinion being offered.

But he emphasized that The Times is not backing off from offering a wide range of viewpoints within its opinions section - and that he won't yield to those who don't want to hear opposing views. "Independence is our most important strength and the thing I guard most zealously," he said.

Trump, who has long railed against The Times as an "enemy," was pleased with the announcement, tweeting, "Opinion Editor at @nytimes just walked out. That's right, he quit over the excellent Op-Ed penned by our great Senator @TomCottonAR. TRANSPARENCY! The State of Arkansas is very proud of Tom. The New York Times is Fake News!!!" Cotton retweeted the note, adding an American flag emoji.

In response to Trump, associate managing editor Clifford Levy tweeted that the paper "is committed to helping people understand a wide range of voices in the public debate. That role is as important as it's ever been. The decision to change @nytopinion management has nothing to do with our belief in that mission, which remains a core principle."

Many staffers remained publicly silent in the hours following the announcement. Some defended the former editor's reputation. National reporter Farah Stockman tweeted, "I will always remember him as the editor who gave Ta-Nehisi Coates the space to write the groundbreaking Case for Reparations . . . when few would entertain the idea. That's the James Bennet I know."

The Washington Post’s Margaret Sullivan and Sarah Ellison contributed to this report.