Two infected Missouri hairstylists were wearing masks. None of their 140 customers, also masked, got COVID-19. 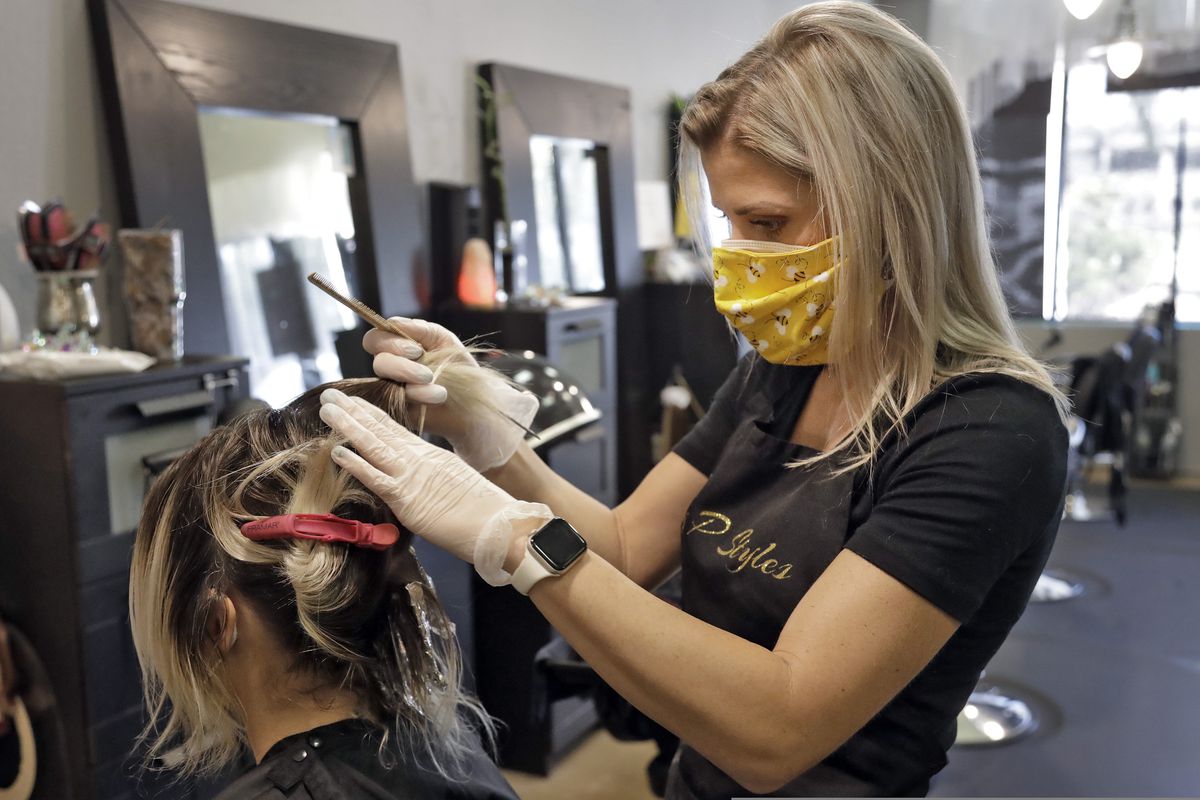 Priscilla Daughtry, of Pretty P Styles, does a hair coloring on a client Monday, May 11, 2020, in Clearwater, Fla. Hair and nail salons are allowed to reopen with rules to help stop the spread of the coronavirus. (AP Photo/Chris O'Meara)

Priscilla Daughtry, of Pretty P Styles, does a hair coloring on a client Monday, May 11, 2020, in Clearwater, Fla. Hair and nail salons are allowed to reopen with rules to help stop the spread of the coronavirus. (AP Photo/Chris O'Meara)

The Springfield-Greene County Health Department says the incubation period has passed after the hairstylists worked on 140 people at the location in Springfield. Six coworkers also were potentially exposed.

"This is exciting news about the value of masking to prevent COVID-19," Health Director Clay Goddard said in a news release. "We are studying more closely the details of these exposures, including what types of face coverings were worn and what other precautions were taken to lead to this encouraging result."

A hairstylist at the Great Clips location served 84 clients while symptomatic. The hairstylist infected a coworker, who worked with 56 clients.

"If any developed, they would have been referred to testing," the spokeswoman said.

Erik Chase, a Springfield resident ordered to quarantine after receiving a haircut at the Great Clips, told ABC News he was "thankful" for the positive news.

"Maybe now I can go back to some sense of normalcy," Chase told ABC News.

The exposures sparked outcry in the Missouri community, and three Great Clips locations in the area closed temporarily due to threats against the business, The Kansas City Star reported.

On Tuesday, a company spokeswoman told McClatchy that salons had reopened except the business where the hairstylists worked.

“We learned from the Springfield-Greene County Health Department that all customers who were tested for COVID-19 after visiting a franchised Great Clips salon in Springfield have confirmed negative test results,” the company told KY3 in a statement. “Together with our 1,100 independent franchisees, we care deeply about the well-being of customers, salon staff and the communities we serve, and we are grateful for the health of these individuals. We thank the health department for their important work during this time.”