American Airlines ‘humiliated’ amputee when she tried to use lavatory, lawsuit says 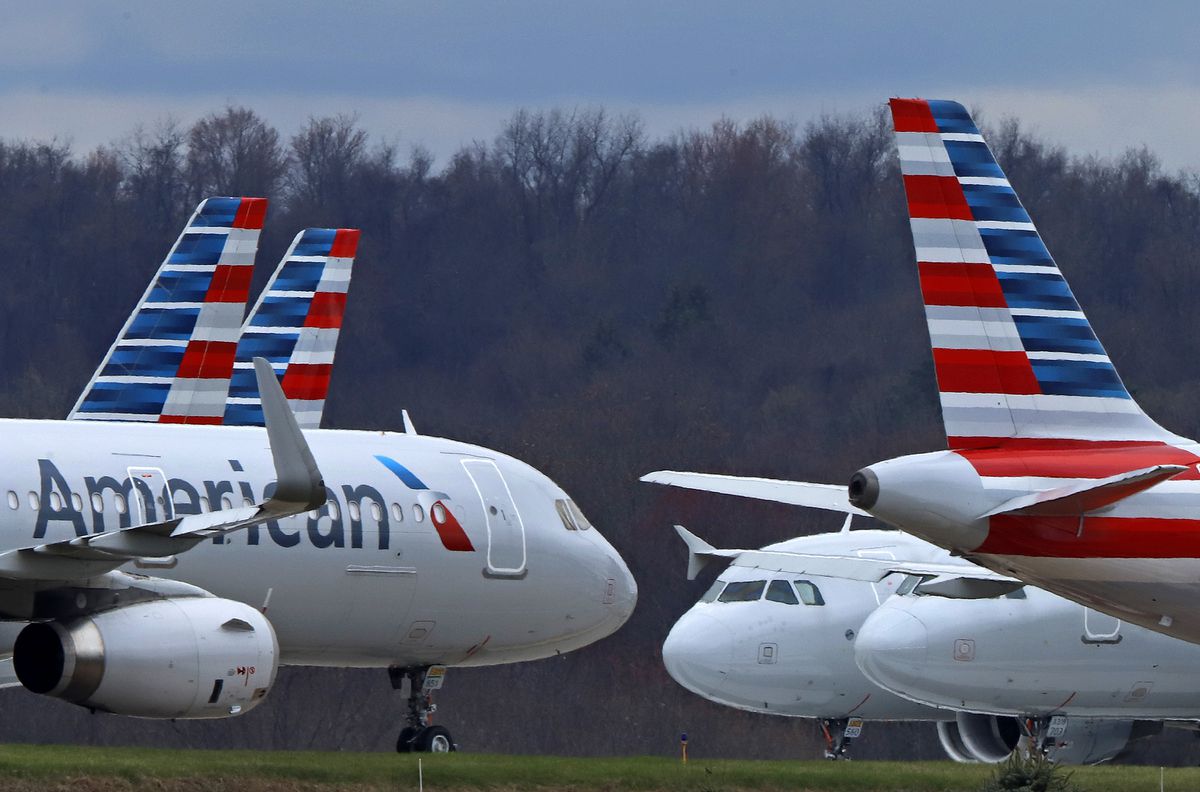 An Idaho woman is suing American Airlines and online travel agency CheapOair, alleging that despite her family’s efforts, the companies failed to provide proper accommodations for her cross-country flight, causing emotional distress and humiliation.

The lawsuit, filed in U.S. District Court for the Northern District of Utah this week, says Tammy Sue Spears, who has a partial leg amputation, was subjected to a humiliating chain of events including being dragged and dropped in the aisle of the plane while trying to get to the lavatory on her flight from Salt Lake City to Charlotte, N.C., on Aug. 10.

"American Airlines and CheapOair owed a duty of care to Mrs. Spears to provide her with an aisle wheelchair," said Diane Marger Moore, who is representing Spears along with Ronald Goldman and Nicholas Frandsen. "They not only failed to provide her with a chair, they failed to warn her that without one, there would be no means for her to use the lavatory for the duration of the flight. These failures combined with the flight crew's lack of compassion caused physical and emotional harm to our client that may not ever fully heal."

A spokesman for American Airlines said the company has been in contact with Spears.

"We take the safety and comfort of our customers very seriously and we're committed to providing a positive experience for everyone who travels with us," American Airlines said in a statement. "We have been in contact with Ms. Spears and her family on multiple occasions, and we will address the allegations in the lawsuit in due course."

A spokeswoman for CheapOair said the company has no record of Spears asking for special accommodations when she booked her ticket online.

"We provide customers with the opportunity on our site to indicate whether special accommodations are required for their flight," said Kathi Moore, a spokeswoman for the company. "Our records indicate that Ms. Spears made no such special accommodation request. We deeply sympathize with Ms. Spears' experience, but the conversation in this regard must be between her and the airline."

According to the lawsuit, Spears, 51, was flying for the first time since undergoing two surgeries to amputate a portion of her left leg below the knee. Before to the trip, Spears's family had reached out to American to determine the best airport and the best flight to ensure a smooth journey from her home in Jerome, Idaho, to her sister's home in Richmond, Va.

Spears, uses a wheelchair and is legally blind, the suit noted.

After consulting with the airline, the family purchased a ticket through an online booking company, CheapOair. A few days before her flight, the suit says, the family contacted American Airlines to note that Spears, who was traveling alone, would need wheelchairs as she moved through the various airports as well as an onboard aisle chair. (Onboard aisle chairs are used on flights to help passengers who are unable to walk on their own move about the plane.)

Spears used a wheelchair to move through airport security at Salt Lake City International Airport and once she arrived at her gate was able to board the airplane using an onboard aisle chair, the suit said. However, the suit says, the airline did not ensure that the aisle chair was loaded onto the airplane so it would be available to Spears during the four-hour flight.

Spears attempted to "hold it" but eventually said she needed to go to the lavatory. Crew members attempted to help Spears from her seat to the restroom but in the process, "dropped, pushed, dragged and injured" her, according to the lawsuit. At one point, Spears fell to the floor. The suit says Spears was then told by a crew member to hop on her remaining leg toward the bathroom, but Spears was unable to do so.

Spears, the suit says was then directed by a crew member to "scoot" on the floor with help from a flight attendant and passenger. She did reach the lavatory, but was so exhausted could not get up from the floor, so crew members and the passenger pushed suitcases and other "hard surfaced containers" under her to raise her up. According to the suit, that crew members would not permit Spears to close the lavatory door, so she was forced to disrobe in full view of passengers sitting in the first-class cabin.

To help Spears return to her seat, crew members had her sit on a raised "flat" so she could be pulled back to her seat. A passenger sitting in first class was so distraught about the incident, the suit said, that he gave Spears his seat.

When she arrived in Charlotte for her connecting flight to Richmond, Spears was taken to a separate room, where she was “interrogated about the incident against her desire.” There, the suit says, American Airlines agents denied fault and further embarrassed her before allowing her to continue on her trip.