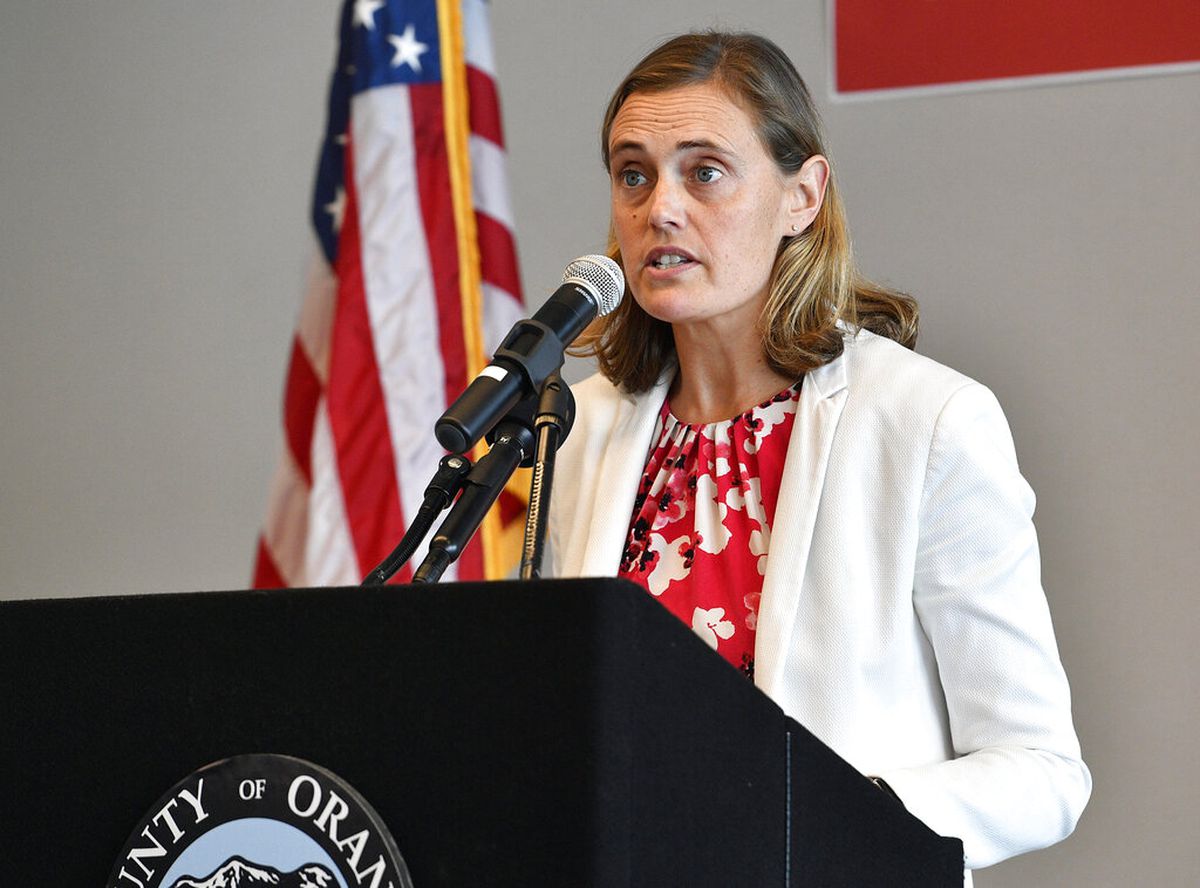 For Lauri Jones, the trouble began in early May. The director of a small public health department in western Washington State was working with a family under quarantine because of coronavirus exposure. When she heard one family member had been out in the community, Jones decided to check in.

"Someone posted on social media that we had violated their civil liberties [and] named me by name," Jones recalled. "They said, 'Let's post her address . . . Let's start shooting.' "

People from across the country began calling her personal phone with similar threats.

“We’ve been doing the same thing in public health on a daily basis forever. But we are now the villains,” said Jones, 64, who called the police and set up surveillance cameras at her home.

Public health workers, already underfunded and understaffed, are confronting waves of protest at their homes and offices in addition to pressure from politicians who favor a faster reopening. Lori Tremmel Freeman, chief executive of the National Association of County and City Health Officials, said more than 20 health officials have been fired, resigned or have retired in recent weeks “due to conditions related to having to enforce and stand up for strong public health tactics during this pandemic.”

Although shutdown measures are broadly popular, a vocal minority opposes them vociferously. There have been attacks on officials’ race, gender, sexual orientation and appearance. Freeman said some of the criticisms “seem to be harsher for women.”

Marcus Plescia, chief medical officer of the Association of State and Territorial Health Officials, said attacks on health officials have been particularly awful in California, Colorado, Georgia, Ohio and Pennsylvania.

This month in California, Nichole Quick, Orange County's chief health officer, stepped down after she faced threats and protests at her home for requiring face coverings in many businesses as cases rose. The mandate, issued May 23, was softened to a recommendation a week later.

Andrew Noymer, a professor of public health at the University of California at Irvine who is part of a county task force, said it was not the first time Quick had been undermined.

On March 17, Quick issued a strict lockdown order; a day later it was amended to add exceptions.

"It was couched as a clarification, but it was a walk back," Noymer said, because of pressure from business leaders.

Quick's departure is part of an exodus of public health officials across the country who have been blamed by both citizens and politicians for the disruptions caused by the coronavirus pandemic.

"I don't think I've ever seen anybody resign for the kinds of reasons we've seen recently," Plescia said. "We are very concerned that if it continues to get worse it's going to have major implications for who will be willing to have these jobs."

Ohio's public health director, Amy Acton, shifted to an advisory role after enduring months of anger against the state's preventive measures, including armed protesters at her home bearing messages including anti-Semitic and sexist slurs. One Republican lawmaker linked Acton, who is Jewish, to Nazi Germany; another called her a dictator.

Pennsylvania's secretary of health, who is transgender, has come under fire for the state's handling of the pandemic, including from a county official who resigned after saying at a recent meeting that he was "tired of listening to a guy dressed up as a woman."

A day after telling political leaders in Weld County, Colo. that their insistence on a speedy reopening despite a high case rate and widespread transmission was giving him "serious heartburn," Public Health Director Mark Wallace got a 7:30 p.m. email: He had until 9 a.m., it said, to weigh in on guidelines for reopening businesses - "churches, salons, restaurants, etc."They would go public an hour later.

Wallace, who declined to comment for this article, retired soon after.

Theresa Anselmo, executive director of the Colorado Association of Local Public Health Officials, said 80 percent of members had reported being threatened and more than that were at risk of termination or lost funding.

"It's exhausting to be contradicted and argued with and devalued and demoralized all the time, and I think that's what you're seeing around the country," Anselmo said. "We've seen from the top down the federal government is pitting public health against freedom, and to set up that false dichotomy is really a disservice to the men and women who have dedicated their lives . . . to helping people."

Not everyone has left willingly. In Colorado's Rio Grande County, Emily Brown was fired, she says, after advocating a more cautious response to the virus.

"I think I just finally pushed too hard," she said. "There was resistance to taking steps as quickly as I felt they needed to be taken or move in directions I thought we needed to."

She had been in her position for six years and valued being part of a close-knit rural community. But during the pandemic, she said, she began getting threatening messages online from people she considered neighbors, including one Facebook post that referenced hanging. She became worried about who she might run into at the grocery store.

"I've been surprised at who professes that vitriol so vocally on platforms like social media," she said.

Derrick Neal, who runs the public health department in Round Rock, Texas, and is past president of the state public health workers' association, said given the virus's impact on daily life, public health was inevitably tied up in politics. "But a community has to be healthy in order to be economically solvent," he said. "That's been lost in the politics of all this."

"Half a dozen county health leaders are leaving their positions in the coming weeks. All of them have served with distinction and in the interest of public health," California Medical Association president Peter Bretan Jr. said in a statement. "We are deeply concerned that politics may be trumping public interest."

After Los Angeles County health official Barbara Ferrer held a news conference on May 13 saying some stay-at-home restrictions may remain in place for three more months, a doctored photo of her with dark circles under her eyes made its way across social media. One tweet, liked or retweeted more than 100,000 times, called her "the most unhealthy looking person I have ever seen."

In a full-page ad in the local newspaper, a business council accused Santa Clara County's public health officer, Sara Cody, of "cratering our economy" for being the first in the nation to impose a shelter-in-place order. The local sheriff is now investigating threats against her.

People in the field worry that many of these vacant positions will be difficult to fill.

“This is the beginning of a wave of people leaving,” Anselmo said. “Who would want to go work as a director in a public health department when you have a target on your back?”