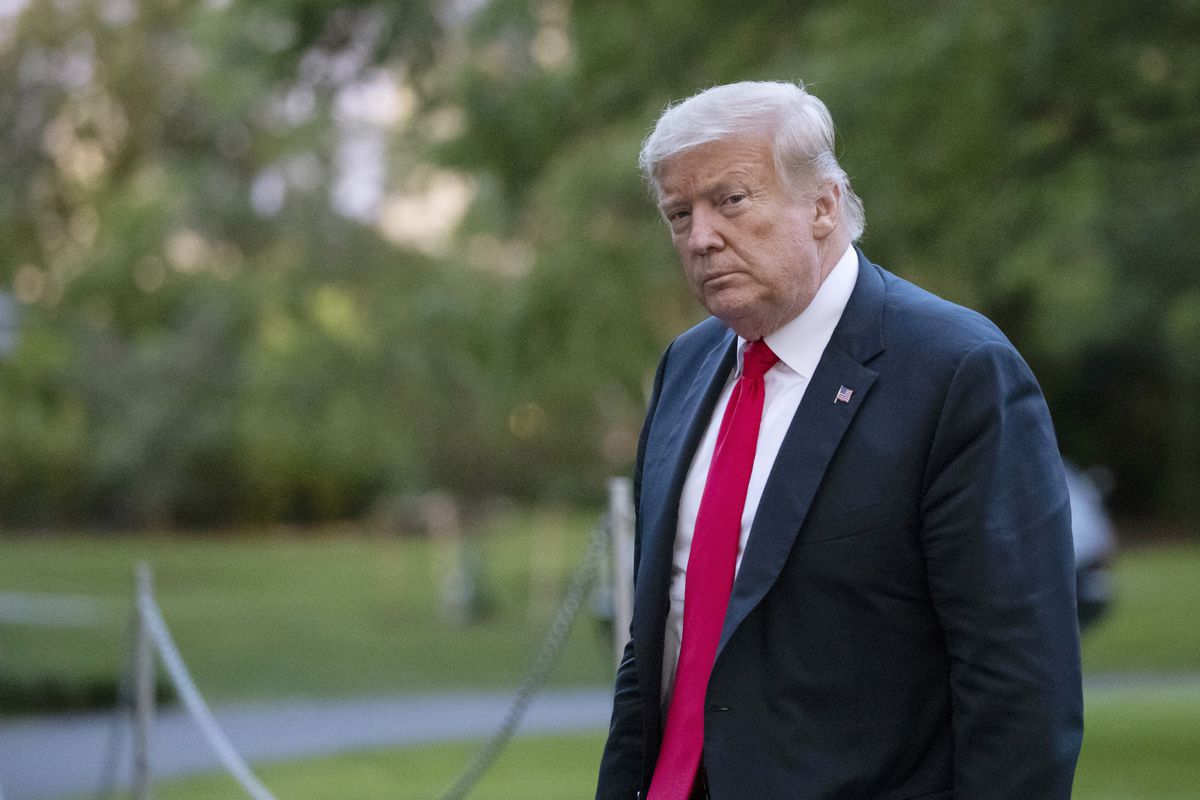 President Donald Trump walks on the South Lawn after arriving on Marine One at the White House in Washington. (AP Photo/Alex Brandon, File)

President Donald Trump walks on the South Lawn after arriving on Marine One at the White House in Washington. (AP Photo/Alex Brandon, File)

WASHINGTON -- Leading Republican lawmakers on Monday confirmed that U.S. intelligence agencies have developed information about a Russian military operation targeting U.S. and allied forces in Afghanistan. But they said that any U.S. response should wait until intelligence agencies fully review the material, some of which was shared with members of Congress in a classified briefing at the White House.

Current and former intelligence officials familiar with the intelligence said it was less ambiguous than White House officials and some lawmakers have portrayed and indicated that Russian military intelligence had offered bounties to Taliban-linked militants who killed U.S. military personnel.

The CIA in particular has been analyzing the intelligence for several months and has assessed that the Russian program is real, according to these people. The CIA declined to comment.

The intelligence was considered significant and credible enough that it was included in the President's Daily Brief, according to two individuals familiar with the matter, who like others spoke on the condition of anonymity to discuss sensitive intelligence. The brief is a collection of the most significant analysis on issues affecting national security and foreign policy and is prepared for the president and his top advisers.

Some officials think the Russian operation led to the deaths of several U.S. service members, according to intelligence gleaned from captured militants in recent months. It was unclear exactly how many Americans or coalition troops from other countries may have been killed or targeted, several people familiar with the matter said.

"There was intelligence reported on the allegation that the Russians were offering a bounty to the Taliban to kill Americans, but at the same time there was a very strong dissenting view from another agency within the intelligence community," said Rep. Michael McCaul of Texas, the top Republican on the foreign affairs committee. "This happens where you get one agency that does, say, human intelligence and another one does signals intelligence, and you'll have a difference in opinion as to the accuracy and credibility of the intelligence. It's got to be accurate and credible intelligence for them to present it to the president and for him to be able to make a decision on what action to take."

He said there is a "massive scrub within the intelligence community to try to find out the veracity of this reporting." He also said separately on Monday that if the intelligence is verified, the administration should take "swift and serious action" to hold Russian President Vladimir Putin accountable.

The White House briefings, which were given exclusively to Republican lawmakers, came amid outrage from Democrats, and rising concern from members of his own party, that President Donald Trump was again playing down Russian threats to U.S. national interests.

Rep. Adam Schiff, D-Calif., chairman of the House Intelligence Committee, told CNN that he has asked the intelligence agencies to brief the panel in a closed session, in person, and hopes it can be done "as soon as possible." He said he will be at a Tuesday morning briefing at the White House for a handful of Democrats who wanted to know whether Trump was told about the intelligence. The president has said he was not.

"Is this again a concern with speaking truth to power - that Donald Trump doesn't want to hear anything negative about Vladimir Putin?" Schiff said.

Within the intelligence agencies, there remains some disagreement about the credibility of all the sources, according to people familiar with the matter. It's not unusual for agencies to disagree about some pieces of information and even question the accuracy of a source but still agree that the intelligence points toward a particular conclusion.

Trump dismissed the intelligence reports and said he was never told that a Russian military spy unit offered bounties to militants to attack coalition forces in Afghanistan, including U.S. troops.

"Intel just reported to me that they did not find this info credible, and therefore did not report it to me or @VP," Trump said in a tweet on Sunday, referring to Vice President Mike Pence. He added that he considers such reports "possibly another fabricated Russia Hoax" spread by the "Fake News . . . wanting to make Republicans look bad!!!"

Earlier Sunday, Trump had tweeted that he had not been briefed about the intelligence, but he did little to clarify whether the administration was denying that the assessment existed or denying that he knew about it.

The White House has not addressed whether the information was included in the PDB and if so, whether Trump read it or was spoken to about it. Trump routinely skips reading the report, officials have said.

White House press secretary Kayleigh McEnany echoed Trump's tweet during a briefing, saying he hadn't been briefed and asserting that "there is no consensus within the intelligence community on these allegations."

"In effect, there are dissenting opinions from some in the intelligence community with regards to the veracity of what's being reported, and the veracity of the underlying allegations continue to be evaluated," she said from the White House podium.

Former intelligence officials said it was unusual not to inform the president about threats to U.S. forces, even if the information was still being assessed. They also noted reports that the United States shared the intelligence with British officials, given that their forces also were thought to have been targeted. Trump should have been briefed in case the issue came up in conversation with the British prime minister, the former officials said.

Britain has nearly 1,000 troops in Afghanistan and has a close intelligence relationship with the United States. Officials there are said to be particularly interested in whether the Russian intelligence unit said to have spearheaded the bounty program is the same one that orchestrated the 2018 poisoning in the English city of Salisbury of Sergei Skripal, a former Russian military officer and double agent for British intelligence, and his daughter.

The intelligence was also the subject of meetings at the White House National Security Council, another indication that intelligence officials thought it was credible and merited senior-level attention.

"Given that there was an NSC meeting, I suspect that [Trump] did know" about the intelligence, former CIA director Michael Hayden said. "It is reprehensible that Trump has said nothing about it since it's become public other than, 'I didn't know.' What is he going to do about it?"

"When people at Liberty Crossing go to get coffee today, what are they saying to one another?" Hayden said, referring to the headquarters building of the Office of the Director of National Intelligence, in Virginia.

Nada Bakos, a former CIA officer who handled intelligence obtained from detainees, which appears to be a source of at least some of the information on the Russian bounty program, said she could not understand why it would not be shared with the president.

Bakos said that fragmentary intelligence will at times be included in the President's Daily Brief "especially if it's about something fast moving, like in a war zone."

"Not everything that goes to the president is sure and solid - that's not what intel is," Bakos said. "Especially if it's a threat."

U.S. officials presented a "low key" briefing on the matter to NATO member countries in Brussels on Thursday, "including asking questions" about whether their own military and intelligence services had any information to add, a senior European official said. The official said the briefing took place on the "professional" level and did not rise to high-ranking officials involved in policymaking.

Nearly every NATO member has some presence in the Afghanistan coalition, most of them in relatively low numbers.

According to NATO figures for June, those with the highest number of troops are Germany, with 1,300; Italy, with 895; Romania, with 738; and Turkey, with 600. The United States has about 8,600 troops in Afghanistan, down from about 13,000 before withdrawals during the spring under the U.S.-Taliban agreement signed in February.

Afghanistan experts have questioned whether the mainline Taliban group would be involved in any plan to attack U.S. forces, particularly as it moves closer to implementing an agreement with the United States that would achieve its overall goal of removing all foreign troops from Afghanistan. Although implementation has been slow, the deal, signed in February, calls for the last U.S. forces to leave the country by May 2021. There are, however, thought to be a number of splinter Taliban groups opposed to the peace agreement.

U.S. negotiators think Russia, after spending years trying to create obstacles for the NATO effort in Afghanistan, has been cooperative, and even helpful, since serious American talks with the Taliban began last summer. It is unclear whether the bounty program, allegedly launched before that time, was part of a high-level Russian strategy that is ongoing.