Russian bounties resulted in deaths of U.S. troops, according to intelligence assessments 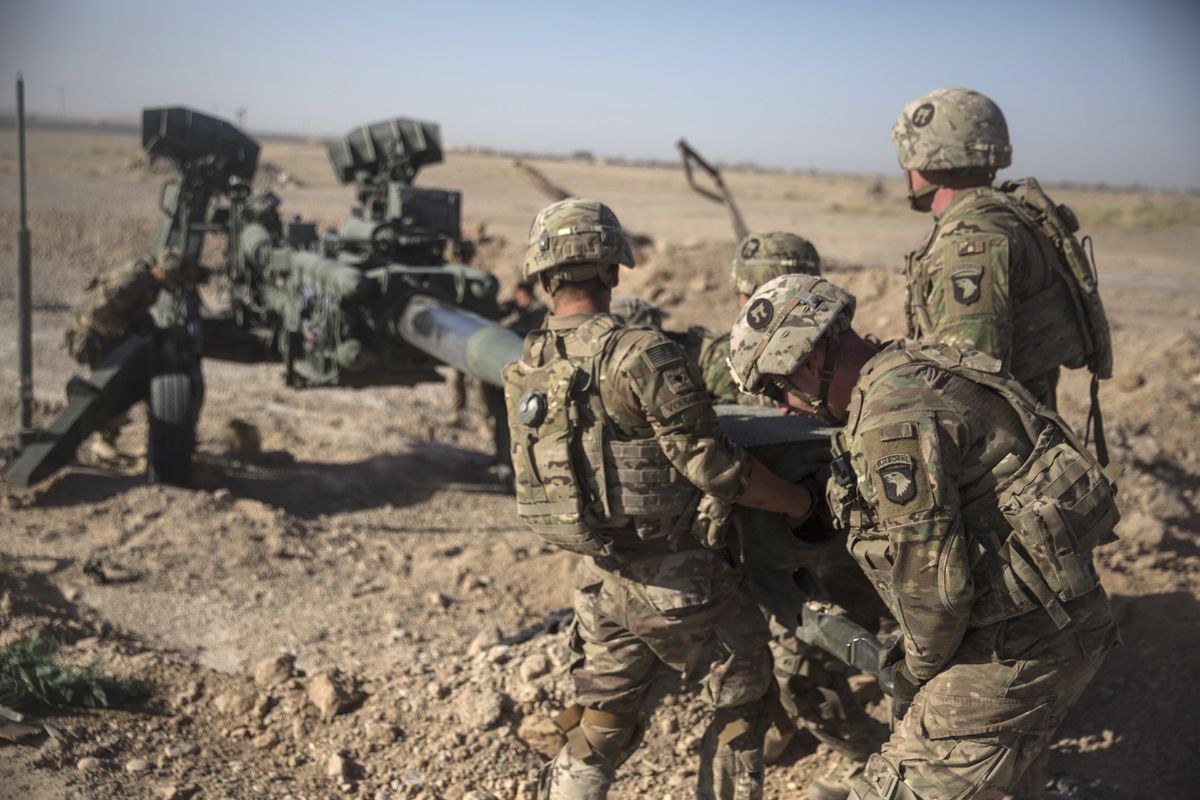 WASHINGTON - Russian bounties offered to Taliban-linked militants to kill coalition forces in Afghanistan are believed to have resulted in the deaths of several U.S. service members, according to intelligence gleaned from U.S. military interrogations of captured militants in recent months.

Several people familiar with the matter said it was unclear exactly how many Americans or coalition troops from other countries may have been killed or targeted under the program. U.S. forces in Afghanistan suffered a total of 10 deaths from hostile gunfire or improvised bombs in 2018, and 16 in 2019. Two have been killed this year. In each of those years, several service members were also killed by what are known as "green on blue" hostile incidents by Afghan security forces who are sometimes believed to have been infiltrated by the Taliban.

The intelligence was passed up from the U.S. Special Operations forces based in Afghanistan and led to a restricted high-level White House meeting in late March, the people said.

The meeting led to broader discussions about possible responses to the Russian action, ranging from diplomatic expressions of disapproval and warnings, to sanctions, according to two of the people. These people and others who discussed the matter spoke on the condition of anonymity because of its sensitivity.

The intelligence - which the CIA was tasked with reviewing, and later confirmed - generated disagreement about the appropriate path forward, a senior U.S. official said. The administration's special envoy for Afghanistan, Zalmay Khalilzad, preferred confronting the Russians directly about the matter, while some National Security Council officials in charge of Russia were more dismissive of taking immediate action, the official said.

It remained unclear where those discussions have led. Verifying such intelligence is a process that can take weeks, typically involving the CIA and the National Security Agency, which captures foreign cellphone and radio communications. Final drafting of any policy options in response would be the responsibility of national security adviser Robert O'Brien.

The CIA assessment took time and coincided with the scaling back and slowing down of a number of government functions as the coronavirus pandemic began to take hold, two people said.

A National Security Council spokesman said "the veracity of the underlying allegations continue to be evaluated." The CIA and the Defense and State departments declined to comment.

Russia and the Taliban have denied the existence of the program.

Among the coalition of NATO forces in Afghanistan, the British were briefed late last week on the intelligence assessment, though other alliance governments were not formally informed. The New York Times first reported the existence of the bounty program Friday evening.

As more details have unfolded, the primary controversy in Washington over the weekend revolved around denials by President Donald Trump and his aides that the president was briefed on the intelligence.

Trump on Sunday confirmed statements by Director of National Intelligence John Ratcliffe and the White House press secretary that he received no briefing on the subject, and he referred in tweets to "what are known as reports" by "Fake News."

"Nobody briefed or told me, [Vice President Mike] Pence or Chief of Staff [Mark Meadows] about the what are known as attacks on our troops in Afghanistan by Russians, as reported through an 'anonymous source' by the Fake News . . . Everybody is denying it & there have not been many attacks on us," Trump said on Twitter, insisting that "nobody's been tougher on Russia than the Trump administration."

But his Twitter remarks did little to clarify whether the administration was denying that the assessment existed, or simply denying that Trump knew anything about it. Richard Grenell, who served as acting director of national intelligence until last month, tweeted that "I never heard this. And it's disgusting how you continue to politicize intelligence."

House Speaker Nancy Pelosi, D-Calif., on Sunday joined other lawmakers - including leading Republicans - in expressing concern and calling for the administration to provide Congress with an explanation.

"This is as bad as it gets, and yet the president will not confront the Russians on this score, denies being briefed," Pelosi said on ABC News's "This Week."

"But he wants to ignore," she said, "he wants to bring them back to the G-8 despite the annexation of Crimea and invasion of Ukraine, despite what they yielded to [Putin] in Syria, despite [Russian President Vladimir Putin's] intervention into our election, which is well-documented by our intelligence community and despite now possibly this allegation, which we should have been briefed on."

Senate Judiciary Committee Chairman Lindsey Graham, R-S.C., a Trump ally who golfed with the president Sunday, tweeted earlier in the day that "I expect the Trump Administration to take such allegations seriously and inform Congress immediately as to the reliability of these news reports."

In a second tweet, Graham said it was "Imperative Congress get to the bottom" of the Russian offer "to pay the Taliban to kill American soldiers with the goal of pushing America out of the region."

Rep. Liz Cheney, R-Wyo., the third-highest-ranking member of the House GOP leadership, also took to Twitter on Sunday to say that if the report of Russian bounties "is true, the White House must explain" why the president wasn't briefed, who did know and when, and "what has been done in response to protect our forces & hold Putin responsible."

A third person familiar with the issue said, "I don't think that anybody withheld anything and screwed up by not getting to the president on time." By the end of the process, the person said, the intelligence community was confident in its assessment.

The issue is not when the president was briefed, the person said, because the process worked as it should have, given the coronavirus delay and the need to draw up policy options.

"The issue now that you are aware of it, what are you going to do about it? That's where the focus should be," the person said.

In years past, there were persistent reports that Russia was supplying small arms to the Taliban. Carter Malkasian, who served as a senior adviser to the previous chairman of the Joint Chiefs of Staff, Gen. Joseph Dunford, said Russia had cultivated a relationship with Taliban elements, largely in northern Afghanistan, beginning about 2015. The outreach was partly as a response to Moscow's concerns about the threat posed by Islamic State militants in the region, and also a desire to see U.S. troops leave the region.

But more recently, U.S. officials said that Russia - which tried and failed to start its own Afghan peace process - has been cooperative and helpful since the Taliban signed a peace deal, including a plan for U.S. withdrawal, with the administration early this year.

Malkasian, now a scholar at the Center for Naval Analysis, said the bounty operation, if true, could be a "random" initiative, rather than one that reflected a well-coordinated program ordered by the highest levels of the government.

He said a primary Russian goal in Afghanistan continues to be the exit of American forces, but not at any cost.

“They may want us out, and they may be happy to see a few Americans die,” he said, “but I don’t think they want to see the Taliban take over.”