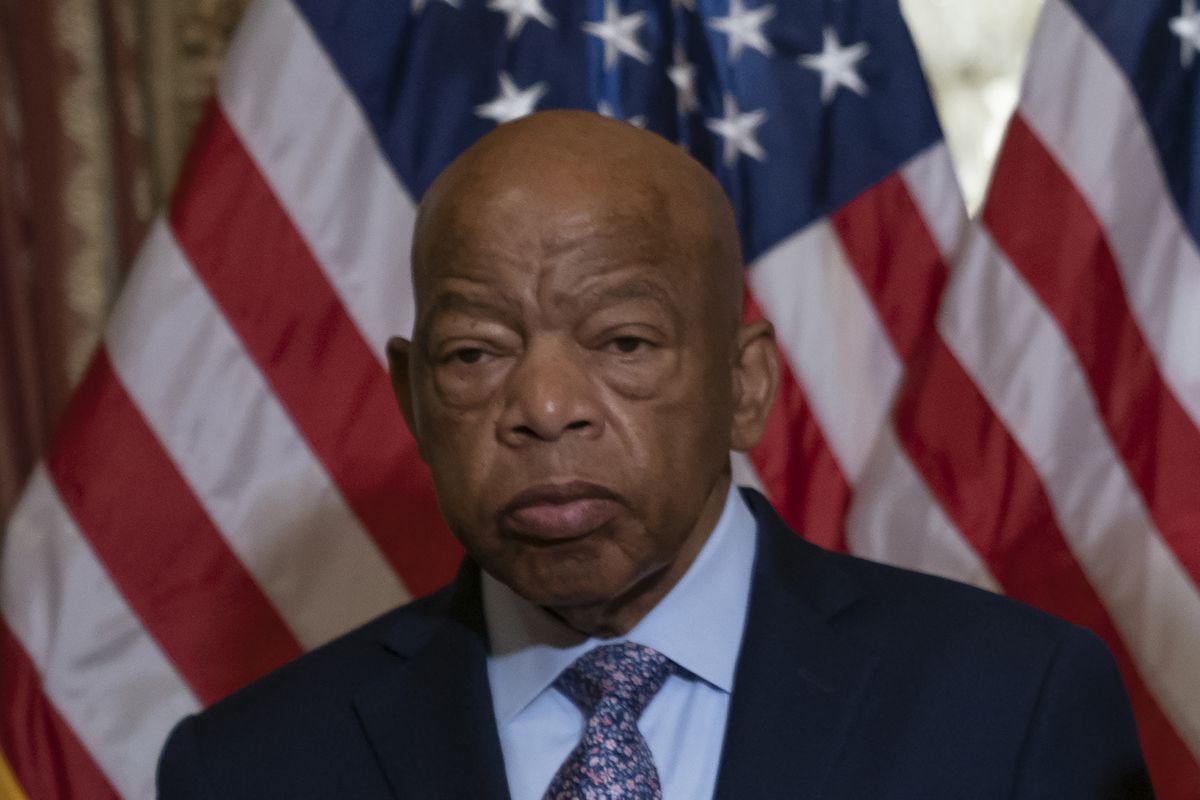 Like many of their colleagues, GOP Sens. Marco Rubio of Florida and Dan Sullivan of Alaska posted tributes to Rep. John Lewis on Saturday and included photos of themselves with the civil rights icon who died Friday. Rubio even made the image his Twitter profile picture.

There was just one problem. The photos they each posted were of Rep. Elijah Cummings, who died in October.

"It was an honor to know & be blessed with the opportunity to serve in Congress with John Lewis a genuine & historic American hero," Rubio tweeted with the photo of himself and Cummings.

"It was an honor to have served alongside John for a small portion of his impressive career of service, and to have joined him at the opening of the Smithsonian National Museum of African American History and Culture, a years-long effort of the congressman," Sullivan wrote on Facebook with the photo of himself and Cummings outside the museum.

The response on Twitter was a mix of anger and ridicule, with many users posting photos of various white Republican congressmen and labeling them Rubio, whose blunder happened first. Others chided the senators for the faux pas of mixing up two people of color, especially given that they had interacted with both of them in person.

About 20 minutes after Rubio posted the Cummings photo, he deleted it and replaced it with a video of himself and Lewis at a Martin Luther King Day event in 2017.

“Earlier today I tweeted an incorrect photo,” Rubio wrote. “John Lewis was a genuine American hero. I was honored to appear together in Miami 3 years ago at an event captured in video below.” He added, “(May) God grant him eternal rest.”

Sullivan did not address his mistake on social media. Sullivan’s initial Facebook tribute to Lewis featured a photo of Sullivan and Cummings at the opening of the Smithsonian National Museum of African American History and Culture. The revised tribute omitted the reference to the museum, and the photo of the pair was replaced with a picture of Lewis alone.

Rubio and Sullivan weren’t the first to mix up the two men. It happened so often that Lewis even mentioned it in a tribute to Cummings on the House floor after his death.

"Sometimes people would confuse us and say, 'Hello, Elijah' to me or 'Hello, John Lewis' to him," Lewis said. "And we would joke about it, we would laugh about it."

Both Fox News and CBS have used photos of one when speaking about the other in their broadcasts.

In June 2019, Fox News aired a clip of Lewis and identified him as Cummings. Then, two months after Cummings passed away in October, CBS aired a segment about Lewis's cancer battle and used a photo of Cummings.

Material from Anchorage Daily News reporter Morgan Krakow and the Associated Press were included in this article.