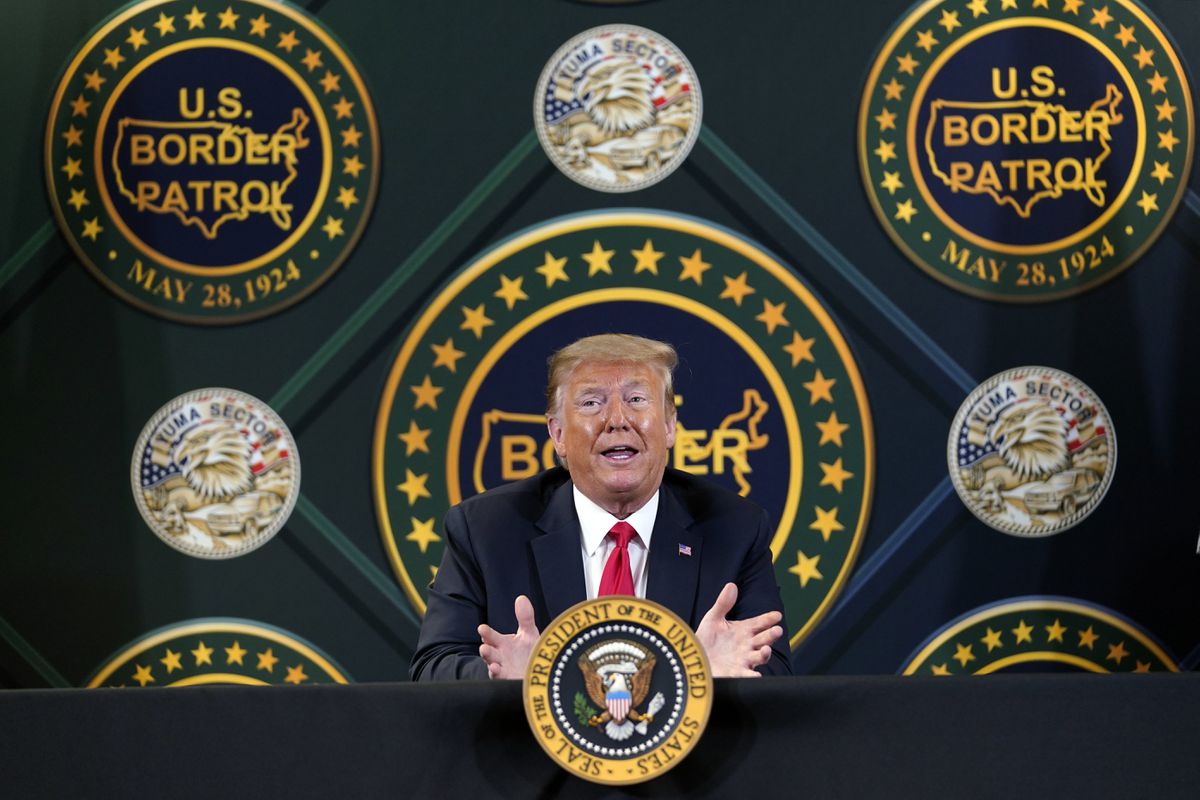 WASHINGTON — President Donald Trump is promising new executive action on immigration as he returns to the defining issue of his administration. But Trump has offered contradictory and confusing statements about his plans in recent days. His comments come after the Supreme Court rejected his efforts to end the Obama-era Deferred Action for Childhood Arrivals, or DACA, program, which protects young immigrants brought to the country as children. Trump said last month that he would quickly be filing paperwork to address the court’s concerns, but has yet to make a move.

WHAT TRUMP HAS SAID:

The latest confusion about Trump’s thinking started with a Telemundo interview earlier this month in which the president said he would soon be “signing an immigration bill” — “a very good bill and merit-based bill” — and that “one of the aspects of the bill is going to be DACA.”

“We’re going to have a road to citizenship,” he added.

The problem: No such bill exists to sign and there is zero appetite in Congress to wade into the divisive issue with four months to go before the election and in the middle of a pandemic.

Elsewhere in the interview, Trump said he would instead be signing “a big executive order” that would include DACA. “But, we put it in, and we’ll probably going to then be taking it out. We’re working out the legal complexities right now, but I’m going to be signing a very major immigration bill as an executive order,” he said.

White House spokesman Judd Deere quickly tried to walk back the meandering comments, saying that Trump was “working on an executive order to establish a merit-based immigration system to further protect U.S. workers.” Trump, he added, “has long said he is willing to work with Congress on a negotiated legislative solution to DACA” — one he said “could include citizenship” but not “amnesty.”

Trump apparently did not get the message.

White House press secretary Kayleigh McEnany said Thursday that Trump was “working on an executive order to establish a merit-based immigration system” and has “long said that he would look for a legislative solution on DACA, and he would work with Congress to pursue that legislative solution.”

There are about 650,000 people currently enrolled in DACA who would lose their protections against deportations and the ability to legally work in the country if Trump dismantles the program again. The program hasn’t accepted any new applications since 2017, and the Migration Policy Institute, a nonpartisan think tank, estimates an additional 66,000 people would now meet the age requirement for the program if it were reinstated.

The United States Citizenship and Immigration Services has not appeared to have been accepting new applications, even though some immigration lawyers argue that the Supreme Court ruling should require the program to return to its original form. A federal court on Friday restored the program to its original form, but it’s unclear whether USCIS will start accepting new applications.

Immigration and Customs Enforcement, the agency that carries out deportations, has said it planned on removing DACA recipients who had existing immigration court cases if the program was rescinded. But it’s not clear when or how they would do that considering the agency’s limited resources.

In addition to his complaints about illegal immigration, Trump has long railed against the country’s legal immigration system, saying it should favor high-skilled immigrants admitted for their “merit’ instead of those with family connections. While he has spent years trying to overhaul the immigration system, the coronavirus has allowed him to dramatically step up those efforts, including pausing the issuance of green cards to many people living outside the country, including the relatives of permanent residents, and suspending the diversity visa lottery for people from underrepresented countries.

Any new restrictions are likely to be challenged in court.

Congress deadlocked with Trump in 2018 over renewing the DACA program after Democrats and some Republicans refused to budge over his demands to add restrictions on legal immigration. With immigration a hot-button issue for both parties, the chances of a groundbreaking deal in the months before the November elections seem remote at best.