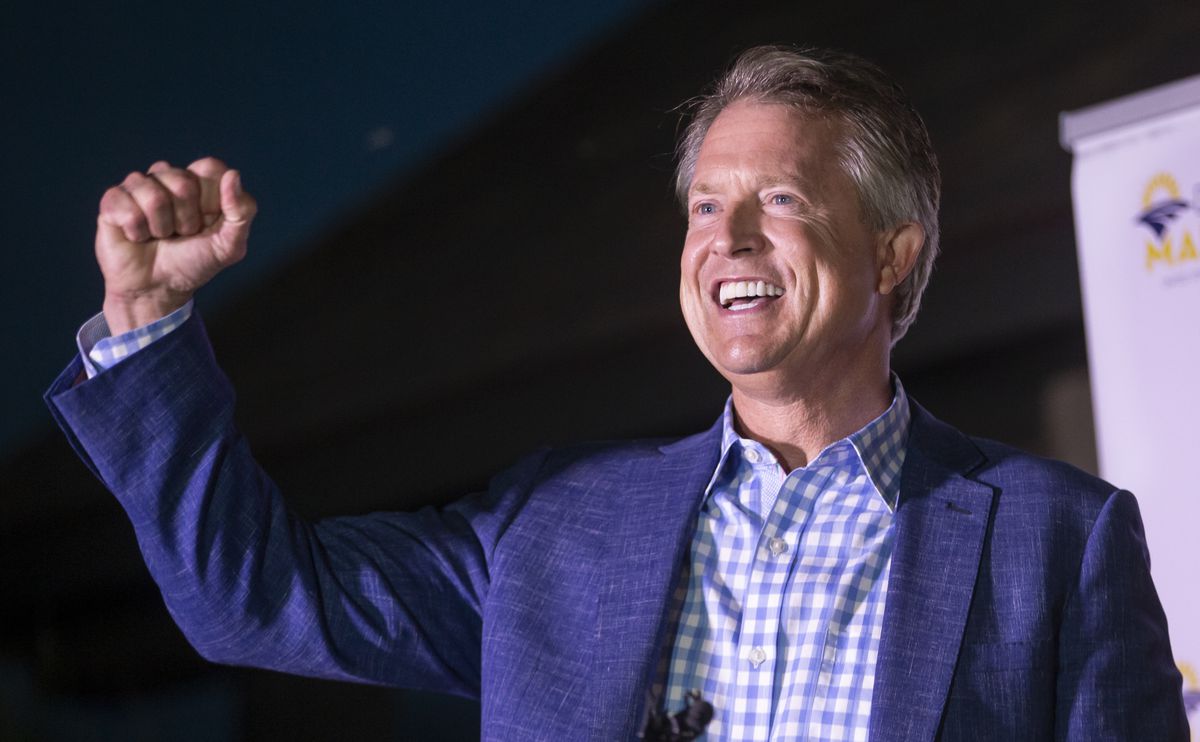 Rep. Roger Marshall won the Republican Senate nomination in Kansas on Tuesday night, defeating former secretary of state Kris Kobach and easing GOP fears that a win by the conservative firebrand could have cost them a seat in November.

Republicans held the seat, without much of a contest, for more than 100 years, including the four terms of Sen. Pat Roberts, who is retiring.

While President Donald Trump has waded into other congressional primaries at the behest of party leaders, he has stayed curiously silent in this primary despite a furious effort by allies of Senate Majority Leader Mitch McConnell, R-Ky., to block Kobach, who lost the governor's race in 2018 and has worried the GOP that he would put the seat in greater jeopardy.

These establishment figures feared that Kobach would take the most reliably Republican seat in the Senate — by the end of this year, the GOP will have held it for 152 of the 160 years it has existed — and put it in peril in a general-election season in which Republicans are playing defense in four times as many races as the Democrats.

Marshall, a physician who represents the 63-county "Big First" district, started in politics by ousting a flamboyantly conservative incumbent, Tim Huelskamp, in a 2016 primary.

He questioned the cost of the president's border wall proposal in 2017 but flipped that position after Roberts announced his plan to retire, creating an open Senate seat. In a final debate last month, Marshall said he "will always support the president's policy on immigration."

In an interview, Marshall gave Trump an "A+" for his handling of the coronavirus pandemic.

The winner will face state Sen. Barbara Bollier, a former Republican who left that party in 2018 and has a massive war chest that her campaign will immediately get to turn against Marshall.

Kansas was one of five states that held primary elections Tuesday, with Democratic voters in Michigan and Missouri refereeing the latest disputes between the younger, far-left activists pushing for a more ideologically aggressive Congress as opposed to an older, more establishment-friendly liberal base. Voters in Arizona and Washington state also cast ballots.

Rep. Steve Watkins, who three weeks before the Kansas primary was charged with voter fraud, was defeated in the GOP primary Tuesday night.

Even before he faced felony charges, Watkins's hold on his congressional seat was tenuous, as State Treasurer Jake LaTurner challenged him from the right.

Watkins had shrugged off the three felony counts, calling the alleged violations an innocent mistake and saying he looked forward to "setting the record straight."

"This is clearly hyper-political," he said during a televised debate that began shortly after news of the charges broke July 14. "I haven't done anything wrong."

Topeka Mayor Michelle De La Isla won the Democratic nomination for a seat that Watkins won with just 47 percent of the vote in 2018.

In Detroit, Rep. Rashida Tlaib, a Democrat, faced a rematch, of sorts, of her upset victory in the 2018 race to succeed John Conyers Jr.

Tlaib, who made national headlines her first day in office in January 2019 by crudely guaranteeing to impeach Trump, held an early lead over Brenda Jones, the Detroit City Council president who lost the 2018 race by just 900 votes.

Tlaib benefited then from running in a crowded primary, which splintered the district's majority-Black electorate among several candidates vying for the job. This time, she faced only Jones.

House Speaker Nancy Pelosi, D-Calif., who clashed early with Tlaib and other young female freshmen in what was labeled the "Squad," announced her endorsement of the incumbent after an outside group supporting Jones distributed a leaflet showing Jones standing next to Pelosi, smiling.

In St. Louis, Rep. William Lacy Clay, a Democrat, also held an early lead in his rematch with Cori Bush, a community activist who lost by about 20 percentage points in 2018 but has run a more aggressive campaign this year.

Both of those House seats are safely in Democratic hands and will not affect the size of the majority.

Kobach, who lost the governor's race to Democrat Laura Kelly in 2018, faced an unrelenting line of attack from a McConnell-aligned super PAC that recycled criticism that he faced two years ago from Democrats.

Paul Kane is The Washington Post's senior congressional correspondent and columnist. His column about the 115th Congress, @PKCapitol, appears throughout the week and on Sundays. He joined The Post in 2007.