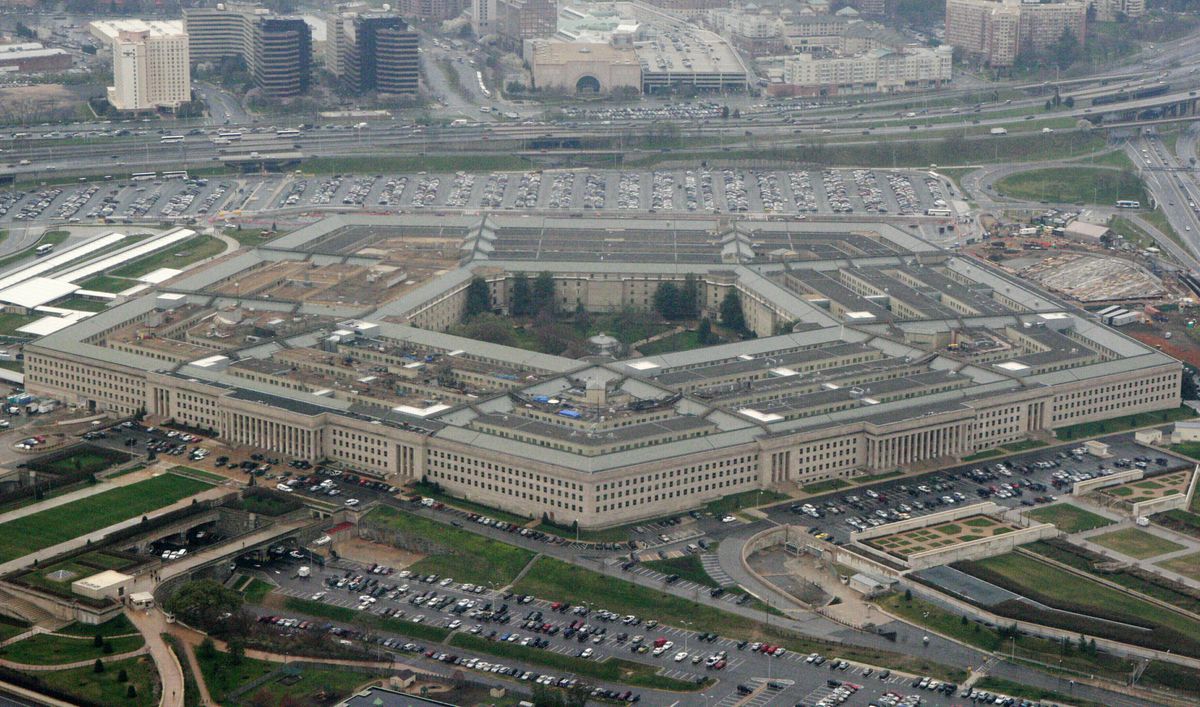 The Pentagon reaffirmed its controversial decision to give its largest-ever cloud computing contract to Microsoft instead of to market-leader Amazon, defying a court decision that blocked the earlier award amid criticism that President Donald Trump’s animosity toward Amazon influenced the decision.

With Amazon likely to continue its legal challenge, the decision means there is still no end to the bitter legal fight that has held up the Joint Enterprise Defense Infrastructure, commonly known as JEDI, for close to two years. An Amazon representative did not immediately respond to questions on whether it would appeal the decision.

“The Department has completed its comprehensive re-evaluation of the JEDI Cloud proposals and determined that Microsoft’s proposal continues to represent the best value to the Government,” said Russ Goemaere, a Defense Department spokesman. He added that contract performance cannot begin until after Feb. 13 because of an existing court order, but the department hopes to begin work on JEDI soon.

“DoD is eager to begin delivering this capability to our men and women in uniform,” Goemaere added.

Last summer, Trump asked for an investigation into the contract over concerns that the contract requirements had been tailored for Amazon. Newly installed Defense Secretary Mark Esper then launched his own “review” of the department’s approach. The Pentagon then awarded JEDI to Microsoft, prompting a lawsuit from Amazon.

In its bid protest Amazon alleged that Trump’s interest in the JEDI contract was motivated by his antipathy toward Amazon founder Jeff Bezos, who also owns The Washington Post. Bezos, who bought The Post in 2013, does not weigh in on The Post’s coverage decisions, the news organization’s leaders have said.

That lawsuit halted the department’s progress on JEDI just as it was getting started. A judge concluded that officials had erred when they evaluated the two competing applications. The Pentagon asked to redo the award. By again giving the contract to Microsoft, the Defense Department is arguing that the mistakes it made were not significant enough to affect the outcome.

Amazon had been widely expected to get the contract to consolidate much of the Pentagon’s cloud computing efforts under one vendor when JEDI was initially put out for bids in early 2018. But what appeared to be a likely path was derailed in July of last year when Trump, urged on by members of Congress and lobbied aggressively by Amazon’s competitors, directed Esper to reexamine the bidding process. Defense Department spokespeople and officials have insisted Trump did not “order” or “pressure” Esper to pick any specific bidder, and Esper told the Defense Department inspector general that his review was prompted primarily by pressure from Congress. In October, the Pentagon awarded the contract to Microsoft.

JEDI had been controversial from its inception. Meant to create a powerful, centralized military computing system supplied by a single commercial tech company, JEDI would absorb clouds that are currently operated by numerous competing companies. Defense officials argued that JEDI would improve access to advanced technology and intelligence for troops deployed in far-flung war zones and give the U.S. a leg up in an artificial-intelligence arms race with China. They have insisted that going to one company would be simpler, easier and faster than trying to manage the seams between competing providers. The contract is worth up to $10 billion over a 10-year period, and is expected to give the winner significant influence over the path of the military’s cloud technology moving forward.

But companies that compete with Amazon in the cloud computing industry, including tech giants Oracle, IBM and, at one point, Microsoft, said giving JEDI to just one company would be a mistake. They also questioned the propriety of the Pentagon’s bidding process and accused one former Pentagon official who had worked for Amazon before and after his Defense Department tenure of improperly influencing how bids were handled. The employee was later found to have broken ethics rules and lied to both Amazon and the Defense Department, although Amazon itself was cleared of wrongdoing.

But the unexpected award of the contract to Microsoft raised similar questions about how the Pentagon selected a winner. Under government procurement rules, politicians are not supposed to steer government work toward or away from specific companies, but Trump had taken a direct interest in JEDI, saying on television that he would ask defense officials to take a closer look at the procurement strategy.

“I’m getting tremendous complaints about the contract with the Pentagon and with Amazon. . . . They’re saying it wasn’t competitively bid,” Trump told reporters on July 18,at a time when Amazon was assumed to be the front-runner and Microsoft a distant second.

He went on to specifically name Microsoft, Oracle and IBM, the three other JEDI bidders, all of whom were critical of the Pentagon’s decision to structure JEDI as a winner-take-all award. His comments came amid a long-running campaign waged by Oracle, in particular. Oracle chief executive Safra Catz has cultivated a close relationship with Trump, and the company has taken numerous opportunities to lobby him directly on JEDI.

“Some of the greatest companies in the world are complaining about it, having to do with Amazon and the Department of Defense, and I will be asking them to look at it very closely to see what’s going on,” Trump said.

In early August, Esper announced he would launch a “review” of the department’s broader strategy for JEDI, which included in-depth meetings with lower-level officials involved in the effort. Esper then recused himself in late September, just a few weeks before the award to Microsoft was finalized.

A judge in the U.S. Court of Federal Claims, which hears disputes involving federal contracts, concluded that the Defense Department did make a mistake in an obscure aspect of how it evaluated prices for the two companies’ competing applications, prompting a do-over.

But the court has not issued any ruling on the central question of Amazon’s bid protest: whether Trump leaned on top defense officials to steer the contract away from Amazon as a way of hurting Bezos, the world’s richest person.

The judge, Patricia Campbell-Smith, also has yet to rule on Amazon’s request to depose top officials including Trump and Esper.

An in-depth investigation from the Defense Department’s inspector general found no evidence that key decision-makers in the Pentagon were acting on Trump’s orders when they gave the contract to Microsoft. But the investigation failed to answer important questions about the White House’s role and influence because the White House refused to make key officials available for questioning.

For Microsoft, the JEDI award is a major endorsement that could significantly help its long-term position in the lucrative cloud-computing market. Amazon Web Services largely pioneered the market for commercial cloud services, in which large organizations can rent storage, computing power and other capabilities rather than develop them internally. Amazon remains the commercial market leader by a long-shot, although Microsoft is gaining on it. Amazon finished 2019 with 45% of the commercial cloud computing market to Microsoft’s 17.9%.

Microsoft has offered another reason for Amazon’s loss; the company simply asked for too high a price. Court documents have revealed that Microsoft had offered a lower price than Amazon, although the difference between the two prices was redacted.

“No one forced Amazon to bid high in the procurement. Amazon alone made the choice to bid high, but now wants to find a way to avoid the consequences of its own bad business decisions,” Frank Shaw, Microsoft corporate vice president for communications wrote in a May 7 blog post.

Shaw criticized Amazon for “keeping vital technology from the men and women in uniform,” and alluded to his own time as an active duty Marine officer in the 1980s. Although Microsoft was critical of JEDI when the procurement started more than two years ago, Microsoft can now say it is the only significant JEDI bidder that has not brought legal action against it. Earlier bid protests by Oracle and IBM failed to block the award.

“The only thing that’s certain about Amazon’s new complaint is that it will force American warfighters to wait even longer for the 21st-century technology they need - perpetuating Amazon’s record of putting its own interests ahead of theirs,” Shaw wrote.

Amazon seemed to view the Microsoft award last October as a slap in the face, arguing its superior technology could not possibly have lost in a fair fight. Amazon remains the only company with the necessary IT certifications to hold top-secret data, an important long-term qualifier for JEDI.

Amazon vice president of worldwide communications Drew Herdener accused Shaw of “posturing” in what it called a “self-righteous and pontificating blog posts.”

“To be clear, we won’t back down on this front regardless of whether Microsoft chooses to try to bully its way to an unjust victory,” Herdener wrote on May 8. “We also won’t allow blatant political interference or inferior technology to become an acceptable standard.”