‘I am your wife,’ whispers badly burned woman to man who found her in Oregon wildfire 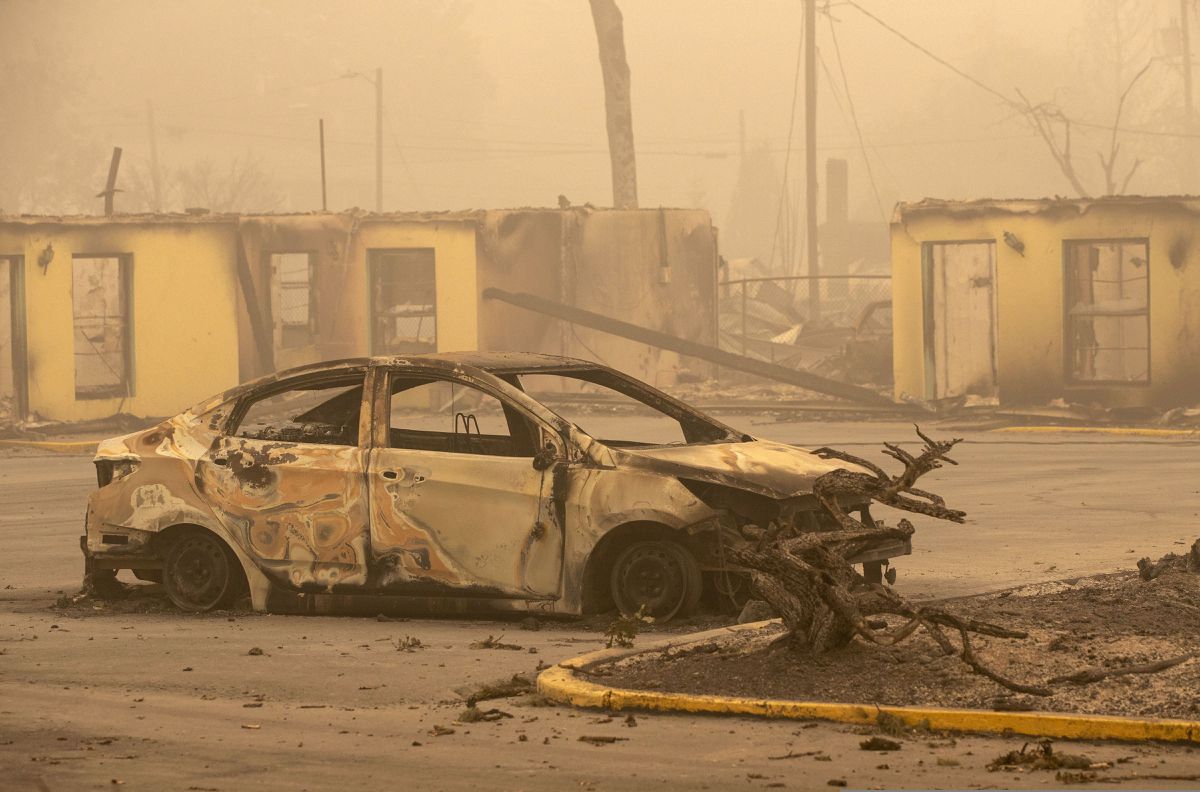 The Oak Park Motel was destroyed by the flames of the Beachie Creek Fire east of Salem, Ore., Sunday, Sept. 13, 2020. (Rob Schumacher/Statesman-Journal via AP, Pool)

The Oak Park Motel was destroyed by the flames of the Beachie Creek Fire east of Salem, Ore., Sunday, Sept. 13, 2020. (Rob Schumacher/Statesman-Journal via AP, Pool)

As flames from the Beachie Creek Fire engulfed their Oregon home Tuesday, Angela Mosso helped her 71-year-old mother into a car to flee, CNN reported. But it was too late.

“The flames were all around it,” said family member Mary Tofte, KOIN reported. The car’s tires were already on fire and melting.

Knowing her mother, who had recently suffered a broken leg, couldn’t escape, Angela told her 13-year-old son, Wyatt Tofte, they had to run, The Statesman Journal reported. The family dog, Duke, a 200-pound bullmastiff, fled with them.

Meanwhile, husband and father Chris Tofte drove through roadblock after roadblock trying to get to the home near Lyons, KOIN reported. He had left earlier to buy a generator and was frantic to return when he nearly ran over a badly burned woman crawling in the road.

“He helps her into the car and then he’s saying, ‘I’m really sorry but I’ve got to keep going because my family is up there,’” said relative Susan Vaslev, according to the station. “He said, ‘I got to get up to my son and my wife.’”

“I am your wife,” whispered Angela Mosso, The Statesman Journal reported. Now critically burned, she had run three miles. If she’d been wearing shoes, they had melted off her feet before her husband found her.

But Wyatt and Duke weren’t with her. Chris drove his wife back to a roadblock for medical care, then continued searching for them, KOIN reported.

Searchers found Wyatt’s body Wednesday with Duke’s body across his lap in the burned car also containing the body of his grandmother, Peggy Mosso, KATU reported.

No one knows why Wyatt turned back with Duke, but his family believes he was trying to drive his grandmother out of the fire when the car crashed, KOIN reported.

“He got in there and tried to drive the car and started coming down the hill and then went off to the side for some reason,” Vaslev said, according to the station. “I guess all the tires were just burned up and everything, the pavement was so hot.”

Angela Mosso remains in critical condition with burns all over her body, CNN reported.

“I can say personally, and on behalf of all our first responders, our hearts go out to the family,” said Sheriff Joe Kast of Marion County, KGW reported.

The Beachie Creek Fire had burned 200,000 acres with 0% containment as of Tuesday morning. It has killed four people with 10 more still missing.

It’s one of at least 35 wildfires burning in Oregon, said Gov. Kate Brown, according to The Oregonian. The blazes could lead to the greatest loss of lives and property in state history, Brown said.

“It is apocalyptic,” Sen. Jeff Merkley, D-Ore., said Sunday on the ABC program “This Week.” “I drove 600 miles up and down the state, and I never escaped the smoke. We have thousands of people who have lost their homes.”