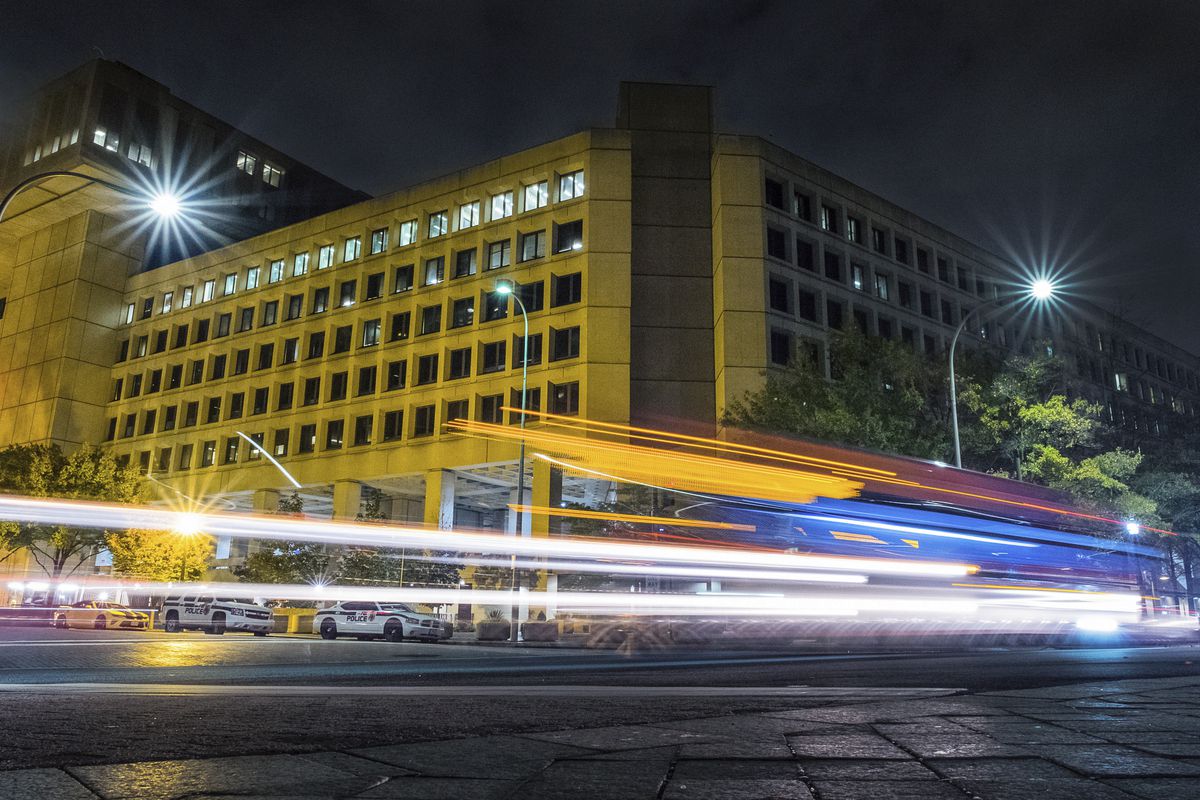 Bracing for possible civil unrest on Election Day, the Justice Department is planning to station officials in a command center at FBI headquarters to coordinate the federal response to any disturbances or other problems with voting that may arise across the country, officials familiar with the matter said.

Though the Justice Department monitors elections every year to ensure voters can cast their ballots, officials' concerns are more acute this year that America’s toxic politics, combined with the potential uncertainty surrounding vote tallies, could produce violent demonstrations or clashes between opposing factions, those familiar with the matter said.

Preparations have been underway in recent weeks to deal with a wide range of possible problems, the officials said. Like others, they spoke on the condition of anonymity to describe internal discussions.

President Donald Trump has declined to say he will accept the election results, while making exaggerated claims about voter fraud and urging his supporters to “go into the polls and watch very carefully.” The summer was marked by sometimes violent unrest - with those at racial justice protests periodically clashing with far-right groups - and officials fear the election could spark new rounds of demonstrations.

“The Department of Justice takes election security and integrity seriously and this year is no exception,” said Kerri Kupec, a Justice Department spokeswoman.

The FBI said in a statement that, as in previous years, it is “committed to protecting the American public’s right to a fair and safe election by securing it,” and that officials “are working closely with our federal, state, and local partners so everyone involved with safe-guarding the election has the information and resources necessary to respond in a timely manner to any violations that may arise.”

“Of course our preparations for 2020 take into account the current climate of the country,” the statement said. “As always, the FBI has a responsibility to plan for a host of potential scenarios.”

A federal law enforcement official, speaking on the condition of anonymity, said the department and the FBI always engage in “extensive election planning,” including for the “the possibility of violence leading up to the election and occurring at polling places.” But the official said those discussions are particularly intense this year because of the unrest the country already has seen, the unique nature of the election during the covid-19 pandemic and the possibility of fraud.

“There have been concerns raised about the possibility of civil unrest, and those are concerns raised on both sides, for different reasons, and because of that, we’re paying particularly close attention to that possibility,” the official said. “I think that we would be remiss if we didn’t take the monitoring of election security and integrity particularly seriously.”

Those at the command center, including civil rights and national security officials, will monitor news accounts of any high-profile incidents, as well as reports from U.S. attorneys or others in the field, and determine how the federal government should respond, the officials familiar with the matter said. In addition to watching for possible violence, officials will assess possible cyber threats to election infrastructure and reports of voter fraud or intimidation, the officials said.

Plans to use the command center had been underway before Tuesday night’s presidential debate, when Trump called on his supporters to monitor the polls and notably declined to condemn white supremacists, saying the far-right Proud Boys group should “stand back and stand by.”

The Trump campaign and Republican National Committee already had promised to recruit tens of thousands of poll watchers to monitor voting locations on Election Day, and Trump’s comments seemed to draw extremists to the effort.

“I still have shivers,” Andrew Anglin, the founder of the neo-Nazi website the Daily Stormer, wrote in a post Wednesday. “He is telling the people to stand by. As in: Get ready for war.”

The president has said since then that he does not know about the Proud Boys and, under pressure amid fallout from the debate, said he disavows domestic extremist groups.

The Trump campaign and the RNC have rejected accusations that they are inciting intimidation by encouraging poll watching, which is legal and meant to ensure voters rights are protected. An RNC spokesman said those dispatched to the polls would be trained to interact politely with voters and poll workers.

Federal law prohibits U.S. government officials from sending “armed men” to the polling places, and the Justice Department has determined that means a U.S. attorney cannot order FBI agents or U.S. Marshals to the polls. Justice Department policies and tradition also call for federal law enforcement to keep a low-profile when it comes to elections, as the states, rather than the federal government, are responsible for making sure the voting process is conducted fairly.

The Justice Department does, however, deploy unarmed, specially trained poll monitors to watch for problems with voting.

The FBI often uses its command center during high-profile, political events, such as a State of the Union address or a presidential inauguration. The Justice Department utilized it in June to manage an aggressive show of force, which included every federal law enforcement agency and the National Guard, against racial justice demonstrators in D.C.