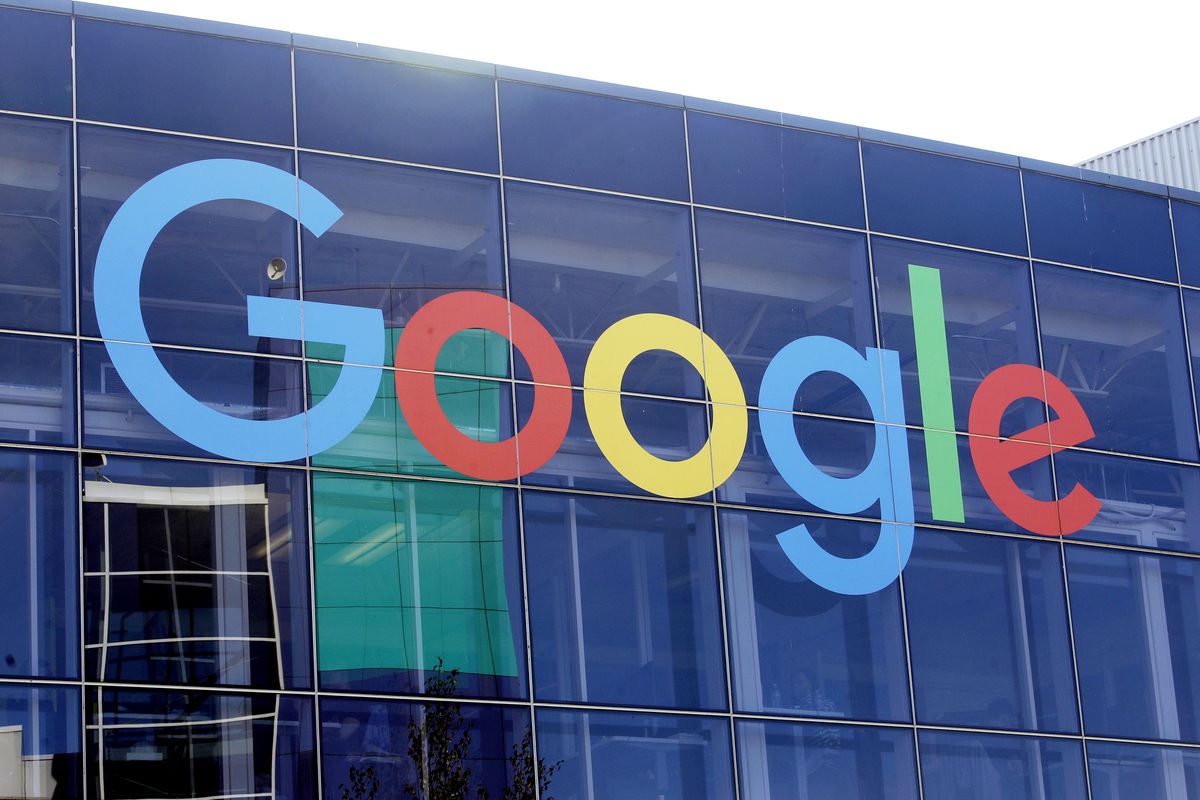 FILE - In this Sept. 24, 2019, file photo a sign is shown on a Google building at their campus in Mountain View, Calif. (AP Photo/Jeff Chiu, File)

FILE - In this Sept. 24, 2019, file photo a sign is shown on a Google building at their campus in Mountain View, Calif. (AP Photo/Jeff Chiu, File)

WASHINGTON — The Justice Department on Tuesday sued Google for abusing its dominance in online search and advertising — the government’s most significant attempt to protect competition since its groundbreaking case against Microsoft more than 20 years ago.

And it could just be an opening salvo. Other major tech companies including Apple, Amazon and Facebook are under investigation at both the Justice Department and the Federal Trade Commission.

“Google is the gateway to the internet and a search advertising behemoth,” U.S. Deputy Attorney General Jeff Rosen told reporters. “It has maintained its monopoly power through exclusionary practices that are harmful to competition.”

Lawmakers and consumer advocates have long accused Google of abusing its dominance in online search and advertising. The case filed in federal court in Washington, D.C., alleges that Google uses billions of dollars collected from advertisers to pay phone manufacturers to ensure Google is the default search engine on browsers. That stifles competition and innovation from smaller upstart rivals to Google and harms consumers by reducing the quality of search and limiting privacy protections and alternative search options, the government alleges.

Critics contend that multibillion-dollar fines and mandated changes in Google’s practices imposed by European regulators in recent years weren’t severe enough and Google needs to be broken up to change its conduct. The Justice Department didn’t lay out specific remedies along those lines, although it asked the court to order structural relief “as needed to remedy any anticompetitive harm.”

That opens the door to possible fundamental changes such as a spinoff of the company’s Chrome browser.

Google vowed to defend itself and responded immediately via tweet: “Today’s lawsuit by the Department of Justice is deeply flawed. People use Google because they choose to -- not because they’re forced to or because they can’t find alternatives.”

Eleven states, all with Republican attorneys general, joined the federal government in the lawsuit. But several other states demurred.

The attorneys general of New York, Colorado, Iowa, Nebraska, North Carolina, Tennessee and Utah released a statement Monday saying they have not concluded their investigation into Google and would want to consolidate their case with the DOJ’s if they decided to file. “It’s a bipartisan statement,” said spokesman Fabien Levy of the New York State attorney general’s office. “There’s things that still need to be fleshed out, basically”

President Donald Trump’s administration has long had Google in its sights. One of Trump’s top economic advisers said two years ago that the White House was considering whether Google searches should be subject to government regulation. Trump has often criticized Google, recycling unfounded claims by conservatives that the search giant is biased against conservatives and suppresses their viewpoints.

Rosen told reporters that allegations of anti-conservative bias are “a totally separate set of concerns” from the issue of competition.

Sally Hubbard, an antitrust expert who runs enforcement strategy at the Open Markets Institute, said it was a welcome surprise to see the Justice Department’s openness to the possibility of structurally breaking up Google, and not just imposing conditions on its behavior as has happened in Europe.

“Traditionally, Republicans are hesitant to speak of breakups,” she said. “Personally, I’ll be very disappointed if I see a settlement. Google has shown it won’t adhere to any behavioral conditions.”

The argument for reining in Google has gathered force as the company stretched far beyond its 1998 roots as a search engine governed by the motto “Don’t Be Evil.” It’s since grown into a diversified goliath with online tentacles that scoop up personal data from billions of people via services ranging from search, video and maps to smartphone software. That data helps feed the advertising machine that has turned Google into a behemoth.

The company owns the leading web browser in Chrome, the world’s largest smartphone operating system in Android, the top video site in YouTube and the most popular digital mapping system. Some critics have singled out YouTube and Android as among Google businesses that should be considered for divestiture.

Google, whose corporate parent Alphabet Inc. has a market value just over $1 trillion, controls about 90% of global web searches. Barring a settlement, a trial would likely begin late next year or in 2022.

The company, based in Mountain View, California, argues that although its businesses are large, they are useful and beneficial to consumers. It maintains that its services face ample competition and have unleashed innovations that help people manage their lives.

Most of Google’s services are offered for free in exchange for personal information that helps it sell its ads.

In a Tuesday presentation with a handful of reporters, Google argued that its services have helped hold down the prices of smartphones and that consumers can easily switch away from services like Google Search even if it’s the default option on smartphones and in some internet browsers.

A recent report from a House Judiciary subcommittee concluded that Google has monopoly power in the market for search. It said the company established its position in several markets through acquisition, snapping up successful technologies that other businesses had developed — buying an estimated 260 companies in 20 years.

“It is critical that the Justice Department’s lawsuit focuses on Google’s monopolization of search and search advertising, while also targeting the anticompetitive business practices Google is using to leverage this monopoly into other areas, such as maps, browsers, video, and voice assistants,” Rep. David Cicilline of Rhode Island said in a statement.

Columbia Law professor Tim Wu called the suit almost a carbon copy of the government’s 1998 lawsuit against Microsoft. He said via email that the U.S. government has a decent chance of winning. “However, the likely remedies — i.e., knock it off, no more making Google the default — are not particularly likely to transform the broader tech ecosystem.”

Other advocates, however, said the Justice Department’s timing — it’s only two weeks to Election Day — smacked of politics. The government’s “narrow focus and alienation of the bipartisan state attorneys general is evidence of an unserious approach driven by politics and is likely to result in nothing more than a choreographed slap on the wrist for Google,” Alex Harman, a competition policy advocate at Public Citizen, said in a statement.

Republicans and Democrats have accelerated their criticism of Big Tech in recent months, although sometimes for different reasons. It’s unclear what the status of the government’s suit against Google would be if a Joe Biden administration were to take over next year.

The Justice Department sought support for its suit from states across the country that share concerns about Google’s conduct. A bipartisan coalition of 50 U.S. states and territories, led by Texas Attorney General Ken Paxton, announced a year ago they were investigating Google’s business practices, citing “potential monopolistic behavior.”