Walmart and McDonald’s have the most workers on food stamps and Medicaid, study shows 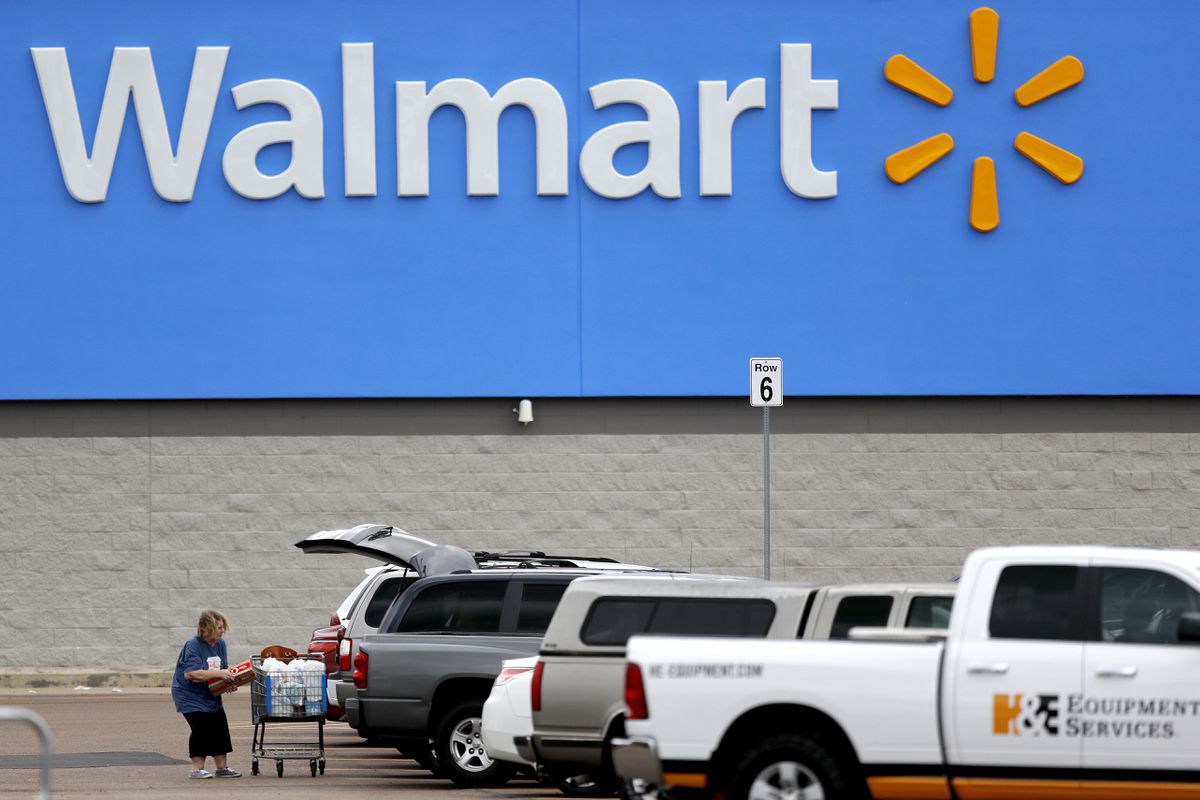 A woman pulls groceries from a cart to her vehicle outside of a Walmart store in Pearl, Miss. (AP Photo/Julio Cortez, File)

A woman pulls groceries from a cart to her vehicle outside of a Walmart store in Pearl, Miss. (AP Photo/Julio Cortez, File)

A sizable number of the recipients of federal aid programs such as Medicaid and food stamps are employed by some of the biggest and more profitable companies in the United States, chief among them Walmart and McDonald’s, according to a new report from Congress’s nonpartisan watchdog.

The Government Accountability Office undertook the study at the behest of Sen. Bernie Sanders (I-Vt.), to answer questions about the relationship between employers and the federal assistance programs. The report draws on February data from agencies in 11 states that administer Medicaid and the federal Supplemental Nutrition Assistance Program, better known as SNAP or food stamps.

Walmart was one of the top four employers of SNAP and Medicaid beneficiaries in every state. McDonald’s was in the top five of employers with employees receiving federal benefits in at least nine states.

In the nine states that responded about SNAP benefits - Arkansas, Georgia, Indiana, Maine, Massachusetts, Nebraska, North Carolina, Tennessee, and Washington - Walmart was found to have employed about 14,500 workers receiving the benefit, followed by McDonald’s with 8,780, according to Sanders’ team. In six states that reported Medicaid enrollees, Walmart again topped the list, with 10,350 employees, followed by McDonald’s with 4,600.

Morgan O’Marra, a spokeswoman for McDonald’s, said that the company believed the data was taken out of context and misleading, noting that McDonald’s and Walmart make for some of the largest employers of the country.

“The average starting wage at U.S. corporate-owned restaurants is over $10 per hour and exceeds the federal minimum wage,” the company said in a statement. “McDonald’s believes elected leaders have a responsibility to set, debate and change mandated minimum wages and does not lobby against or participate in any activities opposing raising the minimum wage.”

McDonald’s announced last year that it would stop lobbying against efforts to raise the minimum wage.

Anne Hatfield, a spokeswoman for Walmart noted that the company was the country’s largest employer, saying that the numbers were in proportion with that.

“If not for the employment access Walmart and other companies provide, many more people would be dependent on government assistance,” she said in a statement. “A small percentage of our workforce comes to us on public assistance, and we remove employment barriers and create opportunities for individuals that too many overlook. Walmart has invested more than $5 billion in increased pay, expanded health benefits, and a debt-free college program over the past five years and our starting rate is more than 50% higher than the federal minimum wage, which Washington hasn’t changed in more than a decade. We support efforts to raise the minimum wage while we continue to make investments in our associates.”

The GAO reached out to agencies in all 50 states and the District of Columbia but ended up focusing on a smaller group that provided the most reliable and verifiable data, it said.

Each agency in those states reported back the 25 most common employers of Medicaid enrollees and SNAP recipients.

Sanders accused companies like Walmart and McDonald’s of relying on “corporate welfare from the federal government by paying their workers starvation wages.”

“That is morally obscene,” he said in a statement to The Post. “U.S. taxpayers should not be forced to subsidize some of the largest and most profitable corporations in America.”

Walmart, based in Bentonville, Ark., reported $5.1 billion in net income for the third quarter of 2020 this week, as business has surged during the pandemic. McDonald’s reported a net income of $1.76 billion over the same period.

The numbers could not be fully explained by part-time schedules; about 70% of the 21 million people receiving Medicaid or SNAP benefits work full time, in general, the GAO said. Ninety percent worked in the private sector.

The data squares with other research that has explored the consequences of low wages at some of the country’s biggest corporations.

A 2013 study from the University of California, Berkeley and the University of Illinois at Urbana-Champaign found that three-quarters of people in the country’s major public benefits programs like Medicaid and SNAP came from working families. A follow-up report two years later found that the numbers were worse for the fast food industry, where more than half - 52% - of fast food workers are in families where one or more family members relies on a public program.

The GAO data reflects some of the large scale economic changes that have tilted economic benefits toward the wealthier segments of society, as much of the job gains over the last decade, before the pandemic, came from the service sector, while wages have failed to keep pace with productivity.

The story is partially about minimum wage too, which at $7.25 federally, has fallen well below the amount it used to be, when adjusted for inflation.

There is a growing conversation about improving the plight and pay of low-wage workers, as the push for a $15 minimum wage increasingly finds support in unlikely corners, like the state of Florida which just approved a ballot measure to raise minimum wage, as well as the incoming Biden administration.

Heather Boushey, president of the Washington Center for Equitable Growth think tank, who has been advising Joe Biden according to multiple media reports, said the story was fundamentally about taxes.

She said it shouldn’t be viewed as inherently problematic that workers relied on government programs for benefits as long as companies were paying their fair-share to the government.

“The idea that we can finance access to health care through the tax system is what many other countries do,” she said. “So we shouldn’t be appalled by that, but we should make sure that everybody is paying their fair share. In some ways, it pushes us to say, ‘What’s a sufficient way to do this?’”

The survey was taken right before the pandemic unfolded, and the GAO noted that conditions could have worsened for workers since.

“The economic effects of the covid-19 pandemic have further exacerbated conditions for these workers, increasing the importance of federal and state safety net programs to help them meet their basic needs,” it wrote.