Can COVID-19 vaccines get us to herd immunity? ‘The jury is definitely still out’ 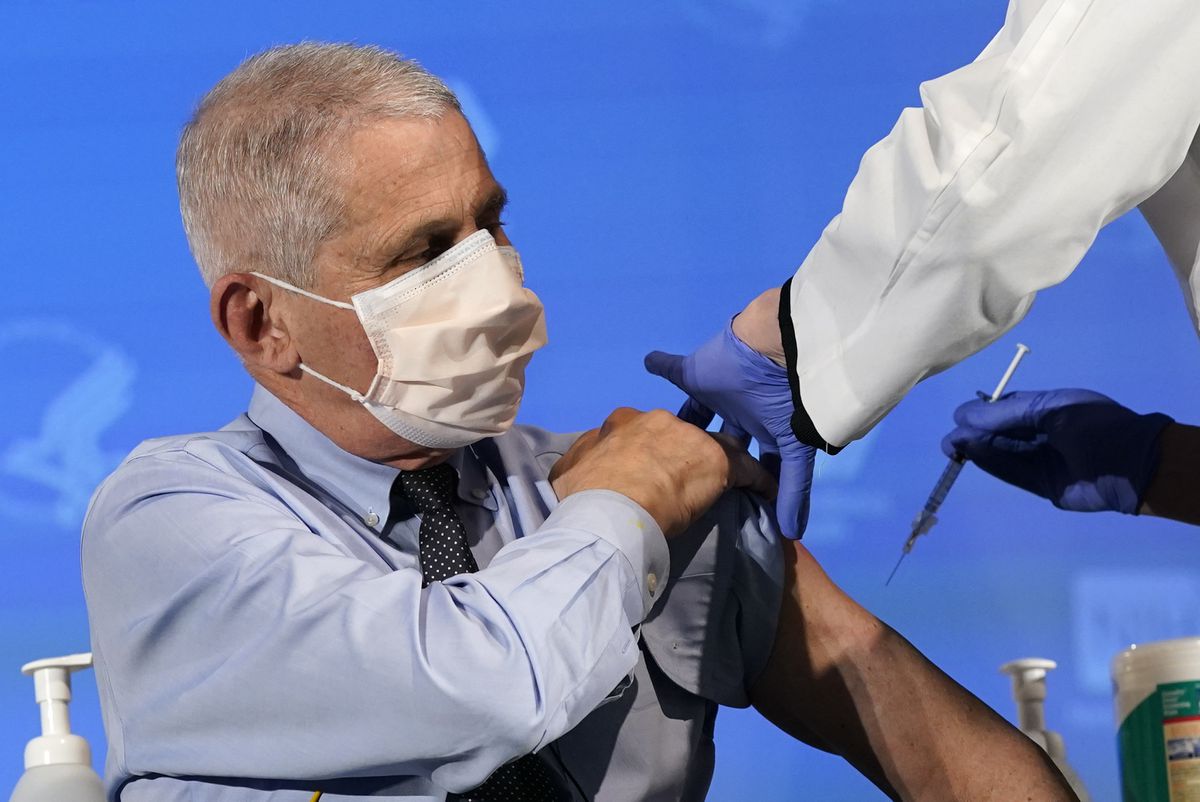 LOS ANGELES — The aim of the vaccination campaign against COVID-19 is herd immunity — the point at which so few people are susceptible to infection that the virus runs out of places to go.

In the early days of the pandemic, epidemiologists estimated that would require inoculating about two-thirds of the U.S. population.

Now many of those same experts say that figure is almost certainly too low.

“If you really want true herd immunity, where you get a blanket of protection over the country … you want about 75 to 85% of the country to get vaccinated,” Dr. Anthony Fauci, the nation’s top infectious-disease official, told a reporter last week. “I would say even closer to 85%.”

The shift reflects a deeper understanding of how the virus spreads — that it jumps from one person to another more easily than once thought.

The question of how many people must be vaccinated is of crucial importance as the world embarks on the biggest inoculation campaign in decades.

The goal of vaccination isn’t just to protect the individual who receives it but also to drape a fire blanket over a large enough portion of the population that the fire begins running out of fuel.

If too few people are vaccinated, the virus will keep finding enough new hosts to propagate itself — and continue to stress the healthcare system, delay economic recovery, necessitate social distancing and potentially surge again if vaccines lose effectiveness over time.

Whatever the threshold for herd immunity, public health officials face a substantial challenge.

An early December poll from the Associated Press-NORC Center for Public Affairs Research found that 46% of American adults planned to get vaccinated while 26% would decline and 27% were still undecided.

One group of researchers found that anti-vaccination messaging on social media has tripled since the start of the pandemic.

A particular obstacle could be vaccinating children and teenagers, a group that has not been hit especially hard by the pandemic and for which vaccines are still being tested. But at 22% of the U.S. population, they are important to any effort to achieve herd immunity and return to normal life.

[Most Alaskans are wearing masks and believe they work, survey shows]

When epidemiologists first aimed to model how many people would need to be vaccinated in order to drive the coronavirus toward extinction, they compared early transmission trends to those of other recent flu pandemics.

They noted how the coronavirus had a longer incubation period, more asymptomatic spread and higher contagion — estimating that the pandemic would probably drag on for 18 to 24 months.

“It likely won’t be halted until 60% to 70% of the population is immune,” said a report published by infectious-disease experts in April.

There are two paths to immunity: becoming infected with the virus and recovering, or getting vaccinated. Neither is a guarantee.

Based on data from clinical trials showing that the efficacy of the two authorized vaccines — from Pfizer and Moderna — is excellent but still imperfect, the threshold for herd immunity rises to around 74%.

But experts say even that calculation is still too simple.

“Those numbers are useful for thought experiments, but they don’t represent what’s likely to be the way we control the virus or its impacts,” said Harvard epidemiologist Marc Lipsitch. “Offering a kind of magic number requires some very strong assumptions about these vaccines.”

Many factors can come into play. If the virus becomes even more transmissible, the threshold for herd immunity would increase.

The targets could vary by location. In sparsely populated places where people adhere to social distancing guidelines, fewer people would have to be vaccinated to burn out the virus.

“It’s going to be the sort of thing that we’re studying for a very long time to come,” said William Hanage, an epidemiologist at the Center for Communicable Disease Dynamics at Harvard.

Then there are the vaccines themselves.

[As groups clamor for vaccine, here’s how Alaska will decide who’s next in line]

They were authorized based on rapid-fire clinical trials that showed recipients were highly unlikely to develop symptoms of COVID-19 — but did not determine whether the vaccines actually prevent people from becoming infected with the virus or transmitting it.

“At the moment, the jury is definitely still out,” Lipsitch said. “If I had to guess, there will be a component of herd immunity — I just don’t know how dramatic it will be.”

It could turn out that reaching herd immunity depends not only on how many people are vaccinated but also which people. Inoculating those most likely to spread it — people who live or work in close quarters, for example — may do much more to contain the pandemic than vaccinating people who live in relative seclusion.

Given all these unknowns, Fauci brought his estimate to 85% — and has said it could be even higher.

The costs of not achieving herd immunity are substantial. If the virus continues to circulate broadly, even some people who are vaccinated will develop COVID-19. Hospitals will continue to confront surges of the virus, depleting their resources and compromising their ability to treat heart attacks, strokes and other emergencies.

Meanwhile, overall quality of life would continue to suffer. Schools, offices and restaurants would remain closed even for people who have been vaccinated.

Experts say that until the virus is circulating at extraordinarily low levels — such that the risk of becoming infected is close to zero — social distancing and mask-wearing are here to stay.

The final answer to the question of how many people need to be vaccinated won’t be known until herd immunity is actually achieved. When epidemiologists start to see the test positivity rate falling to extremely low numbers, that’s how they’ll know the campaign is working.

But with the exception of smallpox, no virus that afflicts humans has ever been wiped out completely. Experts have been struggling with polio for decades, lately in conflict regions where vaccination campaigns have been disrupted.

They emphasize that in the age of globalization, herd immunity must eventually take into account almost every corner of the earth — a pathogen anywhere remains a threat everywhere.

“I think it’s extremely unlikely that we would be able to eradicate this virus,” Hanage said. “In reality, we have to accept that.”

“However, we should be able to get to a point where we are going to be able to live without it markedly damaging our lives, without leading to surges that damage our healthcare, or large excessive mortality — and that is what we are seeking to achieve.”