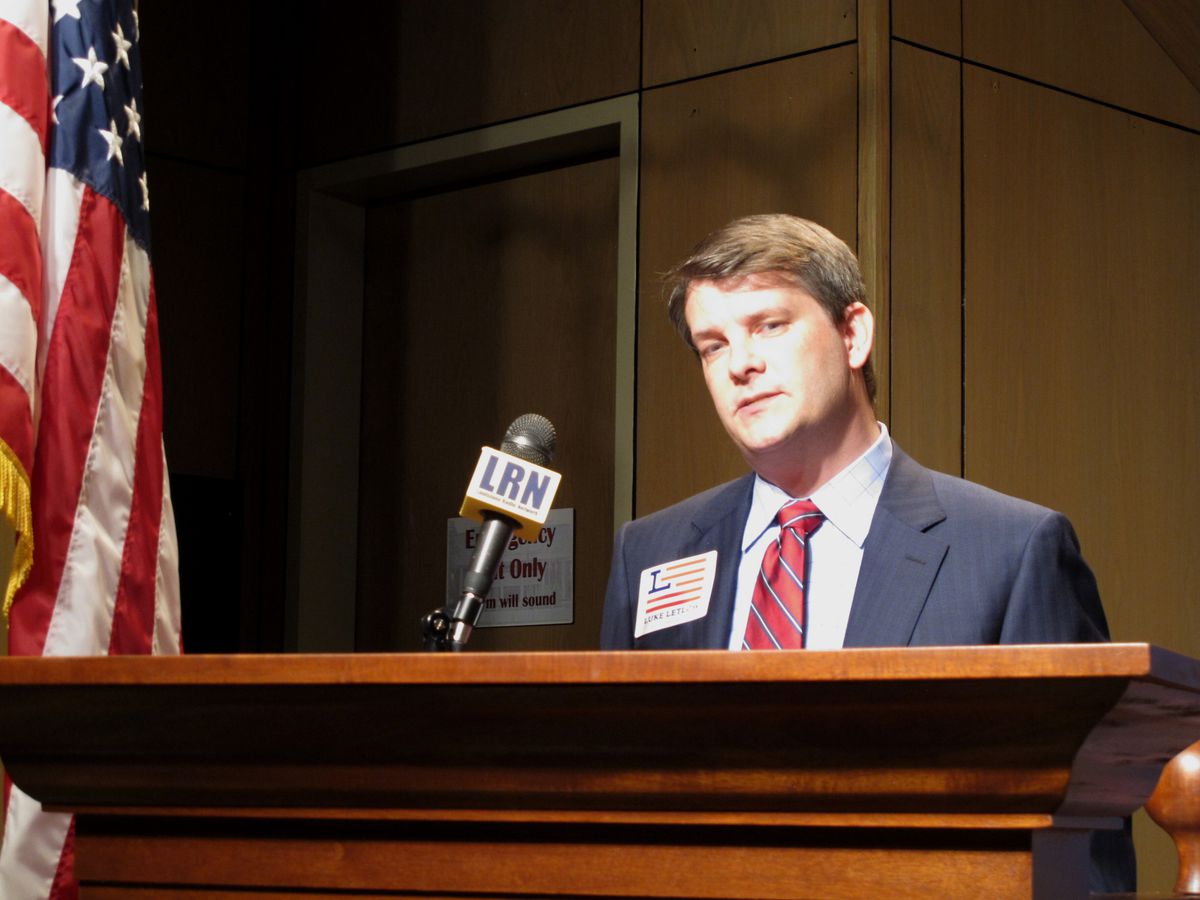 BATON ROUGE, La. — Luke Letlow, Louisiana’s incoming Republican member of the U.S. House, died Tuesday night from complications related to COVID-19 only days before he would have been sworn into office. He was 41.

“The family appreciates the numerous prayers and support over the past days but asks for privacy during this difficult and unexpected time,” Bautsch said in a statement. “A statement from the family along with funeral arrangements will be announced at a later time.”

“Luke had such a positive spirit, and a tremendously bright future ahead of him. He was looking forward to serving the people of Louisiana in Congress, and we were excited to welcome him to our delegation where he was ready to make an even greater impact on our state and our nation,” they said in a statement.

Thank you for the continued outpouring of prayers and support for my family and me. I am currently undergoing treatment for COVID-19 at St. Francis Hospital by a wonderful team of doctors and nurses. I am confident that with their help that I will be on the mend soon.

The state’s newest congressman, set to take office in January, was admitted to a Monroe hospital on Dec. 19 after testing positive for the coronavirus disease. He was later transferred to the Shreveport facility and placed in intensive care.

Dr. G.E. Ghali, of LSU Health Shreveport, told The Advocate that Letlow didn’t have any underlying health conditions that would have placed him at greater risk to COVID-19.

Letlow, from the small town of Start in Richland Parish, was elected in a December runoff election for the sprawling 5th District U.S. House seat representing central and northeastern regions of the state, including the cities of Monroe and Alexandria.

He was to fill the seat being vacated by his boss, Republican Ralph Abraham. Letlow had been Abraham’s chief of staff and ran with Abraham’s backing for the job.

“COVID-19 has taken Congressman-elect Letlow from us far too soon,” the Democratic governor said in a statement. “I am heartbroken that he will not be able to serve our people as a U.S. representative, but I am even more devastated for his loving family.”

Letlow is survived by his wife, Julia Barnhill Letlow, and two children.

“May it be a comfort to Luke’s wife Julia and their children Jeremiah and Jacqueline that so many mourn their loss and are praying for them at this sad time,” said House Speaker Nancy Pelosi.

Before working for Abraham, Letlow had worked for former Gov. Bobby Jindal’s administration. Jindal’s one-time chief of staff, Timmy Teepell, described Letlow on Twitter as “a good man with a kind heart and a passion to serve. He loved Louisiana and his family. He was a brother and I’m heart broken he’s gone.”

Letlow is one of more than 7,000 people in Louisiana who have died from COVID-19 since March, according to data from the state health department.

Cassidy, a Republican and doctor who tested positive for COVID-19 earlier this year and has since recovered, posted in a Twitter video: “It just, just, just, just brings home COVID can kill. For most folks it doesn’t, but it truly can. So, as you remember Luke, his widow, his children in your prayers, remember as well to be careful with COVID.”