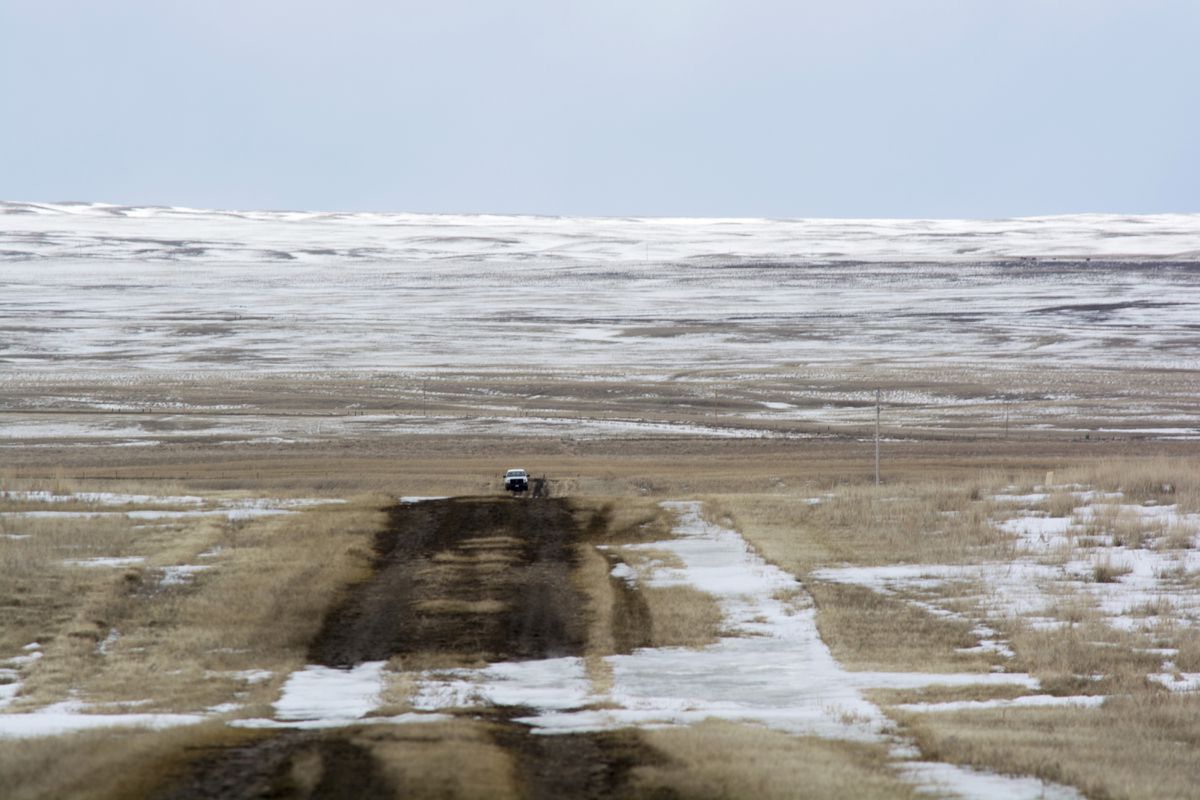 WASHINGTON - Signaling his commitment to quickly confront climate change, President-elect Joe Biden is planning to move within days to quash the controversial multibillion-dollar Keystone XL pipeline, according to two individuals familiar with the decision who spoke on the condition of anonymity because it had not been announced yet.

The politically symbolic pipeline, promoted by the oil and gas industry since it was first proposed about 15 years ago, has drawn opposition because it would carry tar sands, or heavy bitumen, from the boreal forests of northern Alberta, Canada, to refineries on the U.S. Gulf Coast. The energy used in extracting these molasses-like petroleum supplies would contribute heavily to climate change.

As large financial institutions have become more sensitive to climate considerations, several major banks have announced that they would no longer lend money to oil sands extraction projects.

In addition to opposition from environmentalists and climate experts, the pipeline has also sparked criticism from farmers, ranchers and indigenous leaders who do not want to be forced to let the pipeline company gain rights of way through eminent domain, and who fear that the pipeline might one day leak into rivers or aquifers.

Biden plans to rescind the cross-border permit the project needs to operate, according to the individuals briefed on the decision. President Obama rejected the permit in 2015. Acting soon would bring a certain symmetry to Biden’s move; President Trump approved a right of way for the Keystone XL pipeline on his third day in office, though the pipeline remained bogged down in courts and by the Nebraska Public Service Commission.

The pipeline, originally expected to cost about $8 billion, was to carry about 830,000 barrels a day of crude oil, virtually all of it coming 1,210 miles from the tar sands to Steele City, Neb. A southern leg from Cushing, Okla., a major storage hub, to the Gulf Coast was approved in 2012 and constructed. Most of the northern leg has also been completed, with some of the most important gaps in Nebraska.

In the absence of the Keystone XL, the oil industry has been shipping oil sands crude on railways and through an existing pipeline, simply called Keystone. The capacity of that pipeline has been increased during the Trump administration.

Fearing that Biden might move quickly to block the Keystone XL pipeline, the National Association of Manufacturers, the pipeline company TC Energy and construction unions have rallied to stress that the pipeline project itself would run on renewable energy and would bring job benefits.

TC Energy, the pipeline company previously known as TransCanada, has pledged to make its Keystone XL operations net-zero in emissions by 2023, which could eliminate more than three million tons of carbon dioxide or other greenhouse gases emitted every year, the equivalent of approximately 650,000 cars taken off the road, the company said in a statement.

This would be a fraction of the emissions resulting from using the oil itself.

North America’s Building Trades Unions, which has frequently teamed up with the American Petroleum Institute to support oil and gas industry projects, said that fulfilling the renewable pledge would mean more jobs. TC Energy said it would contribute to a green energy job training program for building trades workers.

But Biden appears likely to fulfill his own campaign pledge to rescind Keystone XL’s permits.

The project has been mired in litigation for years, and opponents managed to slow its construction during Trump’s tenure through several lawsuits.

In different cases in late December, three Nebraska judges weighing landowners’ claims about eminent domain ruled that TransCanada had “substantially and materially” changed the Keystone XL pipeline route since it was approved in 2017. As a result, they said, the company might need to reapply for a new route certification with the Nebraska Public Service Commission, a process that could take at least another several months.

TransCanada has been seeking rights of way from reluctant landowners by invoking eminent domain laws, which allows the government to expropriate private property with compensation for owners. But about 100 landowners have refused to sign and have flied 144 lawsuits, and 225 appeals over 11 years, according to Brian Jorde, a lawyer for the landowners.

Two of the judges in the December cases also cited Biden’s pledge to stop the project as reason for halting all of TransCanada’s current eminent domain proceedings against Nebraska landowners.

Separately, environmental groups last year also won a case in Montana federal court that effectively prevents the Army Corps of Engineers from using a special permit known as National 12 to fast-track approval of construction on hundreds of sensitive water and wetland crossings along the Keystone XL route.

Jane Kleeb, founder of the anti-pipeline group Bold Nebraska, said that by stopping the pipeline, Biden would be “showing courage and empathy to the farmers, ranchers and Tribal Nations who have dealt with an ongoing threat that disrupted their lives for over a decade. j marks healing, hope and a path for the clean energy that builds America back better.”