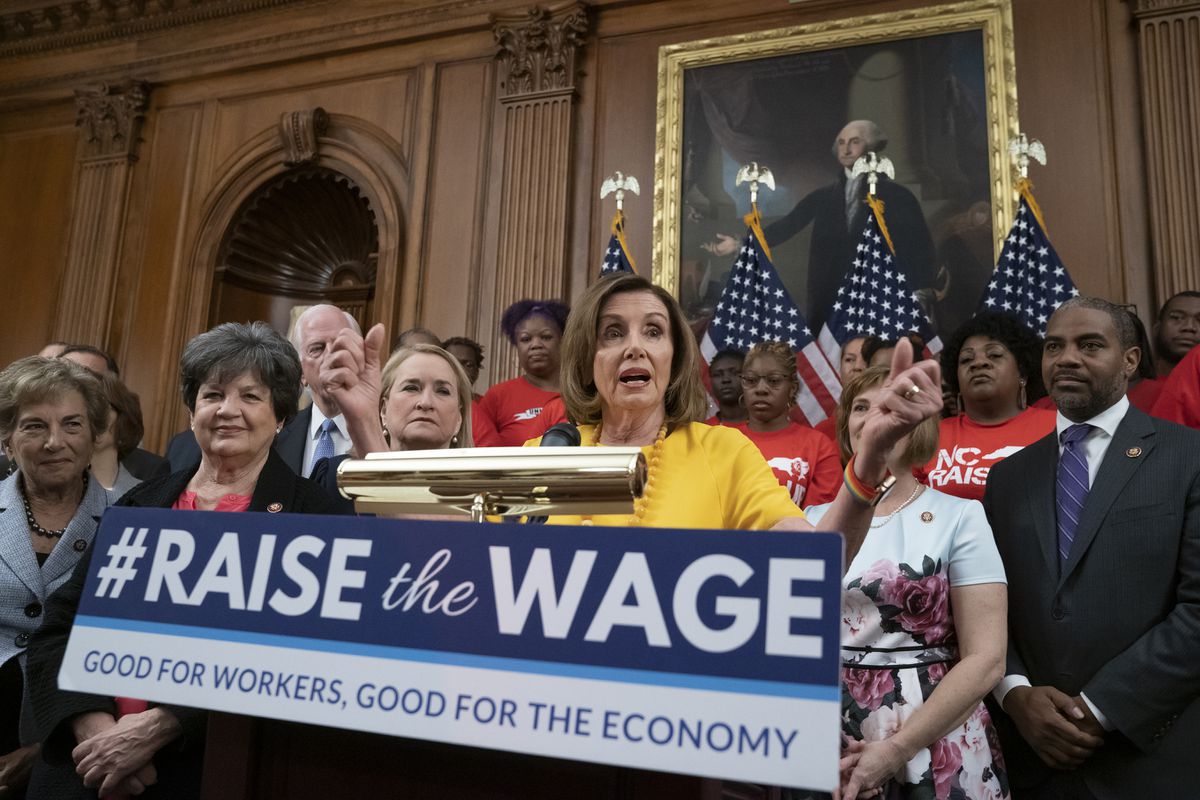 Raising the minimum wage to $15-an-hour would significantly reduce poverty and increase earnings for millions of low wage workers, while adding to the federal deficit and cutting overall employment, according to a new study from the nonpartisan Congressional Budget Office.

The report is sure to animate the already heated debate whether to include raising the federal minimum wage in a budget resolution to help the sputtering economic recovery and aid vaccine distribution amid the pressures of the pandemic.

On one hand, the CBO estimated that raising the minimum wage to $15 an hour would cost 1.4 million jobs by 2025 and increase the deficit by $54 billion over ten years.

But it also estimated the policy change would lift 900,000 people out of poverty and raise income for 17 million people - about 1 in 10 workers. Another 10 million who have wages just above that amount could potentially see increases as well, the CBO noted.

The net pay going to the country’s workers would grow substantially, by $333 billion, as the increase in pay for workers would more than double the amount subtracted by the workers who lose their job, according to the estimate.

The minimum wage proposal has split the more liberal wing of the Democratic Party from moderates such as Sen. Joe Manchin, D-W.Va., who has said that he does not support the proposal.

The existing federal minimum wage, at $7.25 an hour, has not been changed since 2009 and remains below historic levels when adjusted for inflation, despite gains in worker productivity.

Supporters of increasing the minimum wage highlighted the CBO’s findings about poverty reduction.

“Today’s report makes clear what we’ve known all along: raising the minimum wage-which hasn’t increased since 2009-to $15 an hour isn’t just the right thing to do, it’s good policy ‚” Sen. Patty Murray, D-Wash., chair of the Senate’s Health, Education, Labor, and Pensions committee, said in a statement.

Minimum wage debates for years have been tempered by warnings that companies would lay off many people to pay higher wages to some.

But supporters of a minimum-wage increase say the experience of states and cities like Seattle that have passed their own laws show the benefits of such policies.

“It’s really not a stretch to say that new consensus has emerged that minimum wage increases do not result in substantial job loss,” Heidi Shierholz, director of policy at the left-leaning Economic Policy Institute, said on a call on Monday.

Shierholz said the CBO’s estimates showed that the benefits to low wage workers outweighed the costs, but she was critical of the calculation of those costs, saying the CBO had relied on an outdated methodology.

On Friday, President Joe Biden said in an interview with CBS Evening News that he didn’t expect the measure to make the $1.9 trillion covid relief package currently under consideration by Congress.

Biden said he was prepared for a “separate negotiation” that would raise the minimum wage, in the CBS interview.

White House spokeswoman Jen Psaki told reporters on Monday she had not discussed the CBO report with the White House economic team.

“The president remains committed to raising the minimum wage. It’s something he firmly believes in,” she said.