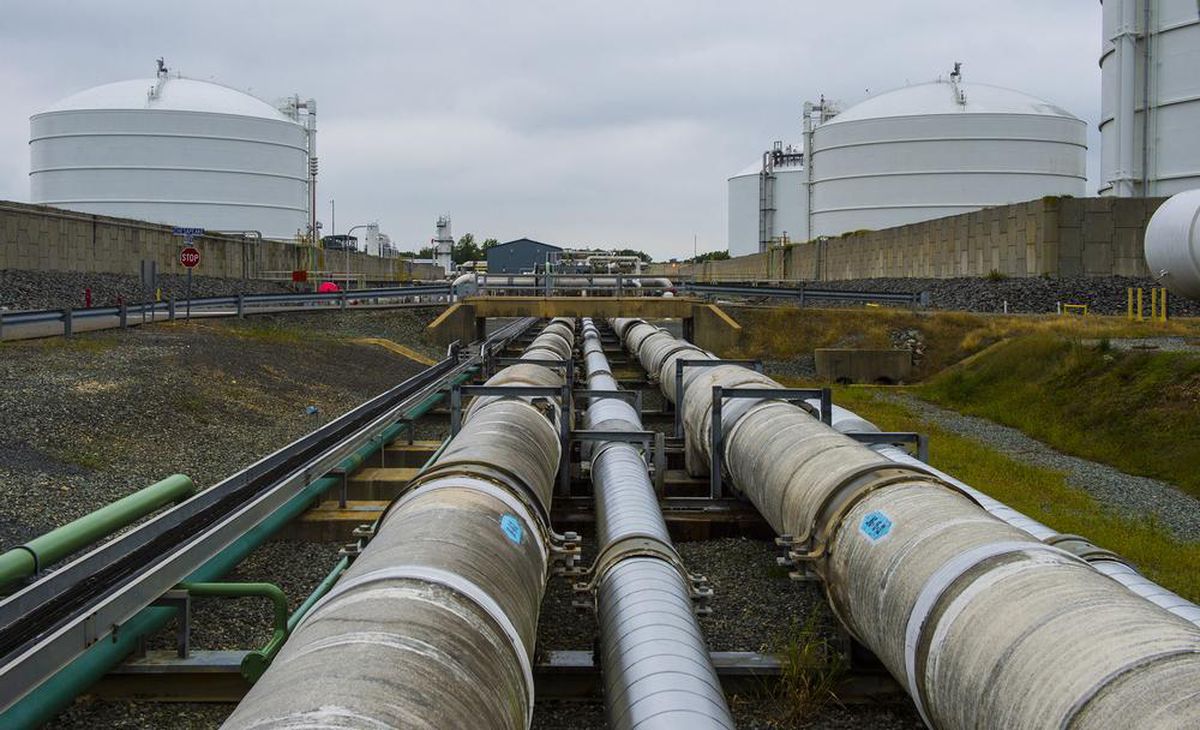 A new front has opened in the battle over climate change: The kitchen.

Cities and towns across the country are rewriting local building codes so that new homes and offices would be blocked from using natural gas, a fossil fuel that when burned emits carbon dioxide into the atmosphere. New laws would force builders to install heat pumps instead of gas furnaces and electric kitchen stoves instead of gas burners.

Local leaders say reducing the carbon and methane pollution associated with buildings, the source of 12.3% of U.S. greenhouse gas emissions, is the only way they can meet their 2050 zero-emission goals to curb climate change.

But the American Gas Association, a trade group, and its members are campaigning in statehouses across the country to prohibit the new local ordinances. Four states last year adopted such laws, and this year similar legislation has been introduced in 12 more.

“Logically the natural gas industry does not want to see its business end, so it’s doing what it can to keep natural gas in the utility grid mix,” said Marta Schantz, senior vice president of the Urban Land Institute’s Center for Building Performance. “But long term, if cities are serious about their climate goals, electric buildings are inevitable.”

The issue started heating up in July 2019, when Berkeley, Calif., became the first city in the nation to ban natural gas hookups in new construction or substantially renovated structures. Natural gas is marketed as the “clean” fossil fuel because when burned it produces about 30% less carbon dioxide than oil and 45% less than coal. The ordinance passed unanimously.

Since then, municipalities across the country have followed suit. In California alone, 42 municipalities, including San Francisco, changed their building codes to make natural gas use impossible or difficult. Denver’s Office of Climate Action, Sustainability and Resiliency endorsed a plan that calls for newly built homes and buildings to be mostly electrified by 2027. In Colorado, Boulder changed its building code and imposed a maximum energy use per square foot on new residential construction of 3,000 square feet or larger, effectively leaving little room for gas.

The state of Washington also is at the forefront of this campaign. Democratic Gov. Jay Inslee has backed a bill that would phase out the gas utility service and give local governments the authority to set more stringent energy standards than the state code. On Feb. 1, the Seattle City Council voted unanimously to restrict natural gas use in new commercial buildings and multifamily homes higher than three stories. Puget Sound Energy, which distributes both gas and electricity to Washington customers, says it is “fuel neutral” and set an “aspirational goal” of being carbon neutral for its gas sales by 2045. Mary Kipp, the firm’s chief executive, said that “climate change is an existential threat that cannot be ignored.”

Most of the gas industry, however, is fighting back.

Southern California Gas, one of the biggest distributors in the country, set up a group called Californians for Balanced Energy Solutions with a website that makes no mention of the gas company or the group’s industry links. In the Pacific Northwest, a group of gas and pipeline companies put up $1 million to establish another front group called Partnership for Energy Progress. The group’s website lists other backers, including pipe fitters and steelworkers’ unions, farmers and energy-intensive businesses. “Natural gas is the cleanest fossil fuel and provides reliable and affordable energy whenever it’s needed,” it says.

The AGA says it doesn’t engage in lobbying, but it has provided its members with myriad supportive documents, which say that electricity and construction costs will increase in the new building requirements.

So far, laws to protect natural gas use have been adopted in Arizona, Louisiana, Oklahoma and Tennessee. Similar laws have been proposed in Texas, Florida, Georgia, Iowa, Kansas, Missouri, Pennsylvania, Utah, Indiana, Arkansas, Kentucky and Mississippi.

Even in the states where the anti-natural gas movement is strongest, municipal efforts have run into obstacles. In November 2019, the California Restaurant Association sued the town of Berkeley to strike down the change in building code. The association in its lawsuit said that “many of these restaurants rely on gas for cooking particular types of food, whether it be flame-seared meats, charred vegetables, or the use of intense heat from a flame under a wok.” It added that “a patchwork approach [to natural gas] is unworkable, undercuts California’s need for reliable and resilient energy, increases the cost of housing, and denies consumers choice.”

“The average American likes choice and doesn’t want to be told what kind of fuel to use in their homes,” said Karen Harbert, chief executive of the American Gas Association. “Municipalities cannot take away that choice.”

Natural gas has long been marketed as the clean-burning fuel. “Gas. The wonder fuel for cooking,” says a postwar AGA ad showing a slim, happy couple. “Perform new cooking miracles yourself on a modern gas range,” says another from 1939 showing an apron-clad mother feeding a child in a high chair. “Quickest heat, highest heat, steadiest heat. You get them all - only with gas - the most responsive fuel.”

But views of natural gas have changed. Consumers can now buy improved heat pumps and induction stoves, which can boil water in nearly half the time as a gas stove. Induction stoves also have no open flame and leave behind little residual heat once they’re turned off. But they account for only about 5% of new stove sales, according to Consumer Reports.

But natural gas is cheaper than electricity in most parts of the United States, at least for now. Forty-seven percent of U.S. homes rely on natural gas for heat while 36% rely on electricity, according to the EIA.

“Right now there is a significant upfront cost to the transition to different appliances. There are real switching costs. That’s important for us to be honest about,” said Eileen Quigley, executive director of the Seattle-based Clean Energy Transition Institute. “That doesn’t mean we don’t make the transition. It means we have to address them. The challenge of decarbonization is upfront cost now and the payback that we’ll get later.”

In some places, local governments make allowances for special businesses such as restaurants. “People say OK, we’ll let you alone if you’re a restaurant and have gas stoves. That kind of carve-out is crazy from a technical point of view, but not politically,” said Sue Tierney, senior adviser of the consulting firm Analysis Group and a former utility regulator in Massachusetts.

And local leaders emphasize that owners of existing kitchen stoves, boilers and water heaters do not need to change anything. “This rule applies only to new buildings - so for those of you who love your gas stove so much that Berkeley would have to pry it out of your cold dead hands, you won’t have to let go of your gas-burning appliances quite yet,” a Union of Concerned Scientists blog said.

The Massachusetts town of Brookline sought a compromise with its code change. It said new buildings had to install electric boilers but they could still use gas stoves.

Massachusetts state Rep. Tommy Vitolo, a lawmaker who also does mathematical analyses of electric power markets for the consulting firm Synapse Energy Economics, said there were two good reasons, one political and one scientific. “The science is the amount of combustion you do at your oven is minuscule compared to the damage done by a water or space heater. It’s a tiny, tiny fraction. It’s small ball,” he said. The political one is that “people really like their cooktops. There is something intimate and ritualistic about it. So let’s go after the things that are big and that people don’t have strong attachments to.”

Vitolo, a Democrat, lives in a 106-year-old house that still has a gas stove and gas clothes dryer. “So our gas usage is very small, but it’s not zero.”

Brookline’s policy carve-out, however, wasn’t enough to avoid a clash with someone who is ordinarily an ally of climate experts and activists. In July 2020 Massachusetts Attorney General Maura Healey - a leader of efforts to hold ExxonMobil responsible for hiding knowledge it allegedly had about how burning fossil fuels would lead to climate change - threw out the town’s new building code because she said it encroached on state authority.

“The Attorney General agrees with the policy goals behind the Town’s attempt to reduce the use of fossil fuels within the Town,” Healey, a Democrat, wrote. However, she added, “the Town cannot add an additional layer of regulation” to state codes. “This is true no matter how well-intentioned the Town’s action, and no matter how strong the Town’s belief that its favored option best serves the public health of its residents.”

Now, the Massachusetts legislature is trying to change state law to allow a state agency to draft a net-zero building code that municipalities could choose to adopt. There would not be a patchwork of codes - just two options, according to state guidelines. The governor has been reluctant to sign it. Talks are in progress.

Vitolo says the costs of delay are great. “If we install a furnace or burner in a building in 2022, will we have to take it out before end of its useful life in order to meet emissions targets?” he asked. That’s the important comparison, he said: not gas vs. electric now, but gas now plus heat pumps 15 years later.

Brookline is already requiring the changes in its municipal buildings. “Whatever we’re going to build as a town, we are the ones who will be responsible,” Vitolo said. “We don’t want the town meeting in 2040 to say, ‘Those guys in 2020 did a terrible job.’ "