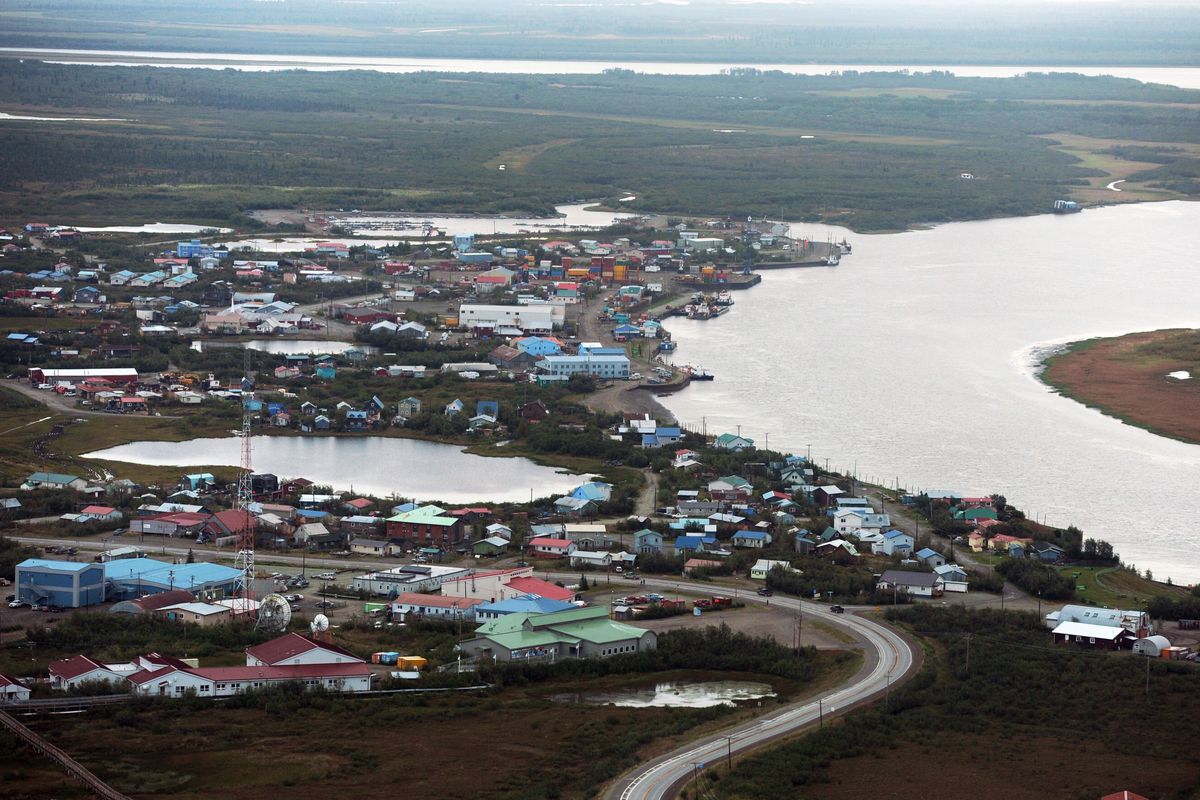 This article was originally published at KYUK.org and is republished here with permission.

BETHEL — The Yukon-Kuskokwim Delta once led the nation in COVID-19 case rates. But now, in a startling reversal, cases are dropping and the region is now helping lead the nation in vaccinations.

Bethel has become possibly the only place in the U.S. where you can go to the store to pick up dinner and get a COVID-19 vaccine, no appointment needed. The Yukon-Kuskokwim Health Corp. is offering the vaccines at both the AC and Swanson’s grocery stores.

“I wasn’t even sure if it would work out logistically, or if people would even want that,” said Dr. Ellen Hodges, YKHC chief of staff.

But it has worked. YKHC has offered flu vaccines in these stores. Now, people are rolling up their sleeves for the COVID-19 vaccine right next to where they would buy household goods. The goal is to remove barriers, and reach people who don’t want to go to the hospital or don’t have the transportation to get there. YKHC is also making home vaccination visits.

[How is Alaska leading the nation in vaccinating residents? With boats, ferries, planes and snowmobiles.]

Over three times as many people in the region have received both doses of a COVID-19 vaccine compared to the rest of the nation. That’s 20% of the Yukon-Kuskokwim Delta population fully vaccinated compared to 5.9% of the national population, according to data from the YKHC and the CDC.

YKHC is distributing the vaccine across the region. While many areas of the nation are struggling to develop systems to disseminate the vaccine, the tribal health corporation already had one.

“We had the groundwork in place, so we have been distributing vaccines to rural clinics for decades,” Hodges said.

Over those decades, YKHC created the infrastructure needed to deploy a vaccine quickly and widely, all before the pandemic began.

“To keep inventory straight, to get it shipped out, get people vaccinated, and get that information quickly back into the record,” Hodges said.

And YKHC had the staff willing to do it.

“Hundreds of phone calls. Maybe at this point hundreds of flights out to do this,” Hodges said. “So just a very, very dedicated team of professionals.”

YKHC received a large volume of vaccine early in the pandemic, both from the Indian Health Service and from the state. This enabled the corporation to accelerate administering the vaccine across the region. In mid-January, it became one of the first places in the nation to open the vaccine to the general population, allowing everyone age 16 and older to get vaccinated.

In mid-February, every community in the Yukon-Kuskokwim Delta received vaccines when the health corporation got vaccines to Red Devil and Lime Village, located in the easternmost reaches of the region.

But it’s not high enough. Hodges wants 100% of the eligible population vaccinated, especially before any of the more contagious variants reach the region. Already, both the variants first identified in the United Kingdom and in Brazil have been detected in Alaska.