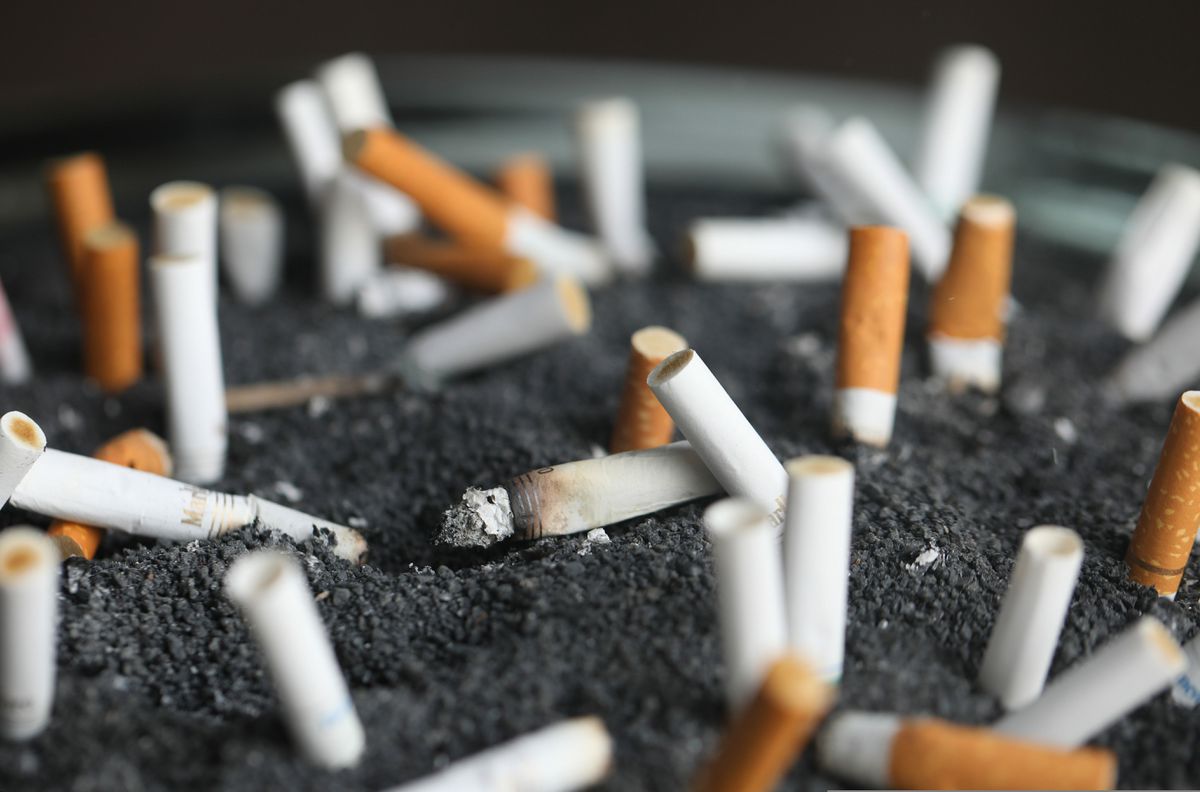 WASHINGTON - A federally appointed task force recommended a major increase in the number of Americans eligible for free screening for lung cancer, saying expanded testing will save lives and especially benefit Black people and women.

The U.S. Preventive Services Task Force, an independent group of 16 physicians and scientists who evaluate preventive tests and medications, said people with a long history of smoking should begin receiving annual low-dose CT scans at age 50, five years earlier than the group recommended in 2013. The group also broadened the definition of people it considers at high risk for the disease.

The changes mean that 15 million people, nearly twice the current number, will be eligible for the scans to detect the No. 1 cancer killer in the United States. Under the Affordable Care Act, private insurers must cover services, without patient cost-sharing, that receive “A” or “B” recommendations from the task force. The lung cancer screening recommendation received a “B” rating. Medicare also generally follows the group’s guidance.

The recommendation was welcomed by many lung-cancer specialists but drew a more cautious reaction from some physicians who noted that the test can produce false positives - flagging a spot or growth that is benign - and lead to potentially costly and invasive follow-up tests such as biopsies.

Lung cancer killed more than 135,000 people in the United States last year, according to the National Cancer Institute. Smoking and increasing age are the biggest risk factors, although nonsmokers also develop the disease, sometimes as a result of genetic mutations.

Overall, the five-year survival rate for lung cancer is about 20%, but higher when the disease is caught at the earliest stages. In recent years, the death rate for non-small cell lung cancer - the most common form - has declined, partly reflecting decreases in smoking but also new treatments targeted at specific genetic mutations or alterations.

To update its 2013 recommendation, the task force commissioned a study of the latest data on lung cancer screening and did modeling on the best age to start the screening.

The conclusion was that broadening eligibility would save a substantial number of lives, the task force said in an article Tuesday in the Journal of the American Medical Association.

The new recommendation applies to adults ages 50 to 80 who have smoked about a pack of cigarettes a day for 20 years. The 2013 version, which had the higher age threshold, was for those who smoked the equivalent of a pack a day for 30 years. In both cases, the policy applies to current smokers or those who have quit within the past 15 years. Someone who stopped smoking 20 years ago would not be eligible.

The task force said the changes will increase the number of Black people and women who will be eligible for screening and who tend to smoke fewer cigarettes than White men yet still are vulnerable to lung cancer. African Americans, the group said, have a higher risk of lung cancer than White men even with lower levels of smoking exposure. It said it hopes the new recommendation will increase the use of the test; estimates are that fewer than 5 percent of eligible Americans have been screened for lung cancer.

Roy S. Herbst, a lung cancer specialist at Yale Cancer Center, was enthusiastic about the recommendation. He said more screening would mean more cancer caught at an earlier stage, when there is a better chance of treating or curing it.

“We have to find these lung cancers early,” he said. “It’s a very minimal test.”

Some physicians and researchers were more cautious. Daniel S. Reuland, a professor of medicine at the University of North Carolina School of Medicine, co-wrote an updated analysis of risks and harms that also ran in JAMA. Screening high-risk people with low-dose CT, the article said, “can reduce lung cancer mortality but also causes false-positive results leading to unnecessary tests and invasive procedures, overdiagnosis, incidental findings, increases in distress, and, rarely, radiation-induced cancers.”

Reuland noted that follow-up tests can be nerve-racking and costly. For that reason, he and other physicians, in a third JAMA article, called on the Centers for Medicare and Medicaid Services to continue to require doctors and patients to undergo “shared decision-making” - an in-depth discussion about the pluses and minuses of the screening.

Otis Brawley, an oncologist at Johns Hopkins University who has raised questions about lung cancer screening, said he does not object to expanding the criteria but argued that all the tests should be performed at hospitals with extensive experience to minimize the likelihood of false positives.

“You have to have a good program,” Brawley said. “A number of centers that are offering it should not be offering it. So those centers are perpetuating disparities, not reducing them.”

John Wong, a member of the task force and an internist at Tufts Medical Center in Boston, countered that the benefits of screening - and of finding a potentially lethal malignancy at an early, curable stage - far outweigh the harms.

Although follow-up tests involving what turns out to be a benign growth might cause short-term anxiety and be costly, he said, “if you miss a lung cancer, then it might spread and shorten your life.”