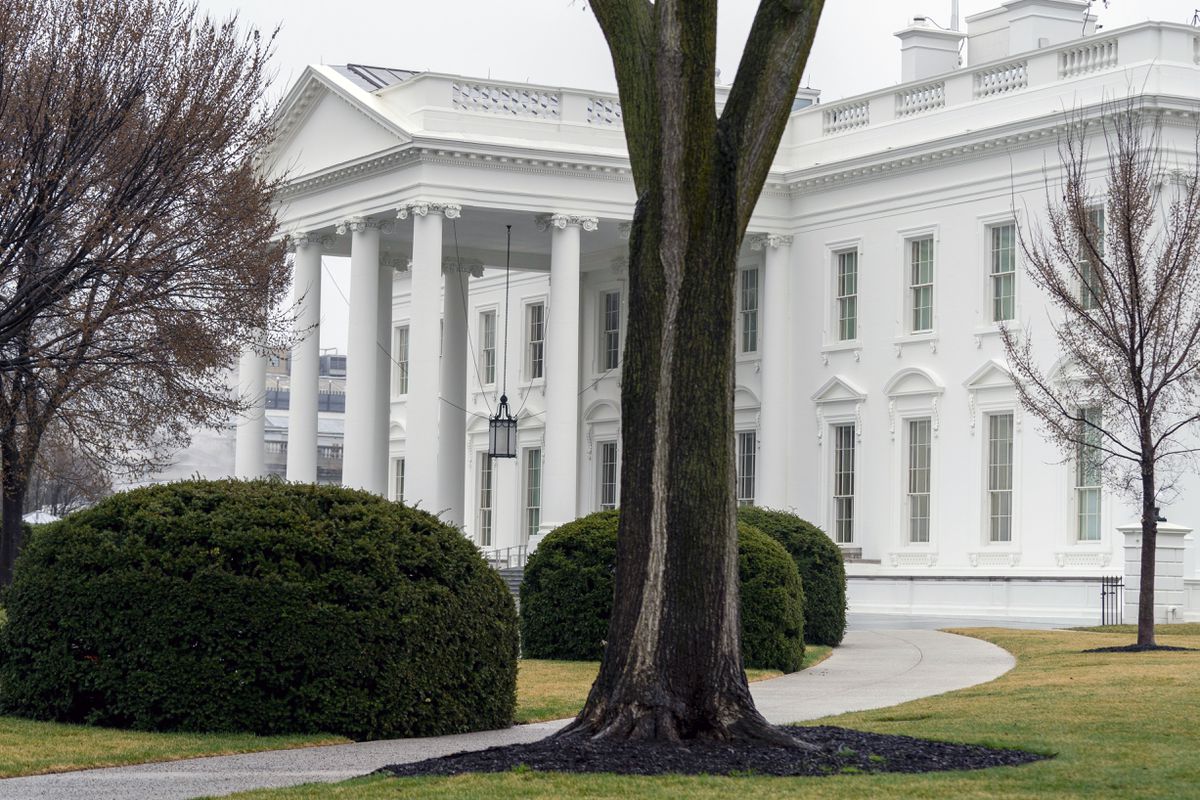 After completing the $1.9 trillion coronavirus relief package this month, Biden administration officials are piecing together the next major legislative priority. Although no final announcement has been made, the White House is expected to push a multitrillion jobs and infrastructure plan as the centerpiece of the president’s “Build Back Better” agenda.

That effort is expected to be broken into two parts - one focused on infrastructure, and the other focused on other domestic priorities such as growing the newly expanded child tax credit for several years. The people, who spoke on the condition of anonymity to describe private conversations, stressed that planning was preliminary and subject to change. Some aides said the package’s final price tag remains unclear.

Although still in the works, the sprawling legislative package follows weeks of uncertainty about Biden’s second big legislative effort and confusion among congressional lawmakers about the administration’s top priority.

The infrastructure and jobs bill is poised to further define Biden’s presidency. He has faced intense pressure, including from some Democrats, to scale back his domestic policy ambitions and work with congressional Republicans on more incremental legislation after his $1.9 trillion pandemic relief plan, which every Republican voted against.

Doing so would require Biden to jettison many of his most consequential 2020 presidential campaign promises while frustrating much of his base and Democratic Party leadership. Introducing a new $3 trillion package, which is expected to include tax increases to offset spending, is sure to frustrate Republicans, setting up another acrimonious legislative fight. But it gives the president a chance to solidify a domestic policy agenda beyond the emergency response to the pandemic.

“The country has not had a real infrastructure bill since Dwight Eisenhower set up the highway system,” said former Pennsylvania governor Ed Rendell, a Democratic proponent of infrastructure spending. “This could do more for American manufacturing and blue-collar jobs than anything else. It’s crucial not just for Biden’s legacy but for the legacy of the American government in the next decade. It’s a seminal moment for the country.”

Crucial decisions have not been made about how the administration seeks to advance the measure. Congressional Republicans probably will not support trillions more in additional spending, or the tax increases that the White House is eyeing to fund these initiatives. It’s unclear what the appetite could be, even among congressional Democrats, to use reconciliation - the budgetary procedure Democrats used to pass the pandemic bill with 51 votes in the Senate.

White House press secretary Jen Psaki said in a statement that the administration had not decided on its next step. “President Biden and his team are considering a range of potential options for how to invest in working families and reform our tax code so it rewards work, not wealth,” Psaki said. “Those conversations are ongoing, so any speculation about future economic proposals is premature and not a reflection of the White House’s thinking.”

Congressional Republicans have talked about supporting infrastructure spending but have largely rejected Democratic proposals for doing so, particularly those that include investments in cleaner energy sources in an effort to curb climate change. Senate Minority Leader Mitch McConnell, R-Ky., on Monday warned on the Senate floor against a “so-called infrastructure proposal that may actually be a Trojan horse for massive tax hikes and other job-killing left-wing policies.”

Biden’s proposal is expected to center on infrastructure spending, with hundreds of billions of dollars to repair the nation’s roads, bridges, waterways and rails. It also includes funding for retrofitting buildings, safety improvements, schools infrastructure, and low-income and tribal groups, as well as $100 billion for schools and education infrastructure.

The second component of the effort would include many of Biden’s other domestic priorities. Those include universal prekindergarten and free community college tuition. The package also would significantly expand spending on child care, and extend for several years the expansion of the child tax credit recently signed into law for one year as part of the stimulus plan.

Biden has previously touted these initiatives as necessary parts of the “caregiving economy.”

The new legislation would extend subsidies for the Affordable Care Act, as well as free and reduced tuition at historically Black colleges and universities.

Biden is expected to be presented with a menu of tax options by Treasury Department officials to fund the plan. Biden campaigned on raising the corporate tax rate from 21% to 28%, as well as increasing taxes on wealthy investors. It was not immediately clear which of his tax plans would be included in the final legislation.

“Anybody making more than $400,000 will see a small to a significant tax increase,” Biden said last week on ABC’s “Good Morning America.”

White House officials plan to include a measure to force pharmaceutical companies to lower their prices or pay a steep penalty. The White House’s efforts probably will be similar to the prescription drug bill announced by House Democrats in 2019, which aimed to respond to voter frustration over the rising costs of prescription drugs across the country, the people aware of the internal discussions said.

The Congressional Budget Office has estimated that the House Democrats’ bill would save the government about $450 billion over the next decade. By lowering the cost of prescription drugs, the government would spend significantly less on Medicare and other public health programs.

Many details of the plan were first reported by The New York Times.

The emerging proposal comes amid an extensive debate among Democratic policymakers about the next steps for the Biden administration. The Democrats’ left flank is clamoring for the party to use its hold on power in Washington to approve long-held policy goals, from an expansion of health care to action on climate change. Democrats’ centrist wing, however, has expressed repeated unease about the party-line vote over pandemic relief, and it has pushed for a return to bipartisan policymaking.

Republicans in particular are expected to oppose Biden’s tax increases on businesses and rich people. That could complicate passage, particularly through the Senate, of any major Biden infrastructure package.

“The GOP won’t vote for these tax hikes,” said Brian Riedl, a former aide to Sen. Rob Portman, R-Ohio, who now works at the libertarian-leaning think tank Manhattan Institute. “Why should they be the tax collectors for Biden’s spending spree?”

Others point out that what Biden has proposed may not be sufficient to meet the challenge of climate change and a warming planet.

“If $3 trillion is what Biden’s team lands on, they’ll be neglecting what’s politically and publicly popular, and what’s quite frankly vital for the future of our society and our planet,” said Ellen Sciales, national press secretary for the youth-led Sunrise Movement.

The Washington Post’s Seung Min Kim contributed to this report.