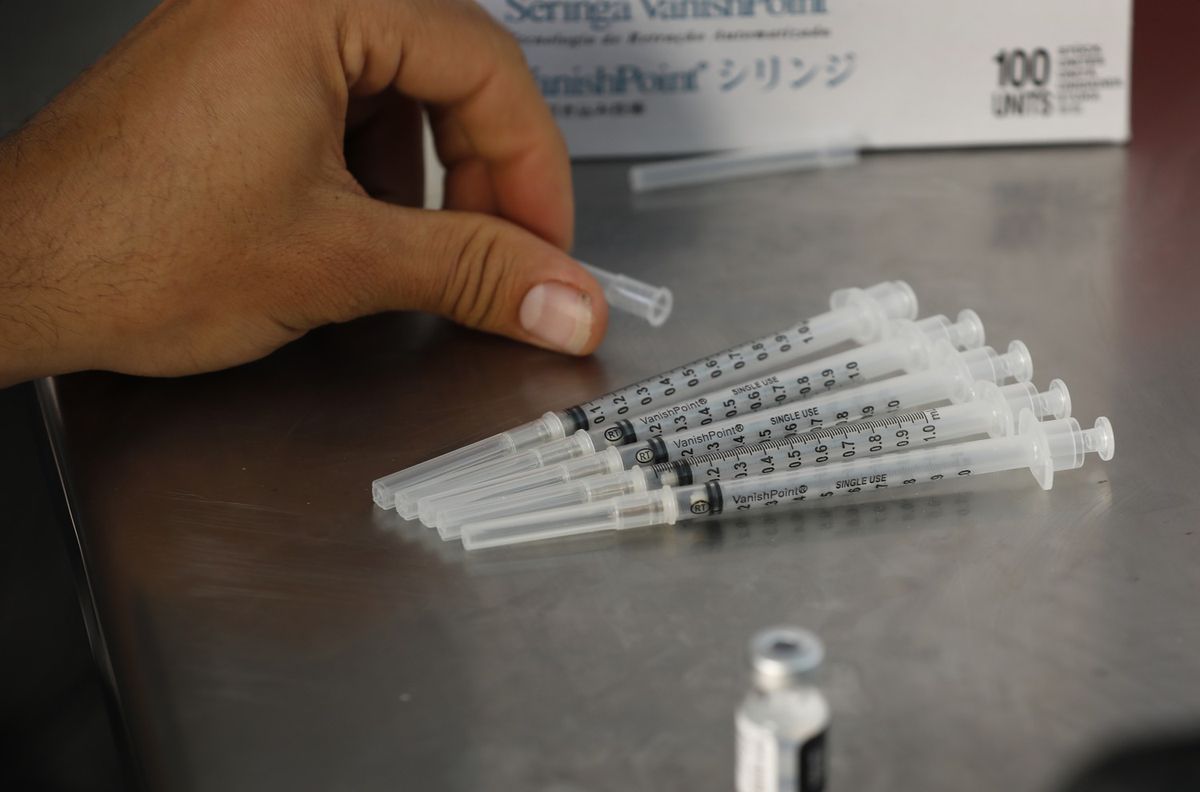 LOS ANGELES — With 13 COVID-19 vaccines in use around the world, pharmaceutical companies are exploring second-generation technology that could change how doses are administered and distributed.

These vaccines could be taken orally as a capsule that could be swallowed, as a tablet that dissolves under the tongue or as a nasal spray. Such formulations would not require refrigeration, nor would they need health care workers to administer them.

The efforts are in early stages with no guarantee of success. Research and development costs are steep, and only a small number of companies — none with a vaccine currently authorized for use — are exploring these alternate methods. The work may seem like a gamble but could play a critical role in ending the pandemic.

“It is encouraging to see manufacturers pursue easier to administer formulas of the vaccine,” said Esther Krofah, executive director of the Milken Institute’s FasterCures. “We need to have a global focus, and not just a domestic focus.”

With 22% of its population vaccinated, the Unites States has administered more doses than any other country in the world, and data show that high-income countries have been more effective distributing doses than low-income countries.

“The United States can’t be safe if the rest of the world is not safe,” said Bruce Innis with PATH, a nonprofit working in 70 countries to ensure global healthcare equity. “At a time in the country when the lens of equity is applied to everything, we can’t feel good about getting a vaccine if that isn’t happening everywhere.”

Current vaccines need syringes and refrigeration. These requirements present logistical challenges if the SARS-Cov-2 virus is to be eradicated.

The Moderna and Pfizer vaccines require ultra-cold storage or dry ice. The Johnson & Johnson vaccine, which has been put on hold while officials study reports of very rare but dangerous blood clots, can be stored in temperatures just above freezing.

According to FasterCures, which is tracking 326 COVID-19 treatments and 252 vaccines, five companies are developing oral vaccines, and two — ImmunityBio and Vaxart — have progressed to Phase 1 clinical trials.

Thirteen companies are working on intranasal sprays, and five are in early clinical trials.

“We should not underestimate how challenging it is to create the right vaccine formulations that will generate an effective immune response,” Krofah said.

[A year into the pandemic, it’s even more clear that it’s safer to be outside]

Dr. William Schaffner, an infectious disease expert at Vanderbilt University and the medical director of the National Foundation for Infectious Diseases, said he is impressed that two companies are in Phase 1 trials.

“People have been looking to create an oral vaccine for a long time without a whole lot of success,” Schaffner said. “This is exciting, novel and distinctive.”

Other experts are taking a wait-and-see approach.

“Phase 1 is a long, long way from having a product,” Dr. Paul Offit, with the Children’s Hospital of Philadelphia, said in an email, adding that there is no downside for the FDA to approve early studies.

“I’d pay attention if it goes from Phase 1 to Phase 2 and gets to Phase 3,” said Dr. Kelly Moore, deputy director of the Immunization Action Coalition, a nonprofit that provides information about vaccines and their distribution. “Many good ideas fall out between Phase 1 and Phase 2 and even more do not make it to Phase 3.”

In February, the Food and Drug Administration approved the expansion of a Phase 1 clinical trial by ImmunityBio to include two other versions of its COVID-19 vaccine: a capsule that can be swallowed and a tablet that dissolves under the tongue. The company has been testing the injectable version of its vaccine for six months. The tests are being administered by Hoag Hospital Newport Beach and have expanded from 35 to 140 participants.

ImmunityBio, based in El Segundo, is the only company to be simultaneously testing both injectable and oral versions of its vaccine, according to FasterCures data. ImmunityBio’s chairman and chief executive, Dr. Patrick Soon-Shiong, also owns The Times.

The vaccine developed by ImmunityBio is different from the vaccines developed by Moderna, Pfizer and Johnson & Johnson. Those vaccines prompt the immune system to generate antibodies against the virus’ spike protein. The ImmunityBio vaccine, however, is designed to induce antibodies against not just the spike protein on the outside of the virus but also a different protein on the inside of the virus.

Because the inside protein is less likely to mutate than the spike protein, the vaccine could potentially be more effective against coronavirus variants, experts say.

“My concept of an ideal vaccine,” said Soon-Shiong, “is one that doesn’t need refrigeration, offers quadruple immunity with antibody, T cell, mucosal and long-term memory protection, and most importantly, protects against the variants that are now emerging.”

Last week, ImmunityBio released preliminary results from the Phase 1 trial of its injectable vaccine, which showed a “ten-fold increase” in the T cell response — a key immunological response — among participants in the trial, compared with people who had been infected with the virus.

The biotech firm Vaxart, based in South San Francisco, began Phase 1 clinical trials in the fall for an oral vaccine for COVID-19.

Preliminary results released in February indicated that while its vaccine did not produce neutralizing antibodies, “we did see fantastic T cell responses,” said Dr. Sean Tucker, founder and chief scientific officer of Vaxart.

“The profile of a tablet vaccine is compelling,” said Tucker, citing its stability at room temperature and the fact that it is easy to transport and swallow and doesn’t need needles to administer. “However, it’s just been tough to get oral vaccination to work. Typically, the vaccine gets degraded like food.”

The oral polio vaccine — a benchmark of success — took nearly 10 years to develop. First introduced as an injectable vaccine by Jonas Salk in 1953, the oral version, formulated by Albert Sabin, appeared in 1962. The near eradication of polio throughout the world is credited largely to the convenience of an oral vaccine.

But the poliovirus is a different type of virus than the novel coronavirus. They are both equally contagious, but a polio infection begins in the digestive tract before reaching the nervous system and causing paralysis, An oral vaccine for polio targets the initial site of infection.

Oral vaccines have similarly been effective against rotavirus and salmonella, but according to Dr. Buddy Creech, director of the vaccine research program at Vanderbilt University Medical Center, the challenge is to make sure that enough of the vaccine survives in the stomach to trigger an immune response.

As a respiratory illness, the novel coronavirus is similar to influenza, and while the influenza vaccine is typically given as a shot in the arm, one company has developed an intranasal version. FluMist is an aerosolized spray that targets the nose and throat where the virus’ infection often begins. FluMist, Creech said, produces an immune response on par and in some ways better than an injected vaccine.

Pfizer is developing a powder version of its vaccine, according to a company spokesperson. Essentially freeze-dried, a vaccine in this form is more stable than a liquid vaccine, and its storage requirements are comparable to the Johnson & Johnson vaccine.

Once on site, the Pfizer vaccine would be reconstituted as a liquid and injected. It is also being reformulated to require one shot. Clinical trials on this version of their injectable vaccine have not yet started.

Finding an alternative vaccine delivery method is a “huge investment,” said Moore, of the Immunization Action Coalition, which is why most companies avoid it, and for companies that have yet to produce a viable vaccine, it is a gamble.

“Convenience is meaningless if the vaccine itself doesn’t work,” said Dr. Lawrence Steinman, an immunologist and neurologist at Stanford University.