Gallows or guillotines? The chilling debate on TheDonald.win before the Capitol siege. 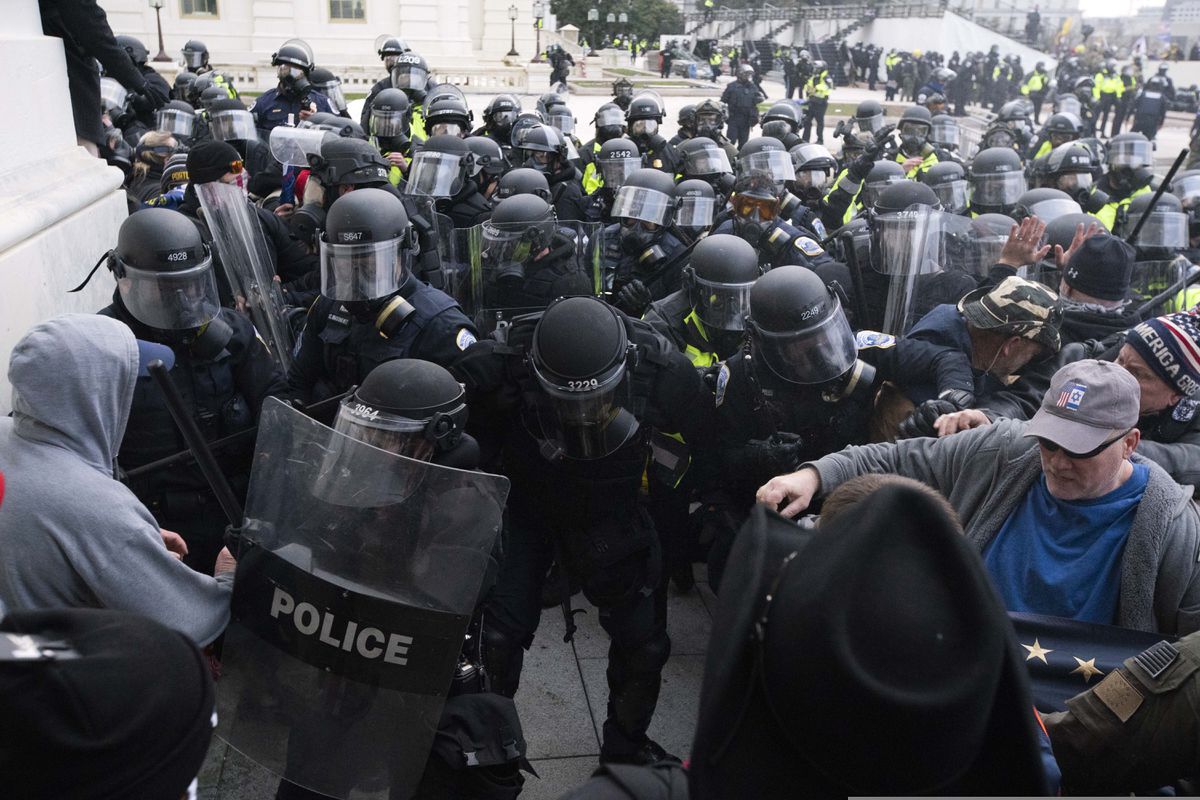 In the weeks before supporters of then-President Donald Trump assaulted the U.S. Capitol, TheDonald.win forum commenters debated how best to build a gallows for hanging - or simply terrifying - members of Congress deemed disloyal. What kind of lumber? What kind of rope? And how many nooses?

A user named “Camarokirk” had a different suggestion: “I think you should build a guillotine,” he wrote Dec. 30. “A guillotine is more scary.”

User AsaNisiMAGA countered with a practical concern: “It’s better symbolism in every way. But it might prove more difficult to get that big blade into town.”

Such conversations flowed freely and visibly on TheDonald.win for weeks, underscoring the openly violent intent of some of the thousands of Trump enthusiasts who thronged the Capitol on Jan. 6, as well as the intelligence failures of the authorities charged with preparing for that day. The clashes left five people dead, including a Capitol Police officer.

Cached versions of the comments on the now-defunct site show the chilling precision and pragmatism of the advanced planning for an assault whose reverberations are still shaking Washington, with a hearing Thursday expected to turn a harsh light on intelligence and operational failures by the Capitol Police. Comments on TheDonald.win were made using pseudonyms, and it is unknown whether any of the commenters are among the more than 300 people who have been charged in the siege.

Advance Democracy, a nonpartisan research group, collected the cached versions of the comments in a 135-page report it provided exclusively to The Washington Post. The report expands previous work done by the group and other researchers in chronicling how TheDonald.win and other online forums played a crucial role in fomenting, planning and celebrating the siege.

Much of what was described in conversations on TheDonald.win came to pass Jan. 6, prompting widespread recriminations against Trump for fueling the attack through tweets and other public comments. The House impeached him for his role in inciting an insurrection, and the Senate voted 57 to 43 to find him guilty but did not reach the two-thirds vote required to convict him.

The comments in the report demonstrate the central role played by TheDonald.win, one of the most prominent online sites dedicated to supporting the former president, said Daniel Jones, a former FBI analyst and former Senate investigator who is now president of Advance Democracy.

“The website, TheDonald, played a far more central role in the January 6th Capitol insurrection than was previously known,” he said. “There are thousands of posts - with tens of thousands of comments - detailing plans to travel to Washington and engage in violence against the U.S. Capitol. The ultimate end goal of this violence was, on behalf of Trump, disrupt the Congress and overturn the presidential election.”

Following Trump’s loss to Democrat Joe Biden in November, the then-president relentlessly made baseless allegations of widespread voter fraud and urged supporters to come to Washington to protest - most notably in a Dec. 19 tweet saying, “Big protest in D.C. on January 6th. Be there, will be wild!”

Many of his supporters treated this as a directive, the Advance Democracy report shows.

“I’LL BE THERE, AND I’LL BE WILD, SIR!!!” wrote user donaldismydad on TheDonald.win.

BathouseBarry wrote, “And we will be armed, and we won’t leave.”

Users of TheDonald.win also shared advice on bringing firearms into Washington as well as how much ammunition to carry in case the protest turned into a gun battle, and they discussed the legality of carrying other weapons, such as stun guns and small knives, that might not violate the city’s strict gun-control laws.

Other subjects of discussion were the proper length and brand of zip ties for detaining members of Congress and how to use a flagpole and other objects to attack police officers.

Users of TheDonald.win also shared diagrams of the tunnel systems beneath the Capitol complex and speculated on how pushing the mob from behind could create a “wall of death” that would force police officers to abandon their positions. The prospect of a potentially violent clash with the Capitol Police officers charged with protecting the building did not appear to concern some of those chatting on TheDonald.win.

“Cops don’t have ‘standing’ if they are laying on the ground in a pool of their own blood,” wrote a user.

TheDonald.win - which described itself as a “never-ending rally dedicated to the 45th President of the United States, Donald J. Trump” - had its start as a Reddit forum notorious for conspiracy theories, racism and violent conversation. Bridling against platform rules, many users eventually moved to a stand-alone site, TheDonald.win, before Reddit banned its version of the forum outright in June 2020.

At its peak in December, TheDonald.win reportedly generated more than a million visits a day.

Jody Williams, an Army veteran from Texas who helped moderate the site and owned its Web address, shut it down after the Jan. 6 attack following what he said was internal dissent over moderation policies and “nefarious forces” pushing extremist ideas, including white supremacy, on the site. He declined to comment on Wednesday and previously has sought to distance himself from the worst of what happened on the forum, telling The Post in February that he was seeking to support Trump but struggled to remove the deluge of comments violating site policies amid battles with other moderators.

“Did I compromise some of my principles to do so? Without a doubt,” Williams acknowledged then. “Sometimes you swallow pills you don’t like to get things done. That’s the world we live in. . . . That’s politics.”

Many of the comments on TheDonald.win before Jan. 6 were intensely bellicose, the Advance Democracy report shows.

“Get ready to occupy the Capitol Building,” a user wrote Dec. 27. “Find the tunnels. Arrest the worst traitors.... We need over a million angry people; at least 100k armed. Let them try to hurt us as civilians. Their support will collapse overnight.”

Another user wrote of the presidential vote certification process scheduled for Jan. 6, “If they ‘certify’ biden, we storm capitol hill. Executions on the steps.”

Another user gave detailed instructions for a prolonged attack, writing “Keep your guns hidden (outside DC proper), walk into DC (good boots a must), bring your plate carrier, your flag, radio and charging kits {NO PHONES), your trauma kits (3 tourniquets, quick clot, packing), gas mask and extra filter (you need to be clean shaven), water (3L minimum per person) and food ... How many people can a dead patriot save? none.”

The same user also suggested “180 rounds minimum for main rifle, another 50 for sidearm, per person.”

The debate over building a guillotine or gallows ultimately got resolved in favor of a gallows, which commenters estimated could be built for as little as $200 in supplies. A gallows was in fact built on the National Mall on Jan. 6, providing one of the more haunting images from that day.

The intended message was summed up in a meme shared on TheDonald.win on Jan. 5 - the eve of the siege - showing a heavily sweating man labeled “Congress” as he tried to decide which of two buttons to push.

One was labeled, “Certify Trump.” The other read, “Get Lynched By Patriots.”