Broadway producer Scott Rudin steps aside amid accusations of abusive behavior going back decades, apologizes for pain he caused 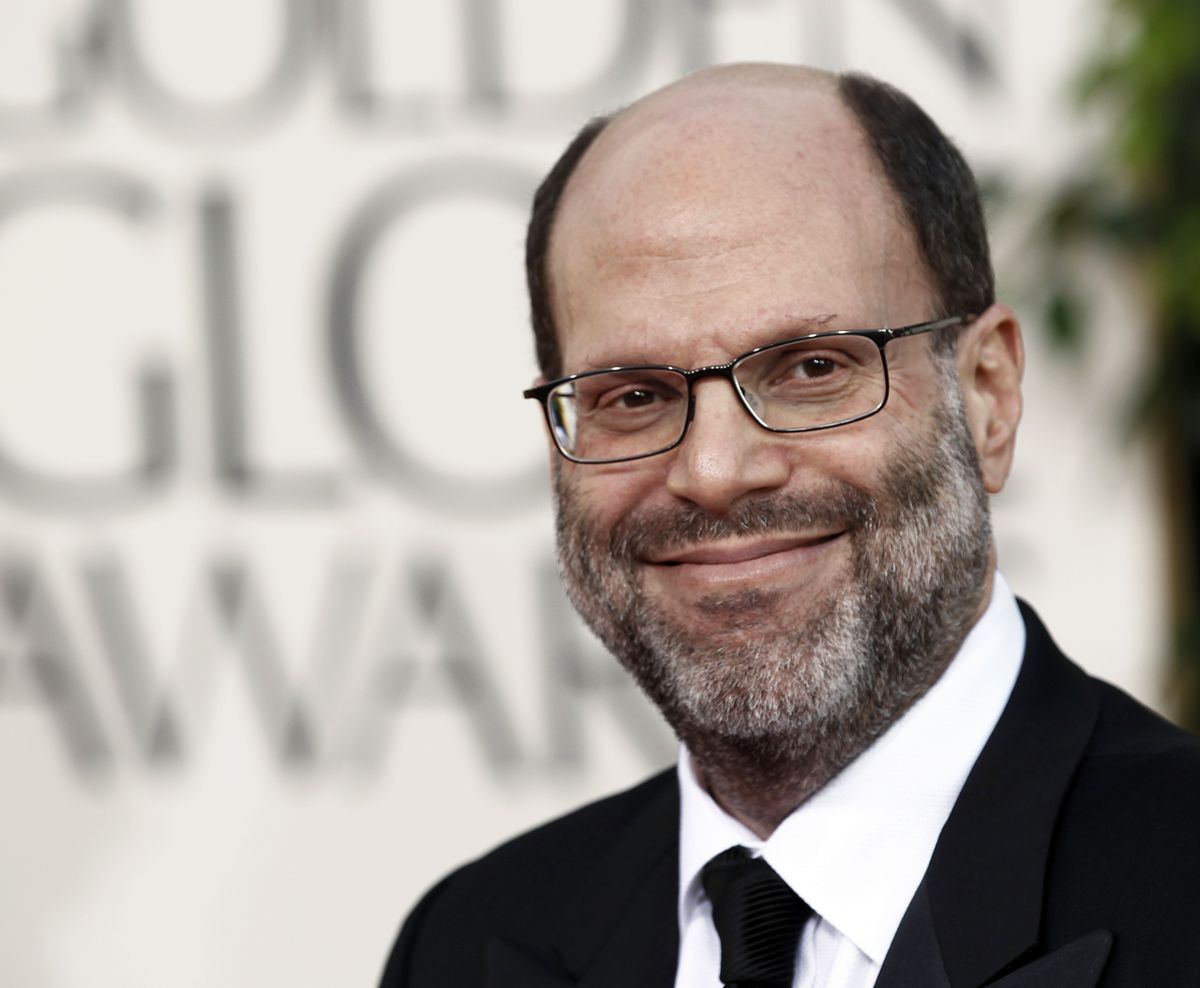 FILE - Scott Rudin arrives at the Golden Globe Awards in Beverly Hills, Calif. on Jan. 16, 2011. Rudin, one of the most successful and powerful producers, with a heap of Oscars and Tonys to show for it, has long been known for his torturous treatment of an ever-churning parade of assistants. Such behavior has long been engrained — and sometimes even celebrated — in show business. (AP Photo/Matt Sayles, File)

FILE - Scott Rudin arrives at the Golden Globe Awards in Beverly Hills, Calif. on Jan. 16, 2011. Rudin, one of the most successful and powerful producers, with a heap of Oscars and Tonys to show for it, has long been known for his torturous treatment of an ever-churning parade of assistants. Such behavior has long been engrained — and sometimes even celebrated — in show business. (AP Photo/Matt Sayles, File)

Apologizing “for the pain [his] behavior caused” to colleagues, producer Scott Rudin - a titanic force on Broadway and in Hollywood - told The Washington Post on Saturday that he will “step back” from his Broadway ventures. He added that he was “taking steps that I should have taken years ago to address this behavior.”

Rudin, 62, producer of such Broadway hits as “To Kill a Mockingbird” and “The Book of Mormon” and Oscar winners including “No Country for Old Men,” was accused in an April 7 article by the Hollywood Reporter of “acts of intimidation” and humiliation against his employees, going back decades.

The story, in which several people described allegations that had circulated in the entertainment industry for years about Rudin’s bullying and rages, rocked the theater world. In one anecdote, he allegedly smashed a computer monitor on an assistant’s hand over an unsuccessful flight booking, sending the employee to the emergency room. He’s also accused of throwing objects at workers, including a stapler and a baked potato.

Demands for artists who work with Rudin to publicly repudiate him mounted on social media in the days after the report. The outrage culminated Wednesday with Tony-winning actress Karen Olivo declaring in an Instagram video that she would not be returning to the Broadway production of “Moulin Rouge! The Musical” after the shutdown because she said “the silence about Scott Rudin” was “unacceptable.”

“Building a better industry is more important than putting money in my pocket,” said Olivo, who last year formed with actress Eden Espinosa a reform group, Artists for Economic Transparency. “People are more important than your pocketbook. That’s it.”

In his first public statement about the controversy, Rudin - who is not involved with “Moulin Rouge!” - acknowledged the seriousness of the allegations against him.

“Much has been written about my history of troubling interactions with colleagues, and I am profoundly sorry for the pain my behavior caused to individuals, directly and indirectly,” he wrote in a three-paragraph statement emailed to The Post.

“After a period of reflection, I’ve made the decision to step back from active participation on our Broadway productions, effective immediately. My roles will be filled by others from the Broadway community and in a number of cases, from the roster of participants already in place on those shows.”

“My passionate hope and expectation is that Broadway will reopen successfully very soon, and that the many talented artists associated with it will once again begin to thrive and share their artistry with the world. I do not want any controversy associated with me to interrupt Broadway’s well deserved return, or specifically, the return of the 1500 people working on these shows.”

Rudin declined to elaborate on the statement, or on what exactly retreating from “active participation” entails. He has spoken to confidants about beginning a program of anger management or some manner of coaching. Whether his actions will in some way quell the calls for punitive action to be taken against him is unclear. Producers who spoke on the condition of anonymity due to the sensitive nature of the allegations have spoken of some sanction by the Broadway League, whose members are Broadway producers and theater owners. But the league exists primarily as a trade organization and overseer of the Tony Awards with the American Theatre Wing. Every commercial Broadway production is, in essence, its own private enterprise.

An exit by Rudin has potentially immense consequences for an industry that is short on visionary leaders. The Internet Broadway Database lists 77 plays and musicals produced by Rudin since the early 1990s. They run the gamut from star-driven revivals (Bette Midler in “Hello, Dolly!”; Denzel Washington and Viola Davis in “Fences”) to risky new work by writers previously unseen on Broadway (Taylor Mac’s “Gary: A Sequel to Titus Andronicus,” Lucas Hnath’s “A Doll’s House Part 2”).

Rudin also has been instrumental behind the scenes over the past several months with Thomas Schumacher, president of Disney Theatrical Group, in efforts to put Broadway on a safe timetable for its return. At the behest of New York Democratic Gov. Andrew Cuomo, he and Jane Rosenthal, co-founder of the Tribeca Film Festival, launched a months-long initiative, the NY PopsUp festival, to herald the impending reinstatement of live performance.

Allies of Rudin’s reached Saturday, who also spoke on the condition of anonymity because of the sensitive nature of the allegations against him, said it was Rudin who put Broadway in touch with New York State officials, secured high-level Washington lobbyists and helped enlist Senate Majority Leader Chuck Schumer, D-N.Y., in the campaign to obtain federal relief for arts venues. That resulted in the $16.1 billion in aid provided by the Shuttered Venues Operators Grant program, which has yet to begin dispensing money.

Before the shutdown, Rudin had three shows running on Broadway: the long-running “Book of Mormon,” Aaron Sorkin’s hit adaptation of “To Kill a Mockingbird” and director Ivo van Hove’s provocative, multimedia reinterpretation of “West Side Story.” Announced, too, was a $17 million revival of “The Music Man,” directed by Jerry Zaks and starring Hugh Jackman and Sutton Foster, and a touring version of “Mockingbird,” now set to come to the Kennedy Center in spring of 2022.

Rudin’s announcement means he will cede direct handling of these productions when they return to others. No mention was made in his statement of his film projects, which include the release on Netflix next month of “The Woman in the Window,” starring Amy Adams.

The people close to Rudin expressed sadness about his alleged behavior but added that a departure from day-to-day responsibilities of some duration was the right thing. “It’s a sad story all around, and whatever he did do, I can’t condone it,” said one Broadway insider. “There is no way of telling this story without admitting it’s a tale of two Scotts.”