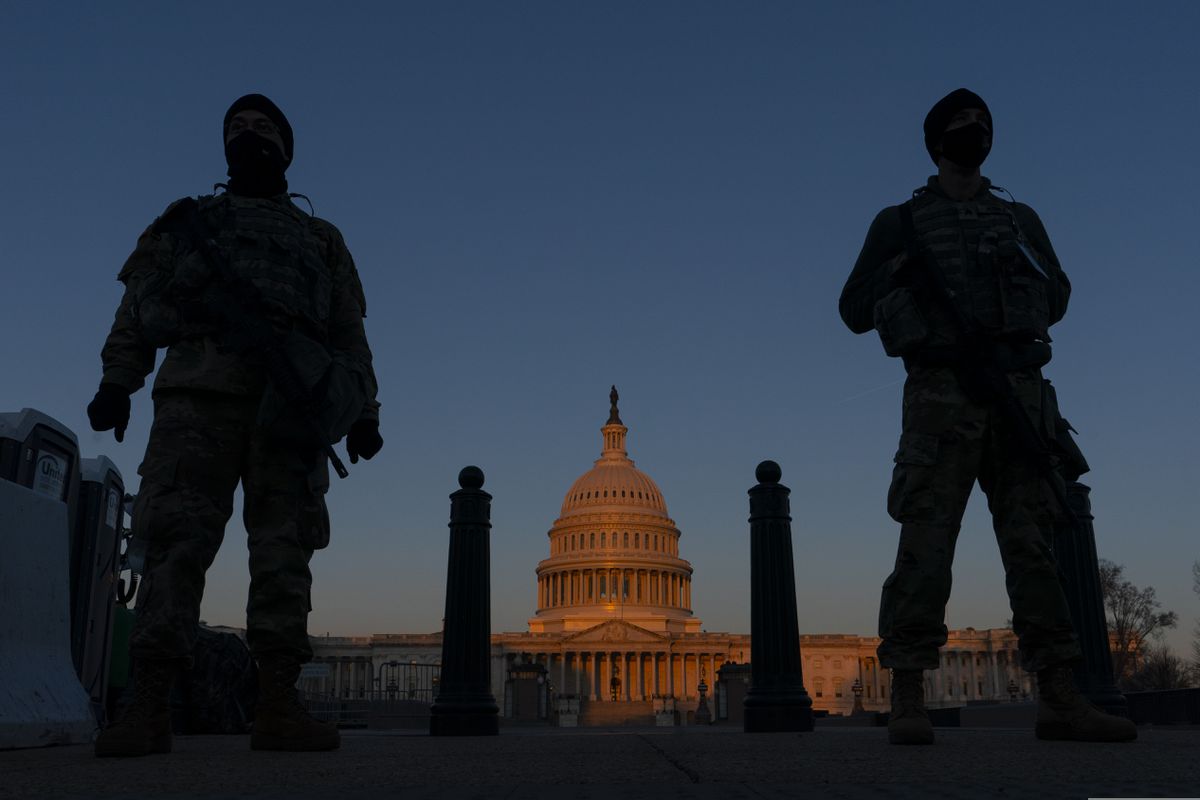 WASHINGTON - Congress’s pursuit of an independent investigation into the Jan. 6 insurrection is facing long odds, as bipartisan resolve to hold the perpetrators and instigators accountable erodes, and Republicans face sustained pressure to disavow that it was supporters of former president Donald Trump who attacked the U.S. Capitol.

House Speaker Nancy Pelosi, D-Calif., announced late last week that she had drafted a fresh proposal for an outside commission to examine what caused the deadly riot. But in a sign of how delicate the political climate has become, she has yet to share her recommendations with Republican leaders, who shot down her initial approach, labeling it too narrow in scope and too heavily weighted toward Democrats in composition.

“Compromise has been necessary,” Pelosi wrote in a letter to other Democrats, informing them she had begun to share her latest proposal with other Republicans in Congress. “It is my hope that we can reach agreement very soon.”

A spokesman for House Minority Leader Kevin McCarthy, R-Calif., declined to comment on a proposal that the leader had not yet seen, adding that “hopefully the speaker has addressed our basic concerns of equal representation and subpoena authority.”

Behind the scenes, Democrats are developing contingency plans. Pelosi acknowledged this week that one backup option is to appoint a select committee of House members to investigate events surrounding the riot, though she told USA Today that it was “not my preference.” Another would be to defer to congressional committees that are currently examining the failures in planning that left the Capitol vulnerable to attack, which Pelosi has called a potential “resource” to a future commission, should one be established.

Those House investigations have been slow to get off the ground, however, as political interests steadily overtake lawmakers’ appetite to push for accountability.

Initial negotiations aimed at establishing an independent commission in the style of the panel that investigated the Sept. 11 attacks ran aground earlier this year after Republican leaders insisted that it scrutinize left-wing extremism - including the amorphous antifa movement that Trump and other conservatives have blamed for fomenting violence in D.C. and other cities - alongside the far-right and white nationalist groups suspected of having planned or encouraged the mayhem. Democrats resisted, accusing the GOP of trying to distract the public from the fact that extremist groups in the Republican base were responsible for the riot.

Many rank-and-file Republicans have been forced to walk a political tightrope, as a majority still believe the election was stolen from Trump. The former president still wields outsize influence in the GOP, which is presently the minority party in Washington but is within striking distance of making a comeback in 2022 - if leaders can hold their ranks together.

The pressure to prioritize a political win over accountability for the former president kept the vast majority of Republicans in both the House and Senate from endorsing impeachment charges against Trump accusing him of inciting the riot. The discrepancy was especially apparent in the Senate, where several Republicans - including Minority Leader Mitch McConnell, R-Ky. - blamed Trump for the attack but refused to vote to convict him.

These same dynamics now threaten to upend what bipartisan momentum remains for a Jan. 6 commission, which only a handful of Republicans have said is vital to establishing a record of what went wrong.

“We have a real dilemma on our hands,” said Norm Ornstein, an emeritus scholar with the American Enterprise Institute and a longtime observer of Republican congressional dynamics. “The political imperative at this point is to discredit any investigation, to deny any ties either to Donald Trump or to the members of Congress ... who either helped to plan the (riot) or helped to incite it.”

In the meantime, the congressional panels attempting to probe the law enforcement failures that allowed the chaos to spiral out of control, and the domestic extremist movements suspected of plotting the most egregious violence, are falling victim to familiar political dynamics.

In recent weeks, public hearings held by the House Judiciary and Armed Services committees have devolved into shouting matches, as GOP members accuse Democrats of ignoring threats from the far left, while Democrats accuse them of equivocating to distract from the fact that far-right extremists have become an active force in the Republican Party.

In the meantime, none of the Democrat-led House panels investigating aspects of the insurrection has made demonstrable headway in documenting contributing factors and assigning blame for the abundant failures that allowed the Capitol to be overrun. None, aside from the House Appropriations Committee, has held hearings with any current or former law enforcement or military officials responsible for coordinating security in D.C. ahead of the pro-Trump “Stop the Steal” rally that set off the riot on Jan. 6 and for then reinforcing the Capitol once it was overrun.

“We’ve skipped a step,” Rep. Rodney Davis, R-Ill., the House Administration Committee’s ranking minority-party member, complained Thursday as the panel spoke to Capitol Police Inspector General Michael Bolton in the panel’s first public hearing into the events surrounding the insurrection. “This committee has not heard from anybody involved in the decision-making process.”

Other House panels tasked to investigate the riot have not held hearings with any government officials at all, relying instead on the testimony of outside academics and advocates.

The halting start in the House is perhaps more glaring when compared to the pace of activity in the courts and in other corners of the Capitol.

On Friday, the Justice Department announced it had secured its first guilty plea in cases brought over the Capitol breach, from a founding member of the far-right Oath Keepers group who also agreed to cooperate with investigators against others. Prosecutors have charged more than 400 people in connection with the attack.

In the Senate, a two-panel investigation has already held public hearings with leading police, National Guard and Justice Department officials, and the sergeants at arms responsible for riot-response plans. The Senate Rules and Homeland Security committees are expected to release a report of their findings and conclusions by next month.

That joint probe continues to function harmoniously despite simmering tension between leading Democrats and Republicans over scheduling additional witness testimony, particularly from relevant political and military officials who were at the Pentagon on Jan. 6.

Against that backdrop, the House may be running out of time to make its mark. And yet the hurdles Pelosi is encountering on the way to establishing an independent commission are consistent with recent history.

It took Congress more than a year after the terrorist attacks on Sept. 11, 2001, to establish the independent commission now held up as the gold standard of investigations. Proponents had to overcome opposition from President George W. Bush and members of his administration, as well as squabbling over the body’s composition and mandate.

In the end, lawmakers had to strike a deal that Senate Republicans would clear at least one of their picks for the panel with Sens. John McCain, R-Ariz., and Richard Shelby, R-Ala., seen as independently spirited enough for Democrats to trust. Eventually, the 9/11 commission was approved by both chambers of Congress as part of that year’s intelligence authorization bill.

Should the current Congress proceed along a similar timetable, Congress would not set up an independent Jan. 6 commission until next spring, when the 2022 midterm elections season will be heading into primaries where Trump has pledged to play a selective, but active, campaigning role.

That alone threatens the prospects for achieving the compromise Pelosi has called for.