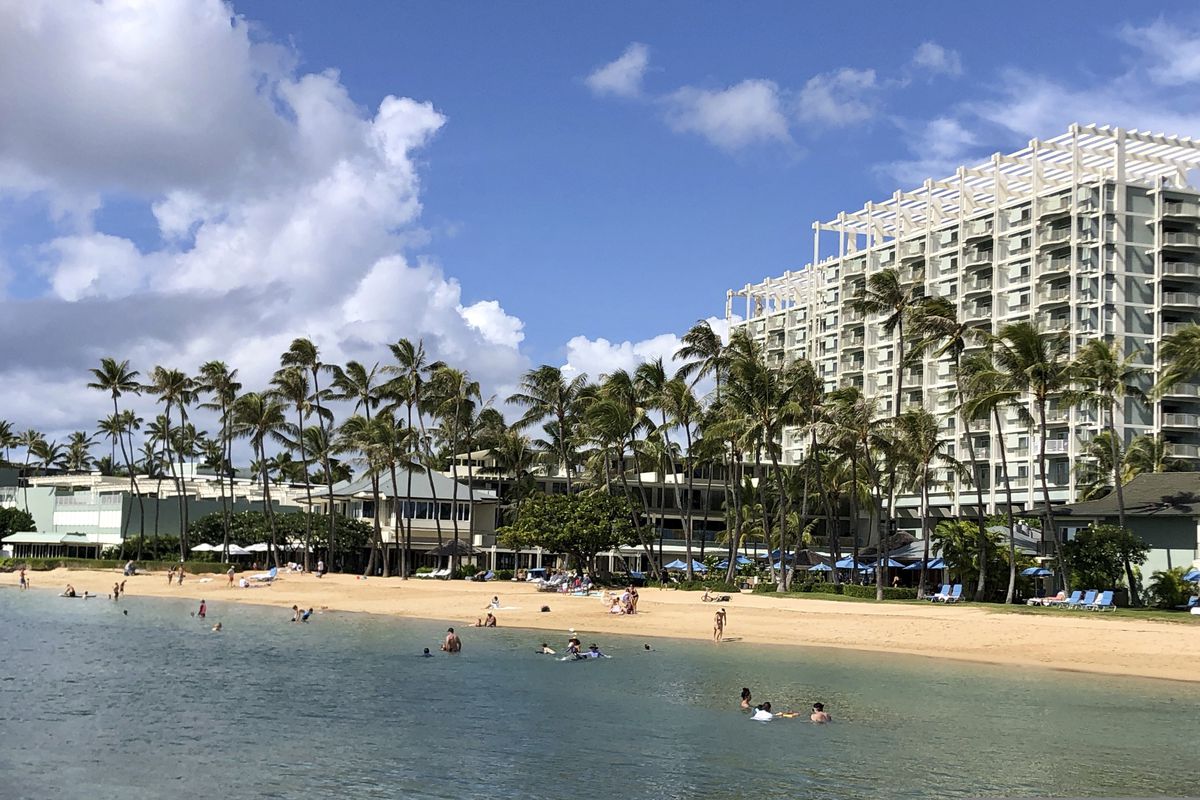 People are seen on the beach and in the water in front of the Kahala Hotel & Resort in Honolulu, Hawaii, on Nov. 15, 2020. (Jennifer Sinco Kelleher / AP)

People are seen on the beach and in the water in front of the Kahala Hotel & Resort in Honolulu, Hawaii, on Nov. 15, 2020. (Jennifer Sinco Kelleher / AP)

Hawaii’s complicated travel rules are about to get simpler for vaccinated travelers.

Starting May 11, state residents who were vaccinated in Hawaii will be able to bypass coronavirus testing requirements when they travel between islands, as long as at least 14 days have passed since their final shot. For vaccinated citizens of Hawaii who previously had to get tested to travel to other parts of the state, this means doing business or seeing family will be much easier.

The vaccine exception to the state’s “Safe Travels” program will go into effect for visitors from the continental United States later in the summer; a date has not yet been announced. International travel will follow eventually. Officials in Hawaii announced the plan at a news conference Tuesday afternoon.

“I have every expectation we will be able to extend this policy to mainland travel sooner rather than later, but we need to first implement it here,” Hawaii Lt. Gov. Josh Green said in an interview. Green, a physician, has been working on the plan for months. He said that for now, Hawaii is only able to verify vaccination status within the state.

Currently the state requires visitors to test negative within 72 hours of departure — via an approved testing partner — to avoid a 10-day self-quarantine. Inter-island travelers arriving in Kauai, Hawaii Island or Maui County also must self-quarantine unless they have a negative test. The testing option was not even available until mid-October; before that, all travelers had to self-quarantine for 14 days.

Green said travel has already been increasing to the state, almost doubling in the past three months.

“But there has always been about 10% of the travelers struggling with the Safe Travels program,” he said, getting the wrong test or having their test done at the wrong time. “This will provide a lot more stability for travelers.”

With other parts of the world still fighting the virus and off limits to Americans, Green said he could foresee a big surge in travel once it is easier for vaccinated visitors to come.

“It’s a double-edged sword,” he said. “We absolutely love having travelers because they are the heart of our economy. On the other hand, we’re also mindful that we had 10 million travelers, which strained Hawaii before the pandemic. We think we’ll reach a new balance.”