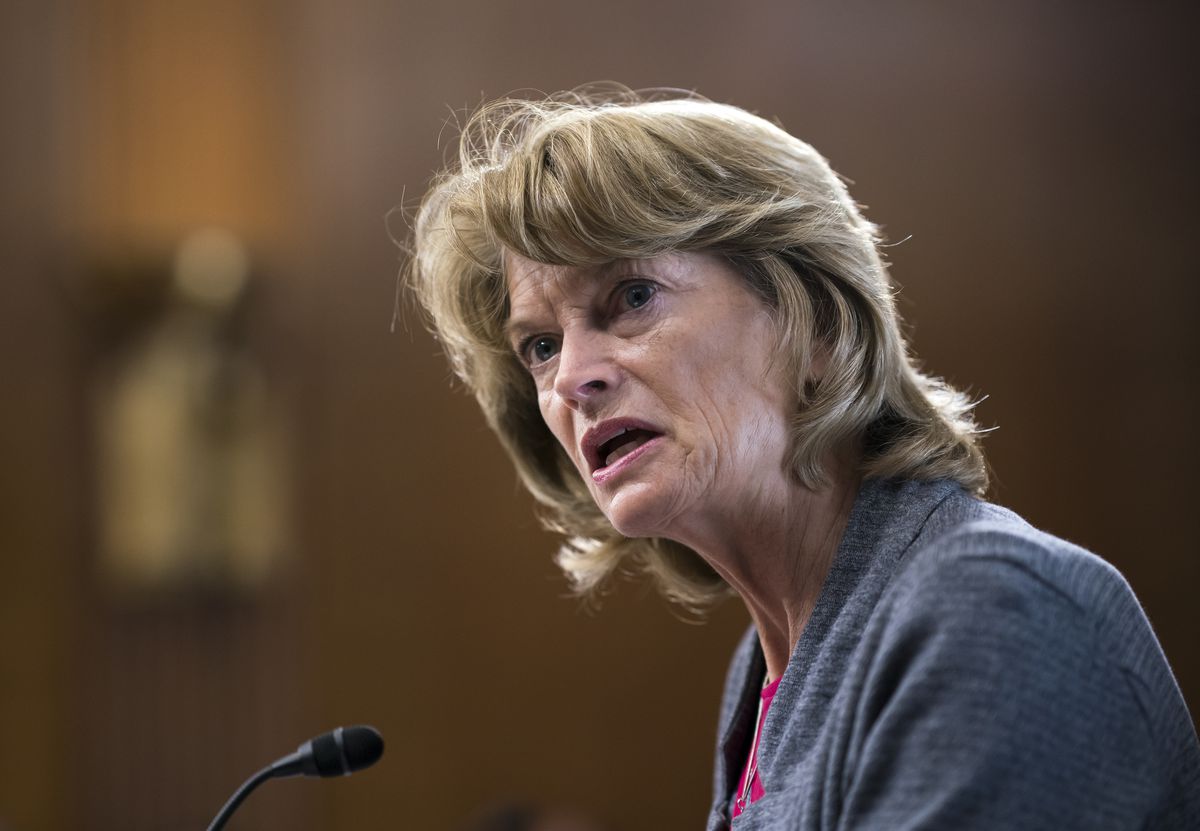 WASHINGTON - On the eve of the failure of a measure that would form a commission to investigate the Jan. 6 attack on the Capitol, Sen. Lisa Murkowski, R-Alaska, told reporters that the decision facing senators is about more than “just one election cycle.”

Murkowski made the remarks in an extraordinary exchange at the Capitol on Thursday night. It comes as Senate Minority Leader Mitch McConnell, R-Ky., has been urging Republican senators to oppose the establishment of an independent commission, which he argued is “extraneous,” and as relatives of the late Capitol Police officer Brian D. Sicknick plead with senators to back the legislation.

“They don’t want to rock the boat,” Murkowski said of Republican senators who oppose the commission. “They don’t want to upset. But again, it’s important that there be a focus on the facts and on the truth. And that may be unsettling, but we need to understand that.”

In a violent siege, supporters of former president Donald Trump stormed the Capitol, intent on stopping the affirmation of Joe Biden’s win in the presidential election. Nearly 140 officers were assaulted during the attack, as they faced rioters armed with ax handles, bats, metal batons, wooden poles, hockey sticks and other weapons, authorities said.

Asked whether she’s concerned that voting in favor of the panel might doom her own re-election prospects next year, Murkowski told reporters, “You know, I can’t think about that.”

She argued that the choice facing Congress is about more than just one election.

“To be making a decision for the short-term political gain at the expense of understanding and acknowledging what was in front of us on January 6th, I think we need to look at that critically,” Murkowski said when asked about McConnell’s opposition to the measure. She added: “Is that really what this is about, is everything is just one election cycle after another?”

Murkowski has been a vocal critic of Trump. She was the first Republican senator to publicly call on Trump to resign after the Jan. 6 attack, and she joined six other GOP senators to vote to convict Trump during his second impeachment trial in February.

“I want him to resign. I want him out. He has caused enough damage,” Murkowski told the Anchorage Daily News after the attack.

During her 2010 campaign, Murkowski lost her GOP primary to a tea party candidate but went on to win re-election as a write-in candidate. She has remained a Republican, but in the interview with the Anchorage Daily News, she suggested she may leave the party if it continues to embrace Trump.

“I didn’t have any reason to leave my party in 2010,” Murkowski said in January. “I was a Republican who ran a write-in campaign and I was successful. But I will tell you, if the Republican Party has become nothing more than the party of Trump, I sincerely question whether this is the party for me.”

In her remarks to reporters Thursday night, Murkowski argued that there’s “more to be learned” about the events of Jan. 6. She repeatedly referenced the conversations she has had with Capitol Police officers in the wake of the attack, as well as the impact of that day on reporters, lawmakers, staff and others who endured it.

“Your question - is it going to reveal anything more than we would have gotten otherwise?” she told a reporter. “I don’t know, and I guess now we’ll never know. But isn’t that part of the problem, that we’ll never know? And so, if we never know, we’ll wonder. We’ll keep wondering. It’ll never be resolved. It’ll always be hanging out there. And so, isn’t it only right that we can provide some level of certainty at some point in time?”

According to NBC News, Capitol Police officer Eugene Goodman was standing behind Murkowski as she spoke. Goodman is the lone Black police officer who faced down a mob of mostly White rioters on Jan. 6 and led them away from the Senate chambers, likely pre-empting what could have been a violent confrontation.

Murkowski responded by telling Goodman she had no idea he was standing right behind her - and gave him a hug before parting ways.