Canada to open border to fully vaccinated US citizens on Aug. 9. You’ll have to take a few steps before you get there. 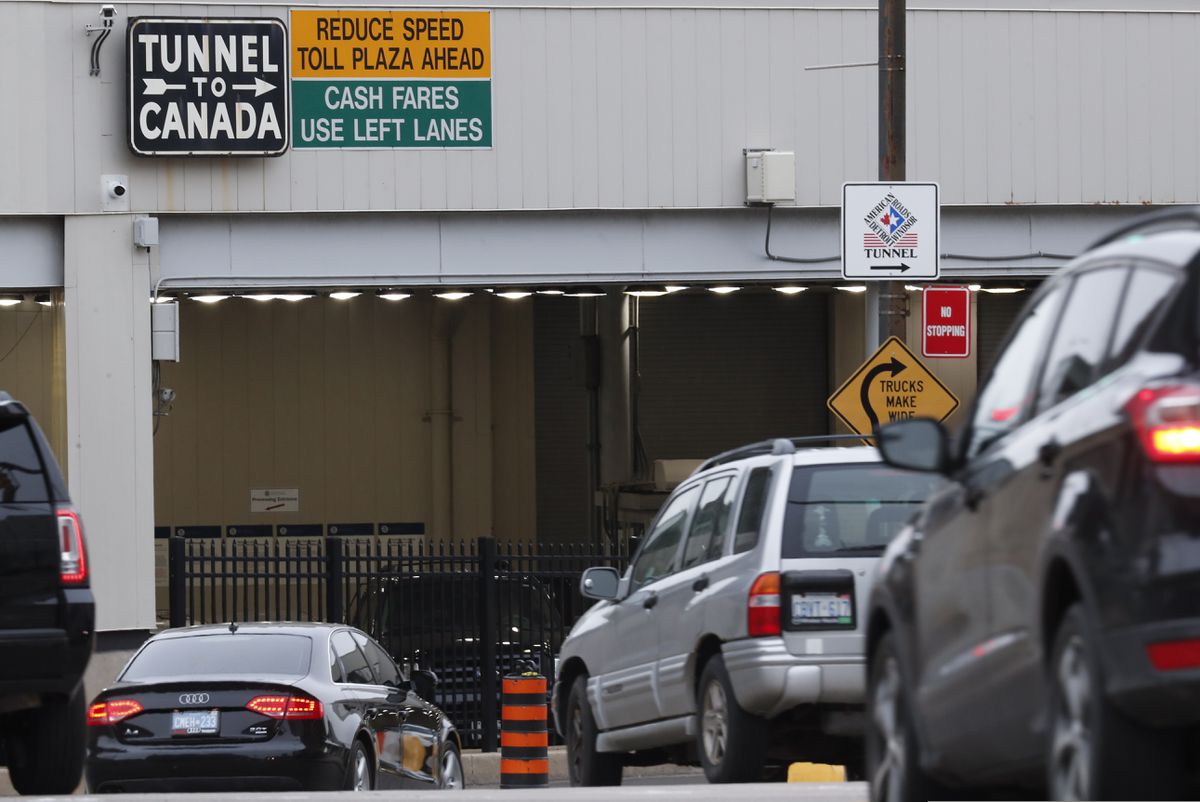 TORONTO - Canada on Monday said it will begin to ease pandemic restrictions at the U.S.-Canada border next month, allowing U.S. citizens and permanent residents living in the United States who are fully vaccinated with Canadian-authorized vaccines to enter for nonessential travel without quarantining.

The decision, which takes effect Aug. 9, follows months of criticism from U.S. lawmakers across the political spectrum, business groups and some travelers over what they said was an overly cautious approach to lifting curbs that have split families, battered the tourism sector and upended life in close-knit border communities.

To be eligible for entry, fully vaccinated U.S. citizens and permanent residents must be asymptomatic and present a negative coronavirus molecular test taken within 72 hours of flight departure or arrival at a land crossing.

They will also be required to upload proof in English, French or certified translation that they have received a full series of an authorized coronavirus vaccine at least 14 days before departure to the Canadian government’s ArriveCan app or website. They must also present an original copy.

Children under 12 who are not yet eligible to receive an authorized coronavirus vaccine and are traveling with fully vaccinated parents will be exempt from the quarantine requirements, but officials said that they should avoid group settings such as camps or day-care facilities during the first 14 days after their arrival. They will also be required to take a coronavirus test on the first and eighth days after entering Canada.

Canadian Public Safety Minister Bill Blair said the government’s easing of restrictions for fully vaccinated Americans before the rest of the world “is an acknowledgment and recognition of our shared border, and our close relationship.”

Canada and the United States agreed to ban nonessential crossings at their 5,500-mile land border in March 2020, and they have extended the prohibition month by month. Canada also banned nonessential travel at its air and marine borders, though Canadians have been able to fly to the United States for recreation and tourism.

The United States has not said whether it will allow Canadians to enter across the land border for nonessential travel. White House spokeswoman Jen Psaki told reporters on Monday that the country continues to review its travel restrictions.

Blair said he spoke to Homeland Security Secretary Alejandro Mayorkas last week and outlined the steps Canada would be taking. He said Mayorkas told him that the United States had not yet made a decision and that the secretary anticipated the measures would likely be rolled over for another month.

Officials here have faced mounting pressure to lift border measures as case counts and hospitalizations dropped and the lucrative summer travel season approached. They said they preferred a gradual and phased easing, beginning with fully vaccinated travelers, in part because of the spread of the more transmissible delta variant.

They had also suggested that a full reopening of the border to tourism wouldn’t happen until at least 75% of Canadians are fully vaccinated.

Canada’s vaccine rollout got off to a sluggish start, marred by supply issues that had some Canadians eyeing the U.S. performance with envy, but its performance has improved significantly. The country has now administered more doses per capita than the United States, according to Oxford University’s Our World in Data.

Rep. Brian Higgins, D-N.Y., co-chairman of the Congressional Northern Border Caucus and one of the loudest voices calling for Canada to ease border restrictions, applauded Canada’s move. He directed his ire at the U.S. government, saying that the lack of binational cooperation will cause confusion.

“We have missed you Canada and we are thrilled at the opportunity to return soon,” he said in a statement. “This measure can’t come soon enough.”

Goldy Hyder, chief executive of the Business Council of Canada, said that establishing “clear guidelines and dates will instill confidence and . . . provide much-needed hope for Canada’s hard-hit travel, tourism and hospitality sectors.” He said he will be watching closely to see how the rules are implemented.

At the pandemic’s onset, Canada and the United States also agreed to turn back asylum seekers trying to enter either country between unofficial land crossings along their shared border. Officials here did not say when or whether that prohibition would be lifted.

Canadian regulators have greenlighted vaccines from Pfizer-BioNTech, AstraZeneca, Moderna and Johnson & Johnson. That includes all vaccines authorized for use in the United States. But it excludes those made in Russia and China, including some that have been authorized by the World Health Organization.

The Washington Post’s Felicia Sonmez in Washington contributed to this report.