The latest threat to the Tokyo Olympics? An elusive brown bear. 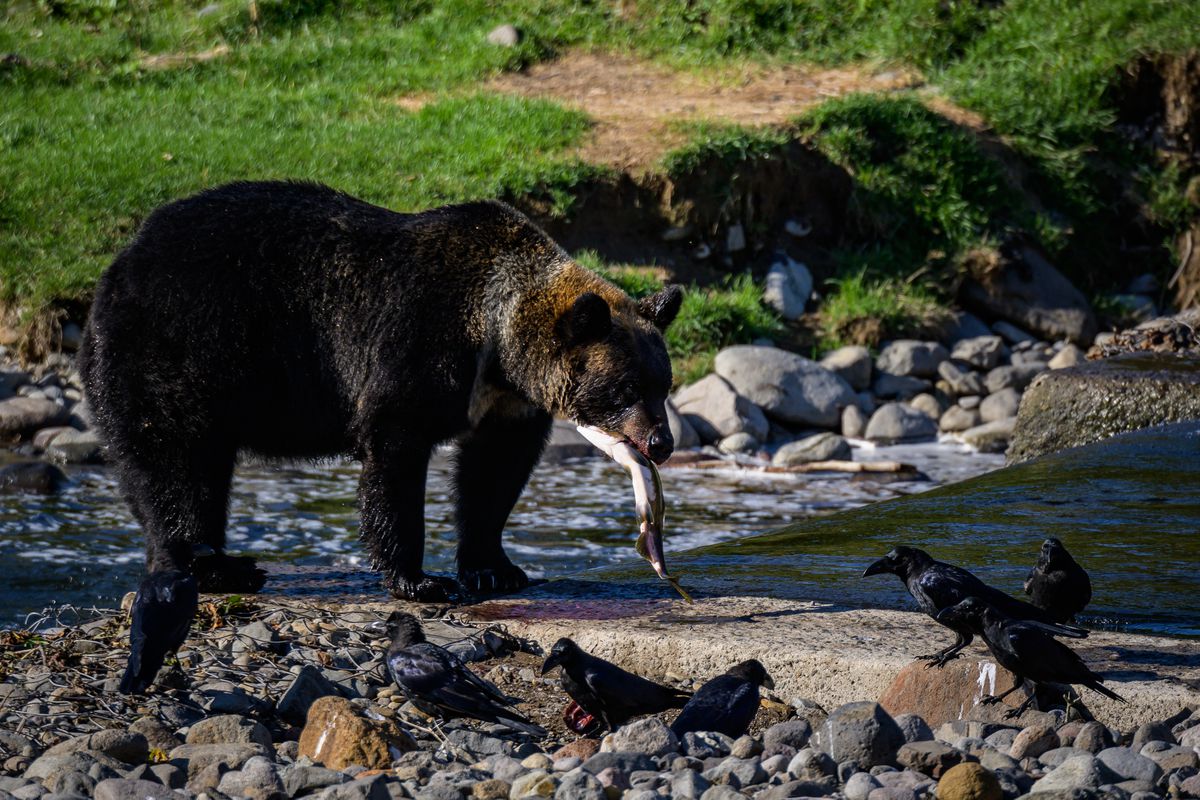 An Ussuri brown bear snaps up a salmon with her cub on the shore near Rausu, Japan, in Hokkaido, Sept. 24, 2019. (Photo for The Washington Post by Salwan Georges)

An Ussuri brown bear snaps up a salmon with her cub on the shore near Rausu, Japan, in Hokkaido, Sept. 24, 2019. (Photo for The Washington Post by Salwan Georges)

The Tokyo Olympics have barely started but that hasn’t stopped the games from experiencing more than its share of disturbances — from the coronavirus outbreak to a plague of oysters and now a roaming bear that cannot be contained.

A security guard at the Azuma Sports Park first spotted the brown bear at the venue early Tuesday, and it came back again on Wednesday just hours before the first scheduled softball game between Japan and Australia took place, a Fukushima police spokesman told Agence France-Presse.

“We couldn’t find or capture the bear, and while there won’t be any spectators at the stadium, we are on alert and searching for the bear around the site,” the official said.

Olympic organizers could not immediately be reached for comment.

Local media reported Wednesday that organizers responding to the incident tried several different methods to get rid of the animal, including playing loud music and setting off firecrackers.

Despite the bear sightings, both countries went on to play without a hitch, with Japan beating Australia 8-1.

Bear attacks can be fatal and are on the rise in Japan, according to figures published last year by Japan’s Environment Ministry.

In 2020, bear sightings reached their highest point in five years, with more than 13,600 reported sightings across the country from April to September.

At the time, experts said the increase could be linked to the coronavirus pandemic, which saw residents confined to their homes in an effort to beat back the illness — leading to the animals venturing out into spaces to search for food that would usually be populated with humans.

“Bears might have expanded their areas of activities after not seeing humans around during spring and early summer season,” Shinsuke Koike, an associate professor of ecology, told Bloomberg Green.

In June, authorities confirmed that hunters shot and killed a brown bear in the city of Sapporo after it went on a rampage through residential streets and stormed a military base, wounding four people.