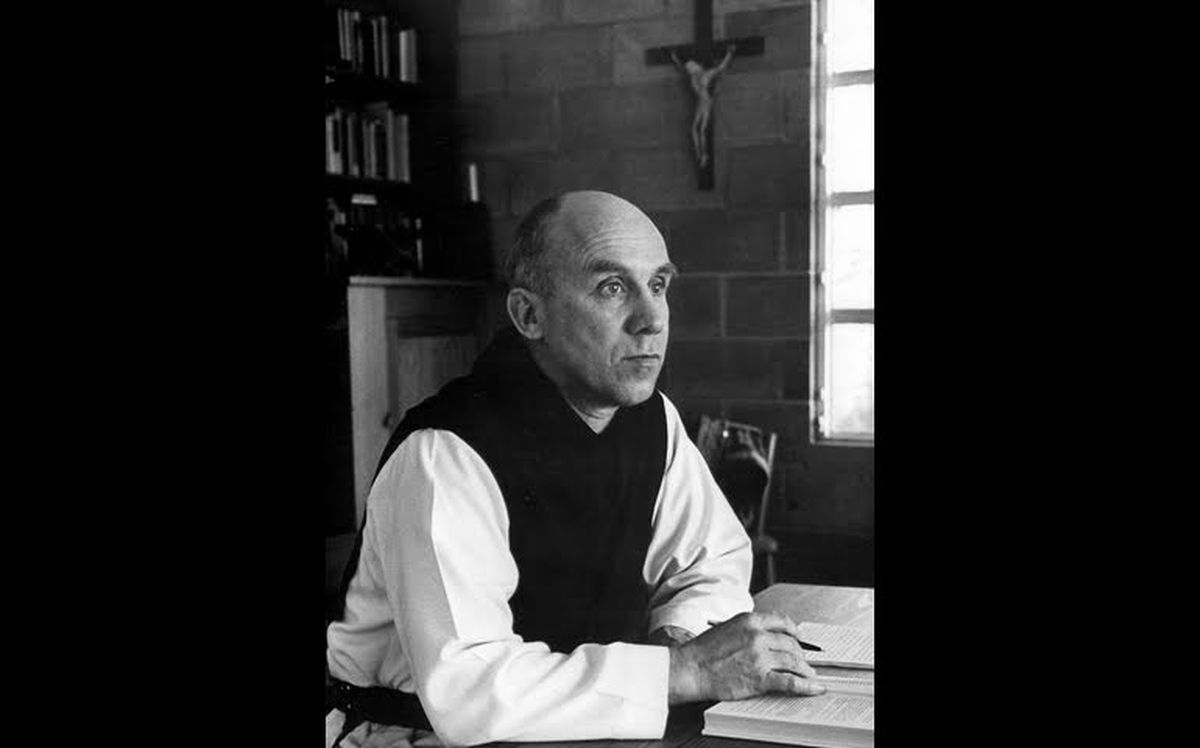 Historians described it as the year of everything horrible: the most violent, chaotic and unhappiest one in our nation's history — 1968 — when the entire country seemed to be suffering from a deep psychic breakdown. In autumn of that volatile year America's most famous monk slipped into Alaska on his surprise sojourn.

Thomas Merton (1915-1968) was a Catholic convert, Trappist monk, gifted intellectual, spiritual teacher and cultural critic. He was, and still is, a best-selling author among the religious and secular alike.

Before I knew anything about Merton or his monastic life, like many others, I assumed that monks didn't pay a bit of attention to national politics, no matter how absurd or surreal things got.

Monks who belonged to strict religious orders were too busy praying, meditating and toiling in their gardens. They lived intentionally cut off from global events and the mainstream media and didn't issue public commentaries nor write about the world at large. Whatever controversies and bedlam might erupt over police and school shootings, terrorism or U.S. presidential campaigns, they remained far removed.

With Donald J. Trump as the Republican Party's nominee for president of the United States, Merton might very well be rolling over in his Kentucky grave.

Merton was no quiet, unassuming monk in a scruffy robe with a bird's nest for a beard who sat still for hours under a tree.

As the social upheavals of the 1960s unfolded, through his many writings, he reflected seriously on the urgent issues of the day — nuclear war, civil rights and society's apparent lack of a spiritual and ethical center as a guide through the confusion.

At times, his opining got him into some trouble with superiors in the Catholic hierarchy and he was censored as a result. He distributed a series of Cold War letters to his many friends via mimeograph and his manuscript for "Peace in the Post-Christian Era" (1962) was banned when first penned.

If Merton were alive today, current events would warrant more than a few entries on the pages of his private journal because Trump is creating more headlines than any other Republican presidential candidate in history, and for all the wrong reasons.

Trump has demonstrated he doesn't know how to comport himself with dignity and humility.

In Leslie Stahl's recent "60 Minutes" interview or, I should say, in her attempt to conduct more than a superficial interview, the brash Mr. Trump couldn't keep his mouth shut for 60 seconds.

Stahl isn't known for being a hard-nosed reporter. It didn't take long before Trump usurped the stage and interrupted her repeatedly.

But Trump didn't stop there. He had the audacity to also interrupt his own running mate several times, during this, Mike Pence's prime-time network debut.

Stahl wanted to ask the governor of Indiana, an unabashed far-right conservative, about his religious views. According to The New York Times, Pence hails from a family of long-time, practicing Catholics, but Pence is the only one in his family who abandoned the Catholic Church and declared himself a Christian Evangelical.

Stahl clearly directed the question to Pence, but Trump immediately butted in to claim more divine glory for himself.

And there you have it. Trump's well-thought-out answer to a question about religion.

His knee-jerk response centered on the latest poll numbers about who's winning what religious group and where. Trump assumes that if you talk about religious anything in America, you must be referring to the Evangelicals since they are vociferous, more easily quantified, the ones politicians often feel forced to pander to as they fight to cross the goal line.

Where exactly are the political winds going to blow in America come November? No one really knows because no one understands how it is we got here in the first place. Not the pollsters, CNN or Hilary's top advisers. Not the RNC, the die-hard Bernie supporters, the Harvard professors or The New York Times.

The cover story on the current Atlantic Monthly says it all: "How American Politics Went Insane."

In 1968, a dire and profound feeling existed that if there was a center in the country, it was no longer holding.

The kind of fear-mongering being spread by Trump and his followers can create a kind of spiritual psychosis at home and abroad, if we, as an electorate, let it happen.

But we can ignore the paranoia that calls for building more walls on our borders and in our minds.

We can refuse to believe our best interests are served under a policy of American isolationism and promise to uphold our obligations and support for our NATO allies.

We can passionately support a future where race and religion do not bitterly divide us.

Merton lived in chaotic, war-filled times. As a monk, he didn't always keep his trap shut. He knew we had to stand fast against lies and moral cowardice.

Kathleen Tarr is the author of the forthcoming "We Are All Poets Here" (VP&D House), a memoir involving Thomas Merton and Alaska. She lives and writes in Anchorage.