Don't count on a Swiss Army knife for self-defense 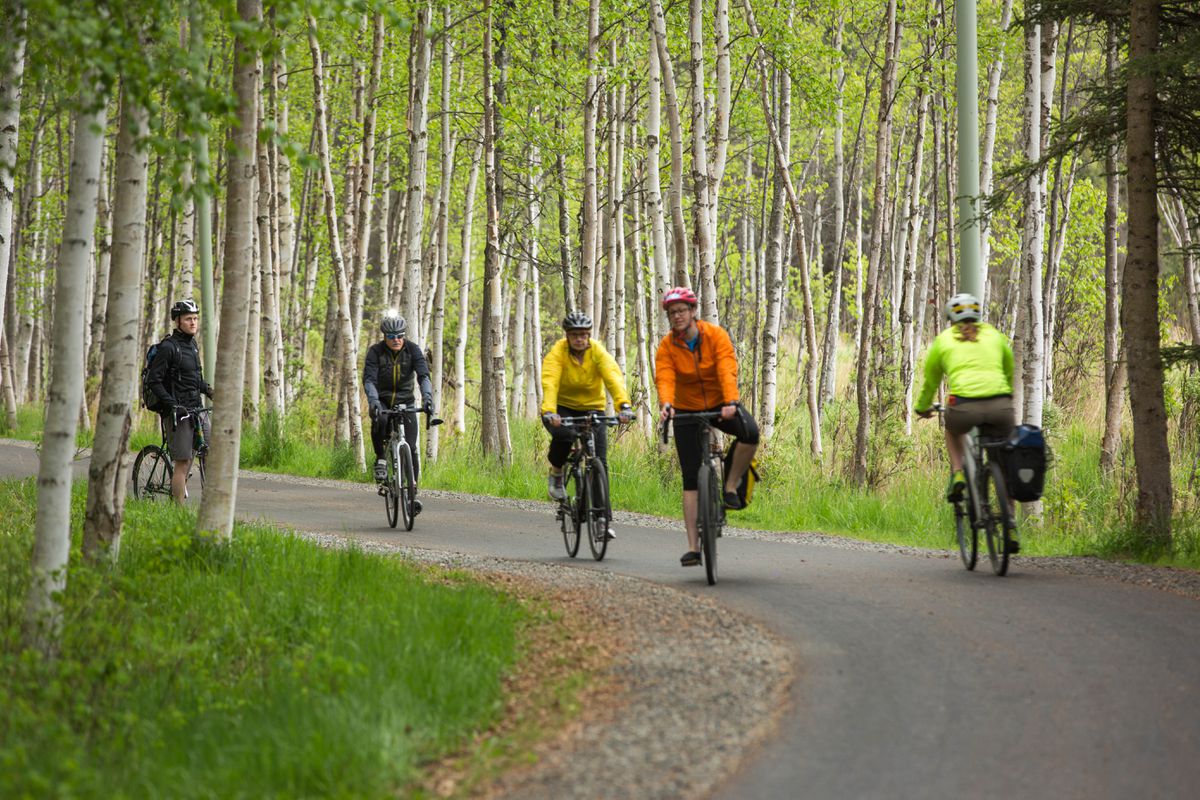 Kudos to Carol Johnson for her commentary (Oct. 5) about how she no longer feels safe on Anchorage's bike trails. Ms. Johnson called for more police patrols and also offered some good suggestions for women traveling alone in these areas, especially after dark:

· Try to park near your destination,

· Use EasyPark (www.easyparkalaska.com or call 276-7275) which offers a free escort to and from your vehicle (as well as free battery jumps).

But I must take issue with her statement about self-protection when biking in the city:

"I carry a canister of bear spray and a Swiss Army knife in an open pack within reach of my handlebars."

The bear spray is a fine idea – assuming you're knowledgeable about:

·  The manufacturer's shelf life due to pressure linkage dissipation.

·  Canisters must be shaken regularly to maintain the chemical mixture and effectiveness.

·  The effectiveness range of the canister, how long it takes to properly deploy and aim it under the stress of an attack, and how the spray might affect you.

The last means you need to try the canister in a safe, open area so you know how it works and how you respond to blowback. If you have a strong respiratory reaction, you might want to consider a pepper gel or foam. These eliminate blowback but also require more accuracy. As to choosing between gel or foam you need to consider differences in their range, coverage, amount of time it takes to convert into a form an assailant can't use against you, and whether the chemical will deploy from any angle the canister is used.

As for the Swiss Army knife, it leaves much to be desired as a self-defense weapon. One of the best self-protections is situational awareness. That means not just awareness about your surroundings but visualizing what you would and could do to protect yourself in those surroundings. If you're carrying a Swiss Army knife for protection, I don't think you've mentally prepared for the real thing.

If you're a woman, chances are your assailant is bigger, stronger, and has a longer arm reach than you. What do you think the assailant is doing while you're fumbling with your multi-tool? Where are your eyes and attention while you're fumbling? You'd be better off with your car key clenched in your dominant hand. If you prefer a knife, get one designed for tactical self-defense and learn how to use it.

I understand some people don't want to carry a gun on principle. Others are wise enough to know they shouldn't unless they're willing to invest the time and money to carry a weapon that fits, is well-maintained, for which they've trained in its legal, safe use — including self-protection scenarios – and then maintain their skills with practice. But there are other steps you can take.

The YWCA offers a monthly self-defense class for women. Check out Just Yell Fire (justyellfire.com) – a non-profit organization dedicated to empowering girls and young women to be aware of dangers, how to avoid them, and how to escape them. Google the Women's Self Defense Institute and the American Women's Self Defense Association. Both have lots of information on their websites that can help you start replacing fear with knowledge, skills and confidence.

Cellphone apps have entered the self-defense arena. One called PANIK simultaneously activates a loud siren, flashing multi-colored screen lights, and the torchlight on your smart phone to draw as much attention as possible to your attacker. You can enter a PIN password to prevent an attacker from shutting it off. And you can integrate your social media and SMS messaging into your alarm. PANIK will send out a distress call via Twitter, Facebook, and text messaging when you activate the alarm, alerting your friends that you need help.

When in range of your car, keep your car key alarm handy. Keep it handy at home as a burglar alarm. If you live alone, alert neighbors that you intend your car alarm as a backup burglar alarm so they won't disregard it.

Thanks again to Ms. Johnson for starting a discussion to which I might add that mentally and physically preparing to defend yourself should accompany arming yourself – whatever your weapons and alarms of choice.

Val Van Brocklin is a former state and federal prosecutor in Alaska who now trains and writes for law enforcement and other criminal justice professionals and groups nationwide. She lives in Anchorage.