It's time for new leadership in the Legislature 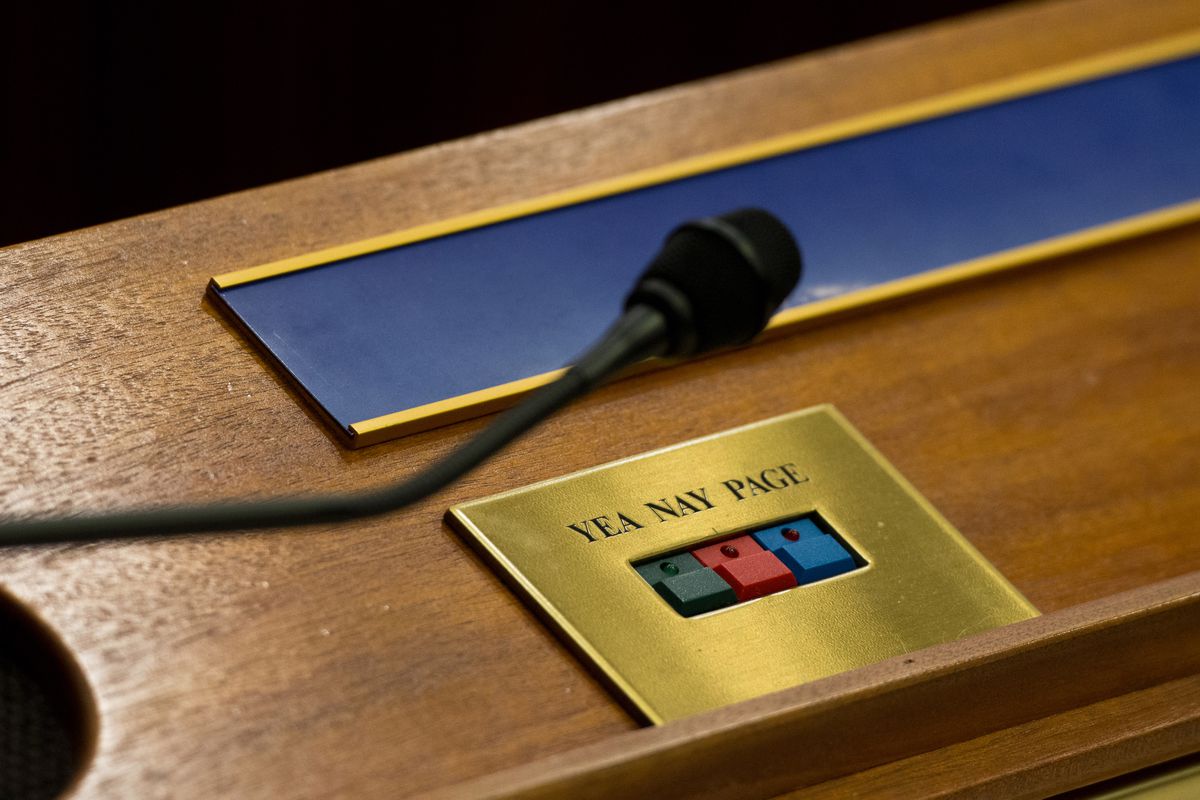 Alaska is facing the prospect of the worst recession in almost 30 years.  Unfortunately, who runs the majority in the Legislature, and decides, with their majority numbers, what bills get voted on matters. It's time to change out a Republican leadership that has overused a major play: blocking solutions, and blocking every deficit-cutting proposal the biggest oil and mining corporations don't like.

We have problems. They are summarized by an admission by Eagle River Republican Dan Saddler. He says we shouldn't act on a needed budget plan until public schools are cut even more. Ducking your head in the sand until we have bigger class sizes, and forcing parents to think about leaving Alaska for better pastures for their children, isn't leadership.

And you won't be happy about how a bill to protect children of killed police, troopers and firefighters was blocked. Good bills should be voted on, not shelved. More on that in a bit.

It's time for action over inaction. A majority coalition of Democrats, moderate Republicans and independents who'd work together would serve us better. Here are a few examples of what you can change:

We've had two years in a row of $3 billion-plus deficits. At the same time, most Alaska corporations enjoy an unaffordable, "nice deal if you can get it" perk.  They're exempted  from paying any Alaska corporate tax. A bill to ask corporations that aren't publicly traded on Wall Street — law firms, doctors' offices and engineering firms, for example — to pay a modest corporate tax if they make high profits was never allowed a vote. Protecting the most privileged shifts the burden to the other 99 percent of us. All 100 percent of you deserve representation.

Thank you to the many whose corporations enjoy success and support chipping in.

Then there are the oil and large mine executives who fought against helping with the deficit. A proposal by many of us to end huge, unaffordable state subsidies to our biggest oil companies was defeated. Our most "conservative" legislators currently outnumber the Democratic, independent and moderate Republican legislators who tried to end these subsidies. Legislative leaders also blocked any reform to a toothless tax on high-profit mines, which hasn't been changed since 1950. Large mine executives say their corporations shouldn't have to help with our record deficit. They want a bigger burden on you.

And what about that bill to help children and spouses of police, troopers and firefighters who put their lives on the line and are killed on duty? It was blocked for over a year. Sen. Cathy Giessel, R-Anchorage, claimed leaders ran out of time on a bill she and her Senate Republican colleagues never gave a single vote.

The House did marginally better. During two years of regular sessions Republican House leaders also blocked this bill from a vote. The House finally allowed a vote. But that vote only happened because the governor added this bill to the special session call this summer. No votes were allowed during two years of regular session. The governor has fortunately chosen to use other funds to pay these benefits until the Legislature finally acts.

Then there's Republican Party Chair Tuckerman Babcock, who doesn't want a Legislature that works together.

Babcock, and in one race his corporate allies, ran deceptive August primary campaigns against moderate Republicans for not toeing a party line. Now these folks are sending out false attacks against Democrats. Odd that they won't peep about their leaders who defended wasteful spending on the overpriced Anchorage Legislative Information Office Building for two years.

Last week Mr. Babcock went low again. He and some of his party's legislators who pushed to reduce the dividend to $1,000 shed crocodile tears for the press. They criticized the governor's reduced dividend even though they proposed one that would have been even smaller. There should be honest debate on this hard issue. But don't fake outrage at a dividend that's bigger than the one your party members pushed.

We can fix this state together. I hope you'll agree that it's time for a change in Juneau.

Rep. Les Gara has served in the Alaska House of Representatives since 2003.