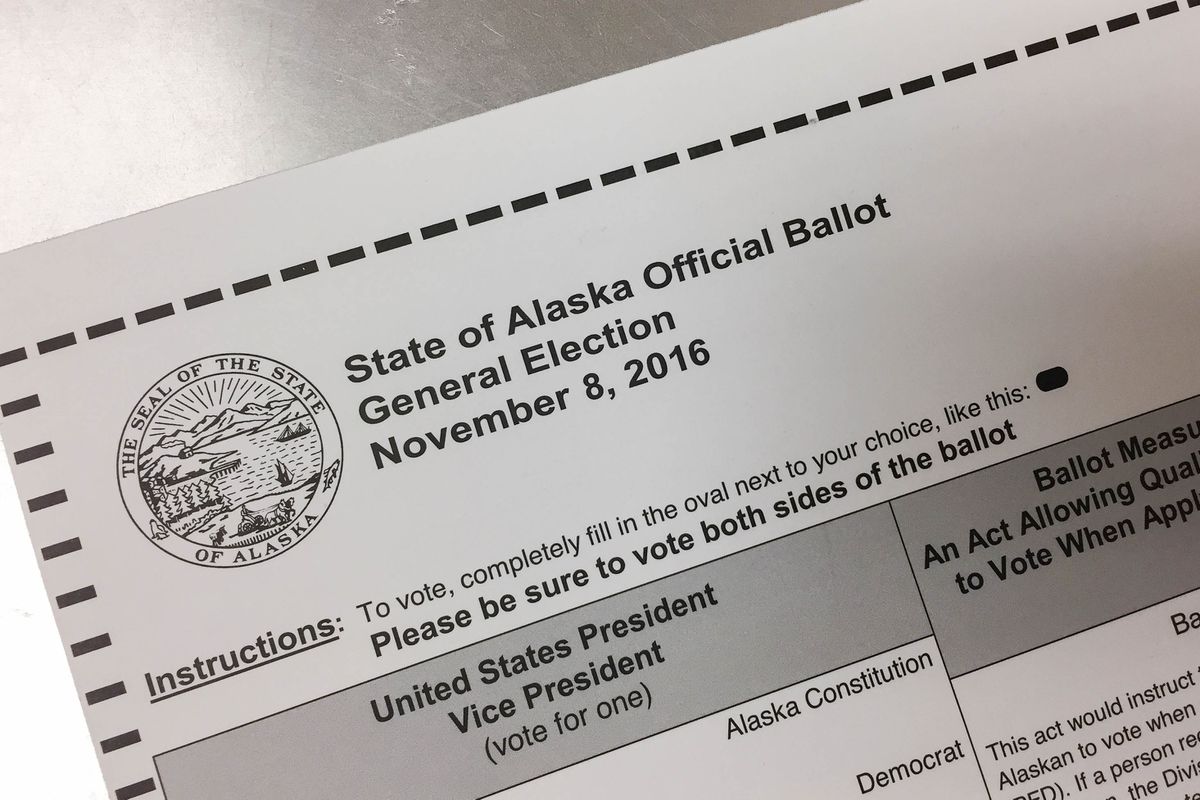 The presidential election returns make for interesting reading. They confirm just how divided the American people are.

In Kansas, Trump ran up yuge majorities in almost every county. In some counties Clinton received less than 20 percent of the vote. In Arkansas, where Clinton and her husband Bill began their political careers, Trump received more than 60 percent of the vote: Only one in three Arkansans chose Hillary Clinton.

The election returns answer many questions, but they don't answer the question that has puzzled me throughout the election season. Why did so many voters hate Hillary Clinton? Hatred of Clinton is not hyperbole, not like "I hate rap music" (which the person hating it probably has heard twice from passing cars.) This was genuine hate — visceral, deep, unfettered. All those "Trump that b—-" cries and shouts of "lock her up" came from the core.

[Interactive map: How Alaska voted in the general election, precinct by precinct]

When I talked to people who said, sometimes gleefully, they hated Clinton they could give me a reason why but not an explanation: "She's crooked," "She lies," "The emails," "That foundation" or my wife's favorite "The Benghazi thing." (What "thing"?)

Why would the Clinton Foundation or the attack on the American embassy in Libya induce a rage that almost reduced people to tears? Pundits often cite misogyny, but the people I met who seemed to express the deepest hatred of Clinton were themselves women, and in Alaska, Sen. Lisa Murkowski was re-elected as were female legislators.

Speaking of pundits, there was only one pundit who had the expertise to understand this election before Nov. 8. His name is Donald J. Trump.

[Trump divided to win; can he unite to govern?]

The Alaska returns are incomplete. As of Nov. 20, the Division of Elections reported the turnout at 56.73 percent (299,000 ballots) with at least 6,000 more votes uncounted. At the moment, Alaska's turnout is down 3.84 percent from 2012, the last presidential election.

Possible explanations for the downturn? The unpopularity of the two major candidates, the lack of well-functioning presidential campaigns here, no governor's race on the ballot, no exciting ballot propositions. I doubt Trump's early lead discouraged many Alaskans from voting during the late afternoon and evening of Nov. 8.

The results in the statewide races were a disaster for the Democrats. The Democratic candidates for president, U.S. Senate and Congress all did poorer than candidates of the recent past. Democratic leaders didn't even want their Senate nominee, "Disco" Ray Metcalfe, on the ballot, and the candidate they did want, independent Margaret Stock, flopped. Disco and Margaret together received fewer votes than discredited Republican Joe Miller, running on the libertarian line.

Steve Lindbeck, my old friend, spent about $800,000 in his House race against Rep. Don Young and received about 36 percent of the vote, about the same percentage as Hillary Clinton in the presidential race. Lindbeck, so far, has garnered about 10,000 fewer votes than Forrest Dunbar two years ago and almost 5 percent less of the vote than Dunbar.

To win this election, Lindbeck needed a significant — but not specifically knowable — number of voters who would vote for Trump but pass over Republican Don Young and vote for him. The count so far shows Young running 1.20 percent behind Trump, less than 8,000 votes. All over the United States, ticket splitting at the top of the ticket has become rare — and it certainly is rare in Alaska.

The new coalition of Democrats, Republicans and independents in the House is heartening for Democrats. Some of the senior Democratic members have never been in the majority. In particular, it will be interesting to see what Les Gara, the most forceful personality in the organization, can do as a leader even though he is not speaker.

The House coalition is an anomaly unlikely to be repeated often. There are just too many Alaskans who see the word Democrat next to a candidate's name and tell themselves, "I'm not voting for this person — ever." They may not register as Republicans, but that's how they vote.

The Democrats who think Alaska is tending blueward or at least purple have mistaken the tattooed waiter at their favorite bistro for the voter of tomorrow. Alaska may be going artisanal, but it is not going Democratic.

Michael Carey is an Alaska Dispatch News columnist. He can be reached at mcarey@alaskadispatch.com