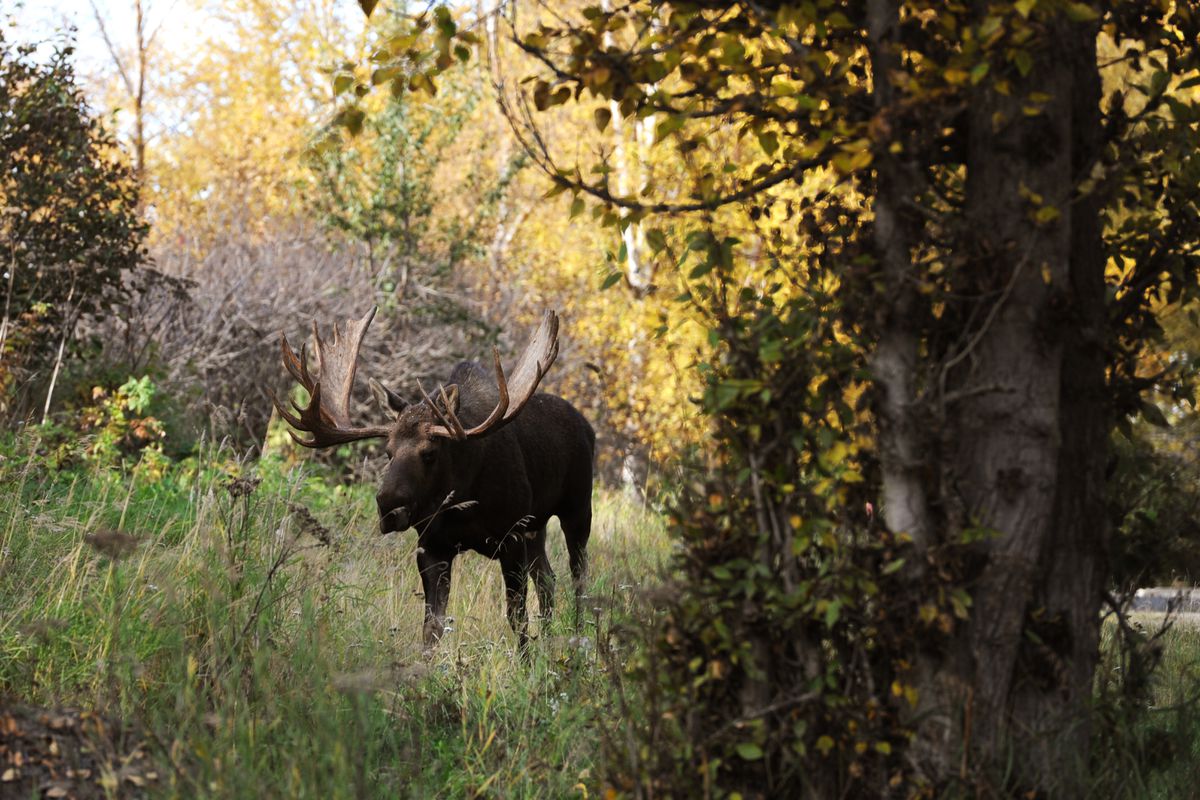 In 1994, the state Legislature passed the Intensive Management Law. This statute contains 317 words excluding definitions, less than one-half page of text. Remarkably few words for a law that is unique to Alaska, that transformed wildlife management here, that led to application of drastic, extreme predator control programs featuring aerial shooting of wolves by private pilots, gassing of wolf pups in dens, trapping of bears, shooting bears from helicopters and sale of bear body parts.

After 22 years of intensive management, maybe now it's time to carefully examine this practice — to identify problems with how the law has been applied and to update and amend those 317 words.

The political sponsors of intensive management, the hunting organizations that promoted it, the Department of Fish and Game and the Game Board that applied it all had the expectation from the beginning that if bears and wolves were much reduced through intensive management, moose and caribou would increase and hunters would take many more animals. Has that expectation been met?

[It's time for Alaska to end extreme predator control measures]

As a biologist, I think there is one basic question: Has intensive management "worked?" And the best way to assess that is to examine statewide moose harvests over time.

Data from Fish and Game are now available to test this, to see if hunters have indeed taken more moose after intensive management was implemented. In short, to see if the law worked.

The graph shows harvest estimates for each year during the period starting when the law passed in 1994 and extending to 2015, a 22-year record.

I divided the graph into those years after 2002 when intensive management was aggressively applied versus those prior years when it was not. During the nine-year period after the law passed, intensive management was applied without using drastic methods of reducing predators. After 2002, the Board of Game adopted a much more aggressive approach by approving extreme methods of reducing bears and wolves.

Notice also that during 2012-2013, 10-11 years after starting aggressive intensive management, when moose populations had ample time to increase, harvests fell to about 7,000 moose per year, levels similar to those attained in 1994-1995 before the law was widely applied. This refutes another common belief, that harvests will always remain high under aggressive intensive management.

If we compare the average moose harvest per year before aggressive management versus after, only 143 more moose per year were taken following aggressive programs implemented during 2003-2015. During a time when moose harvests generally ranged from 7,000 to 8,000 per year, those 143 moose represent an insignificant increase of less than 2 percent.

So I think it's fair to conclude that aggressive intensive management has not "worked." The universal expectation of greatly increased harvests by hunters has simply not occurred.

Of course, intensive management advocates will claim that we should assess each IM program independently, but some have worked while others have not. Furthermore, IM has not been limited to officially designated programs in a portion of the state.

The Game Board adopted de facto intensive management virtually everywhere by greatly lengthening hunting and trapping seasons for predators and increasing bag limits. If intensive management met the expectation of increased moose harvests, that would best be reflected in statewide harvest estimates.

Advocates will also claim there are many factors that drive moose population trends and hunter harvests. But the model guiding the Game Board claims that predation is the primary limiting factor. Severe winters, poor habitat and hunting are secondary. Accordingly, severe reduction of predators should have increased moose numbers and harvests despite the effects of other factors.

Vic Van Ballenberghe is a former member of the Alaska Board of Game. He is a wolf and moose biologist who has researched the animals since 1974. He lives in Anchorage.

Vic Van Ballenberghe is a moose and wolf biologist who was appointed to the Board of Game three different times by two governors.