If intensive game management works, show us the numbers 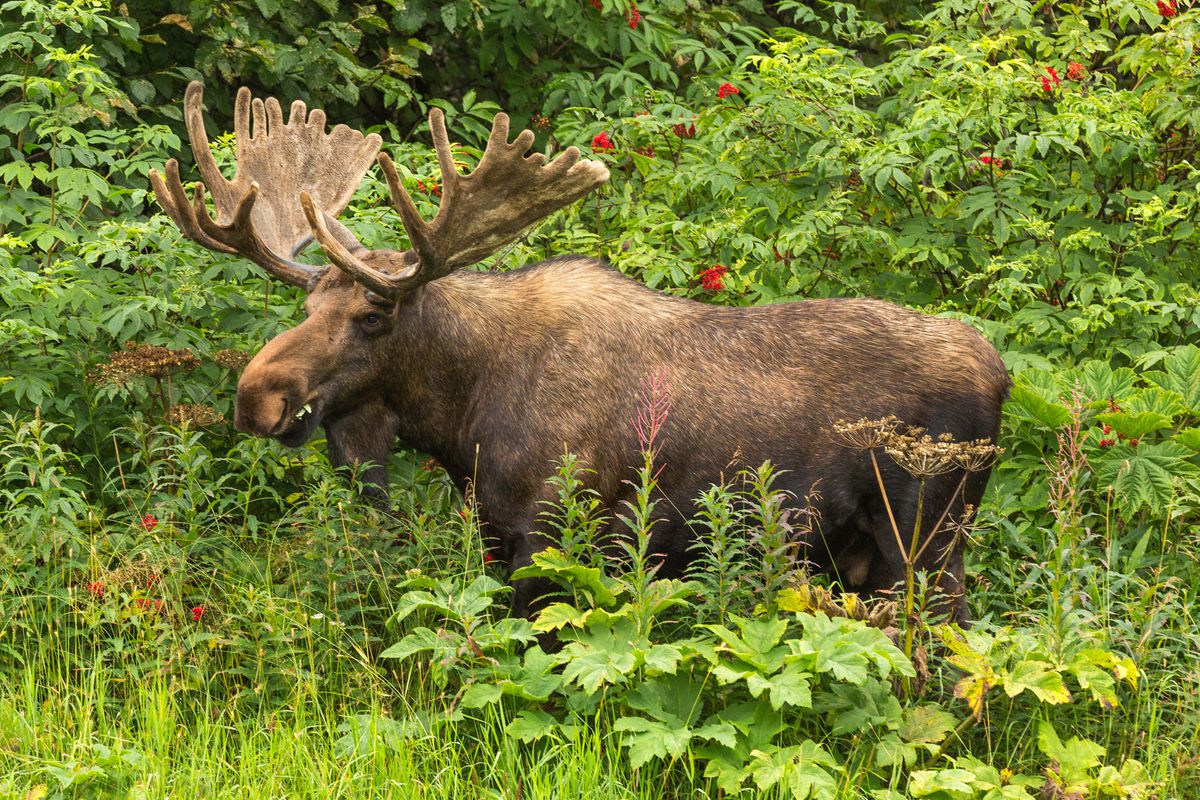 Alaska's intensive management law, enacted in 1994 and better known as predator control, requires the state to manage moose, caribou and deer populations to ensure that they provide an "adequate and sustained" supply of meat for sport and subsistence hunters.

Recent opinion pieces by Bruce Dale, director of the state's Division of Wildlife Conservation, and his boss Sam Cotten, commissioner of the Alaska Department of Fish and Game, assure us it does.

Each official  provided figures for declining caribou populations in one corner of the state, but neither reported how much caribou and moose populations have grown statewide after thousands of wolves and hundreds of bears were killed by state-sponsored predator control over the last two decades. They also neglected to give us any figures for increased harvests.

That's the whole point of Alaska's intensive-management law — increased harvests of moose, caribou, and deer. If harvests don't increase after predator control has been practiced for several years, the program is failing.

Intensive management is supposed to consider both predator control and habitat enhancement as ways to boost moose and caribou populations. But habitat manipulation is difficult, expensive and often controversial — consider the debate over letting large wildfires burn to enhance moose habitat. Consequently, intensive management often boils down to shooting or trapping predators.

Until relatively recently, the predator du jour was the wolf. But shooting wolves from airplanes seldom achieved any objective measure of success. The state has expanded its efforts to kill more black and brown bears, a strategy that was almost inconceivable to, and strongly resisted by, most professional wildlife biologists in bygone years.

Before we can determine whether predator control is working, we must know how many more moose, caribou and deer are being harvested now than before. We need to know if the number of hunters is increasing, creating more demand for wild meat. We need to know how much intensive management costs, how much state money is being spent on each additional animal that is harvested.

Dale contends that "without intensive management, we wouldn't expect moose harvests to increase at all." He knows better than that. An increase in the number of hunters can also increase harvests, up to a point. Alaska's population keeps growing. Are more Alaskans and Outsiders hunting moose? How long can our state's wildlife provide an "adequate" supply of meat? A moving target if I ever saw one.

Dale claims "much" of the funding for intensive management "goes toward research and monitoring." But instead of providing any worthwhile data, he defines success using vague terms like "turnaround" and "greater harvest opportunity." He claims "hunters living near Allakaket, McGrath, and Skwentna today report seeing more moose following predator control in those areas."

Is that all he's got? Is that what the millions of dollars of research and monitoring have paid for? Unsubstantiated hunter reports?

Dale also attributes the "healthy" moose populations of Game Management Units 13, 16, 19 and 20 to predator control. Those units comprise a "healthy" swath of Interior and Southcentral, nearly one-quarter of the state, areas where moose are abundant and heavily hunted. Shouldn't increased harvests of moose in those areas be reflected in increased moose harvests statewide?

None of the arguments in favor of intensive management mention the cost. Why is that?

Until recently, the cost of predator control was born by every Alaskan, whether he or she hunted or not. The Alaska Legislature has lavished millions of general fund dollars on a program that benefits some 15 percent of Alaskans who hunt annually.

Dale refers to a new law that will add a $10 surcharge to resident and a $30 surcharge to nonresident hunting licenses to help pay for predator control. Based on the number of licenses sold in 2015, that would provide $1.5 million per year.

Paying for itself is a step in the right direction but a surcharge on all hunters will still tax some of the wrong people. Dall sheep, mountain goat, waterfowl and most deer hunters have little to gain from intensive management programs. Bear hunters will find fewer bears in areas where the state traps them, worsening their odds. Even some moose and caribou hunters don't support predator control.

Predator control reduces the number of wolves and bears available for viewing, which affects many Alaskans and millions of visitors who flock to Denali National Park and other popular viewing areas. What are those folks getting out of intensive management?

I've argued for years that intensive management is an impediment to enlightened wildlife management. Unlike many, I'm not opposed to predator control. But it has to work, it has to be cost-effective and it has to have an exit strategy. That means the costs and benefits of intensive management programs have to be transparent, so all Alaskans can see what they're buying.

Dale claims the results of intensive management can be subtle. Perhaps, he argues, success should be measured in hunters' "cost savings found in fewer days spent afield and less boat or all-terrain vehicle fuel burned." For most Alaskans, the idea that sport hunting should cost less than buying meat in a supermarket — unless you are very good or very lucky at hunting — is ludicrous.

For all their supplications, neither Dale nor Cotten has shed any light on the cost effectiveness of intensive management. They are claiming success without providing any evidence.

Let's not forget that most Alaskans were in favor of moving the state capital to Willow — until we found out how much it would cost.

Intensive management has been employed for more than two decades. If it works, show us the numbers.

Rick Sinnott is a former Alaska Department of Fish and Game wildlife biologist. The views expressed here are the writer's own and are not necessarily endorsed by Alaska Dispatch News. Contact him at rickjsinnott@gmail.com