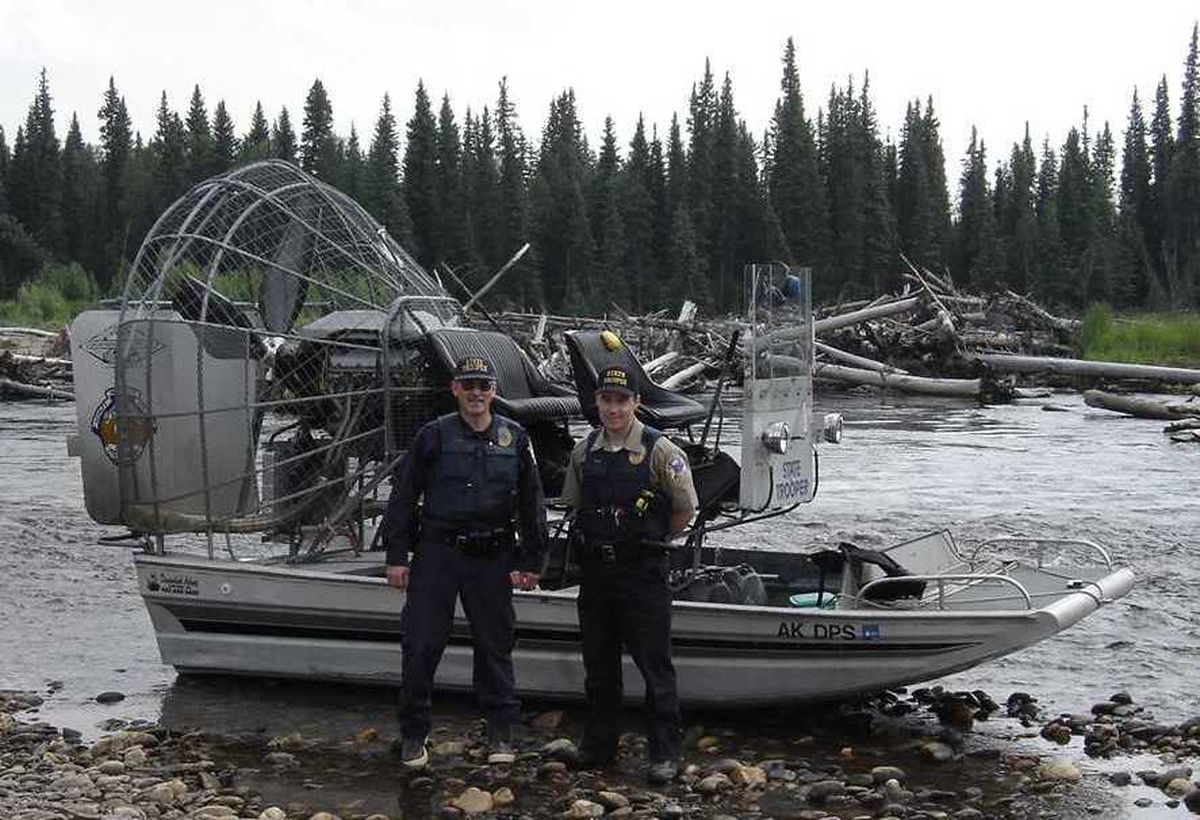 Like many Alaskans, I came to the Last Frontier for an outdoors I could find nowhere else. Alaska's landscape, skies, waterways – and the wildlife they support – sustain me physically and spiritually.

They also provide tremendous economic benefits to the state. To name just a few:

• The seafood industry generated a total contribution of $4.6 billion to Alaska's economic output. (2011 report sponsored by the Marine Conservation Alliance)

We protect our incomparable outdoors and its wildlife with laws to ensure sustainability so that what we enjoy will be there for our children and grandchildren. But, as Abraham Lincoln said, "Laws without enforcement are just good advice."

Which brings us to the unsung guardians of this amazing place we call home – Alaska's Wildlife Troopers. As stated in their mission, they seek first to protect through education and their presence, and, only lastly, through enforcement. They face unique, formidable challenges in all aspects of their work.

Our state is 663,267 square miles. Cut Alaska in two and Texas would be the third largest state. Our coastline extends 6,640 miles – a distance greater than that of all the other states' coastlines combined.

In this legislative cycle, there will be 89 commissioned wildlife troopers to protect that land and water and the fish, fowl and wildlife that inhabit it. Without even including the coastline waterway, that's one wildlife trooper for every 7,452 square miles – much of which is accessible only by air or water. Then throw in our weather.

Including Alaskans and Outsiders, 112,000 hunting and trapping and 463,000 fishing licenses are sold annually. Another 4,000 habitat and special area permits are issued. That's one trooper for every 6,506 licensees and permittees. In 2015, the nationwide average of police officers per population was 16.6 officers per 10,000 people. Nationally, there are 10 times more officers per people than there are Alaska Wildlife Troopers just per licensees and permittees.

Because so much of the area they patrol is remote and off the road system, Alaska Wildlife Troopers are trained for and respond to crimes other than fish and wildlife offenses. They routinely provide expertise in the most remote environments with specialized equipment. They are the pilots, the boat drivers, the snowmachine and four-wheeler operators for a multitude of public safety tasks. They are involved in search and rescue operations; are the primary boating safety enforcement agency; and provide boating, firearms and hunter safety education to schoolchildren statewide. They perform many of these activities at great risk to their safety and sometimes make the ultimate sacrifice.

The undertaking of Alaska's Wildlife Troopers is herculean, yet  largely goes unrecognized. They deserve our help. What can we do?

We can thank them. You'd be surprised how much that means. The next time you see an Alaska trooper wearing a brown shirt, take the time to say, "Thank you."

We can help our wildlife troopers. Beyond just obeying the law, we should teach our children respect for Alaska's unparalleled nature – its abundance and its sustainability. We should be good stewards of the state's resources and discourage and report violations when we see them. In the words of an unknown wise person, "We do not inherit the earth from our ancestors, we borrow it from our children."

Permit me to begin by saying to each Alaska Wildlife Trooper, "Thank you."

Now excuse me while I mail this to my state legislators.

Val Van Brocklin is a former state and federal prosecutor in Alaska who now trains and writes on criminal justice, leadership, ethics and social media nationwide. She lives in Anchorage. When she's not working, she can be found flying a Sport Cub with a shotgun, fly rod, retriever and high aspirations.