How a veteran cop talked his way through Anchorage's wild nights 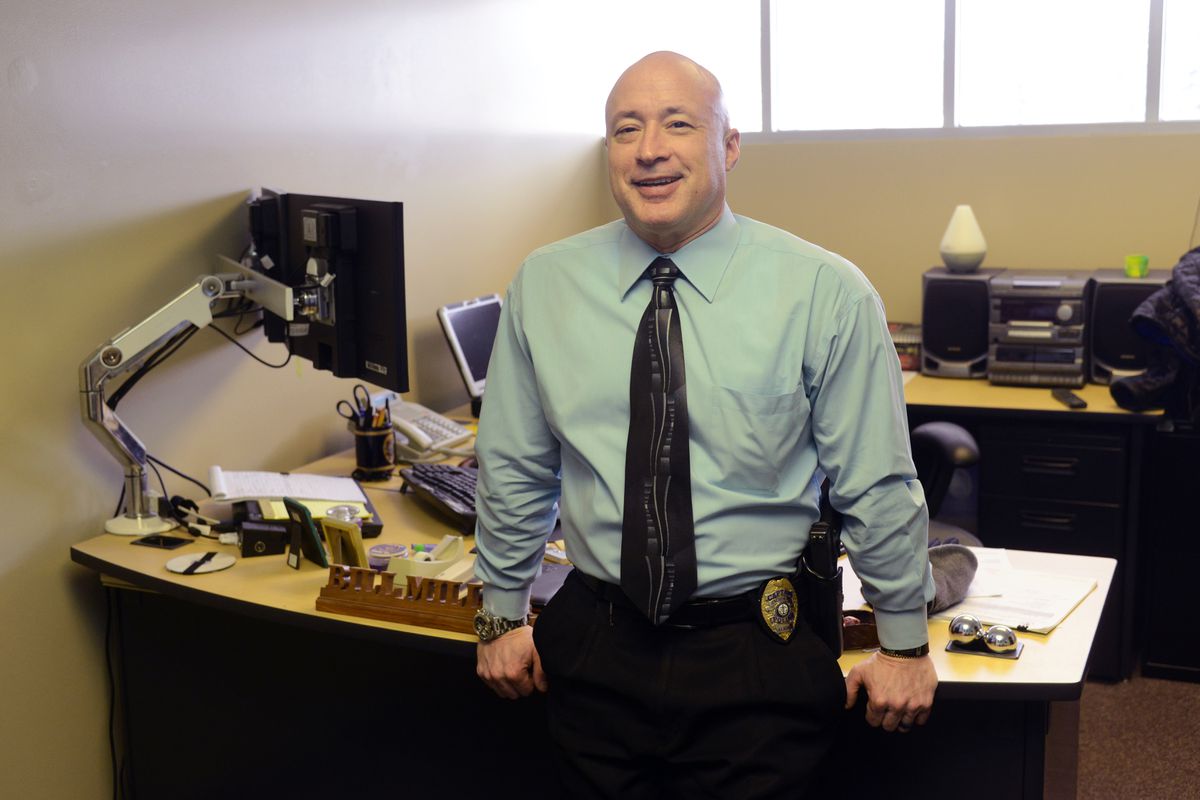 Bill Miller's mouth got him through 37 years as a cop. That and his brain.

He figured out how it was going to work as a brand-new Alaska State Trooper. He pulled over a car late one night on a lonely road near north Kenai, at least 20 miles from backup, without a portable radio. Two brothers got out. The driver was drunk.

"I'm getting ready to arrest him, and he and his brother are standing there and say, 'We've got news for you. He's not going to jail,' " Miller recalled. "And in the end, he did. You just get really good at talking to people."

Now captain of detectives, Miller has worked in every part of the Anchorage Police Department since 1986, including being deputy chief for a time.

Over those decades the city has grown up and calmed down. Crime rates are much lower today. But with his verbal ability, Miller's favorite memories are of the early, wilder days, when he talked his way through foot patrol and vice investigations on the wide-open Avenue downtown.

That's when I met Miller. I spent a shift with him on the vice and drug squad then called the General Investigations Unit.

Although I grew up in Anchorage, I learned a lot that winter night. I knew about the boozing, card games, strippers and prostitution on the Fourth Avenue strip—it was nationally famous. On that night, I was part of it, walking through the clubs with Miller and meeting the women on the street.

But the Avenue was more than seedy and dangerous bars like the Hub, Wild Cherry and Moby Dick's and the Palace Hotel. It was also a center of Alaska Native social life. Being a good cop meant knowing the difference.

Miller developed relationships with extended families from rural Alaska. People arriving from villages would ask him where to find their friends and gave him muktuk and seal oil.

"It was fun. It was great fun. I would go back there in a minute and walk foot patrol," Miller said. "They'd get lit and sometimes you'd have to arrest them and stuff like that, but for the most part people understood what it was down there, and it was a meeting place for people, kind of a small-town feel to it."

But Miller believes cleaning up the disorder on the Avenue and Spenard Road made the city safer by changing a culture that accepted crime. Today property crime is historically low and, although Anchorage had a spike in murders last year, the trend in major crimes is good, too.

Starting with Mayor Tony Knowles in the 1980s and continuing with Mayor Rick Mystrom in the 1990s, the municipality bought and tore down the notorious hot spots on the Avenue, replacing them with the Anchorage 5th Avenue Mall parking garage and with the downtown fire station.

But Miller believes APD made a difference, too, including his own work doing undercover drug buys, shutting down card rooms and after-hours joints, and making deals for sex at the massage parlors that used to line Spenard Road.

The culture changed in addressing domestic violence, too. His part in that is the proudest accomplishment of Miller's career.

Miller recalled responding to a domestic call as a police trainee in the military in 1980. Streaks of grease were on the wall of an apartment from thrown fish sticks. But his training officer told the wife to go on cooking dinner while the husband walked off his anger — that was the entire response.

Now arrest of batterers is automatic.

Miller studied domestic violence case records with the Department of Health and Human Services to find patterns that could help protect women. It opened his eyes.

He expected typical batterers to be low-income white men hitting Native women while intoxicated. But the data showed that domestic violence followed no social or income pattern — the wealthy did it as much as the poor — with women's chances of survival depending mostly on how far they lived from the hospital.

Miller carried that research into a master's degree program at Alaska Pacific University. He took no break from work while earning a clinical psychology degree, as well as an earlier bachelor's, including doing internships in the psychological emergency room at Providence Alaska Medical Center and as a drug and alcohol counselor.

Miller said his biggest career regret was working too hard. While his daughters were performing cheerleading routines, he was undercover on narcotics.

His wife, Debbie, worked a parallel career as a dispatcher. They had three daughters, one of whom died at 14 of cerebral palsy. Now they have grandchildren.

While teaching officer survival, he realized that police nationally were twice as likely to die of suicide as to be killed in the line of duty, and twice as likely to go to jail for misconduct as to commit suicide. Surviving, and being a good officer, meant leaving the role of police officer and living a normal life.

He said this training produces better officers. They're more level-headed and connected to the community. They're better at seeing human beings, not potential criminals.

"The best thing about this job is the people," he said.