A statehood founder awaits the outcome of 'the Alaska experiment' 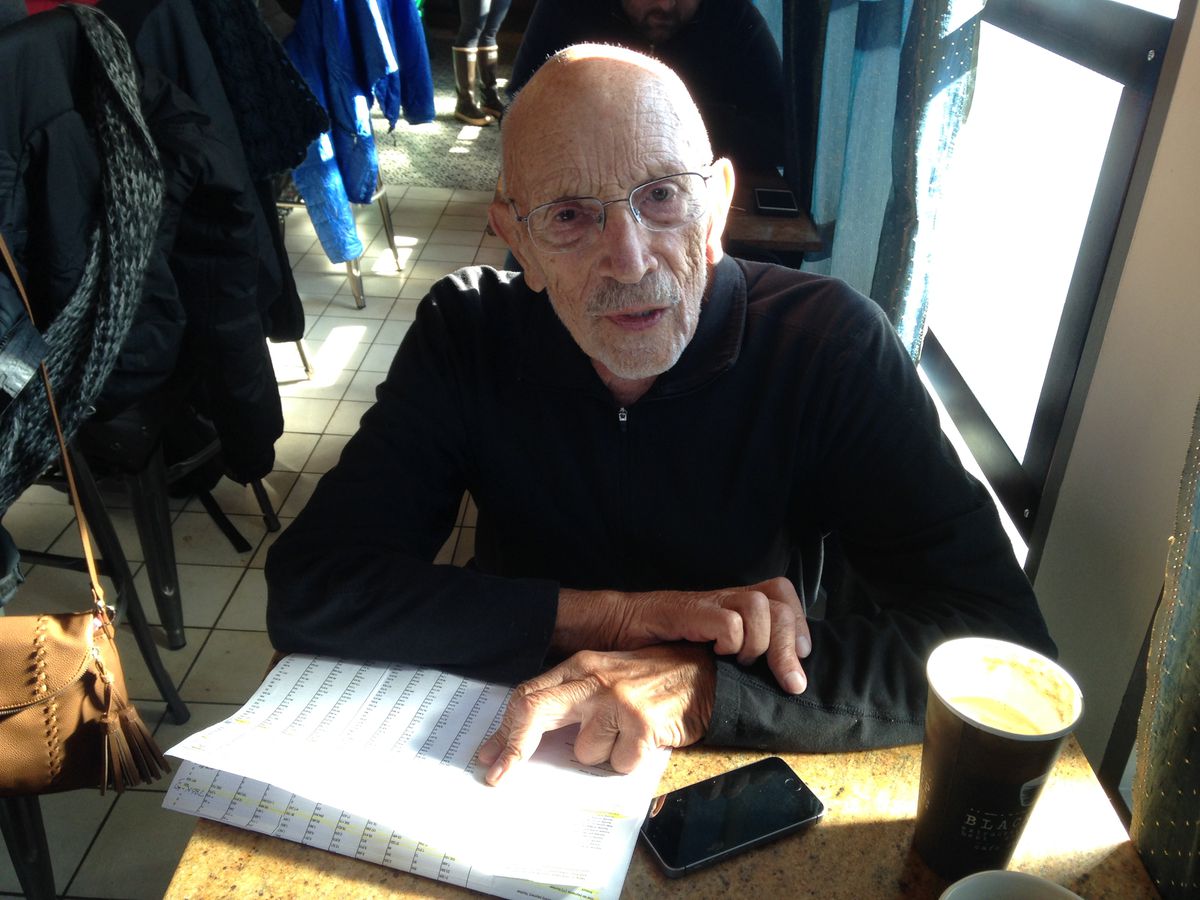 Nearly 93 years of life have not blurred Vic Fischer's attention to detail.

His spreadsheet of tiny numbers, assembled from various pages taped together, covered much of a small table in a Midtown coffee shop. He had first showed it to me weeks earlier, but I didn't understand why.

Fischer explained the remarkable discovery he had found in the numbers.

"There's a hell of a lot more wealth in Alaska than people realize," he said.

Fischer's clarity comes partly from seeing a contrast. When he got here, in 1950, there wasn't a hell of a lot of wealth in Alaska. As he helped lead the fight to make us a state, those opposed could point out, rightly, that Alaska had no way to pay for a state government.

History has brought us in a great circle to the crisis of the present. Once again state government needs finances for Alaska to have a future.

But this time, Alaskans have plenty of wealth.

The Alaska experiment worked. We became a state based on the idea that resources, not taxes, could pay for services in a huge, sparsely settled land mass. Now we're past that stage.

We're ready for a phase when broad-based taxes make a substantial contribution to our government.

But once again we're at a threshold and we don't know what will happen in the next step in the experiment.

Other oil-rich states around the world were ruined by their wealth when easy government money devalued the real economy and changed their politics. Venezuela is an example.

Are Alaskans still the people we were in our founders' day, willing to contribute to shared needs?

Fischer's spreadsheet showed we have the means. He took the data from a website published by the Internal Revenue Service, summing the income of everyone who pays federal taxes in Alaska.

Individuals collectively earned $24 billion in 2014 (that's adjusted gross income, after a variety of deductions for retirement, health and education have already been taken out). More than 70,000 Alaskans earned over $100,000 a year.

The Alaska Permanent Fund contains almost $58 billion and can be expected to spin off more than $2 billion a year. At current prices, the total value of a year of oil production in Alaska is also worth about $2 billion, after deducting production and travel costs (but without taking out a profit for oil companies).

Combining our investment earnings, a fair take from oil production, and taxes on citizens like those imposed by other states, we can have a reasonable future at our current level of state services. A set of proposals reflecting such a balanced plan is pending in the state House.

From this vantage point, astride this wealth and opportunity, the Alaska of the 1950s and '60s is almost unimaginably small and distant.

Fischer's first home in Anchorage was a cabin on the bluff overlooking Chester Creek, just south of 15th Avenue. A photo he took to the south shows nothing but forest. At night, there were no lights in that direction, where the city now stands.

As a territory, Alaska lacked a road or ferry network, a police force, a health system or adequate schools. Life expectancy was low and epidemics regularly ripped through the territory, even in Anchorage.

Many communities had no schools. Anchorage's schools were vastly overcrowded and many of the teachers lacked college diplomas. There was no teachers college to educate them.

Alaska began statehood too poor to address those needs, but it tried. The new state came close to financial failure in its early years, as transitional funds from the federal government ran out.

But people figured out how to make it work.

In 1967, before Big Oil, Alaskans paid state income taxes 70 percent higher than the national average. Those taxes covered around half the state budget, with the balance coming from federal transfers and a little oil revenue.

Some of the windfall went to the Permanent Fund. Much more was spent on needs that had been long neglected, like schools and public safety. As a state senator, Fischer directed part of the windfall to build women's shelters around Alaska.

A lot of money was wasted, too. After Alaska repealed the income tax in 1980, voters rarely punished politicians for using Alaska's oil revenue unwisely.

That era is over. Oil prices have settled in a long-term trading range and new oil discoveries will only keep production flat. The state cannot continue an acceptable level of services without other revenue.

Today we're the only state without a sales or income tax. The income tax proposal in the state House would put us in the middle range of the states. Combined with Permanent Fund earnings and a cut in oil tax credits, it would balance Alaska's books.

Because so many Alaska workers do not live here, a substantial portion of the tax would be paid by nonresidents. The tax would also reconnect voters with services, allowing us to own our decisions again.

Economics supports an income tax. It would cost fewer jobs than an equal Permanent Fund dividend cut, and far fewer than an equivalent budget cut, according to a study last year by the Institute of Social and Economic Research at the University of Alaska Anchorage.

After a couple of years of debate, most Alaskans understand these facts and are ready for a balanced plan that includes an income tax. The state Senate majority, the last barrier to a balanced plan, asked constituents in an online survey in January. About 7,000 responded, supporting taxes and not cuts.

Voters punished legislators who didn't act on the problem last year. The state House majority must pass a balanced plan this year or face oblivion for failing in its fundamental purpose.

Then it will be up to 20 senators to decide the outcome of the Alaska experiment.