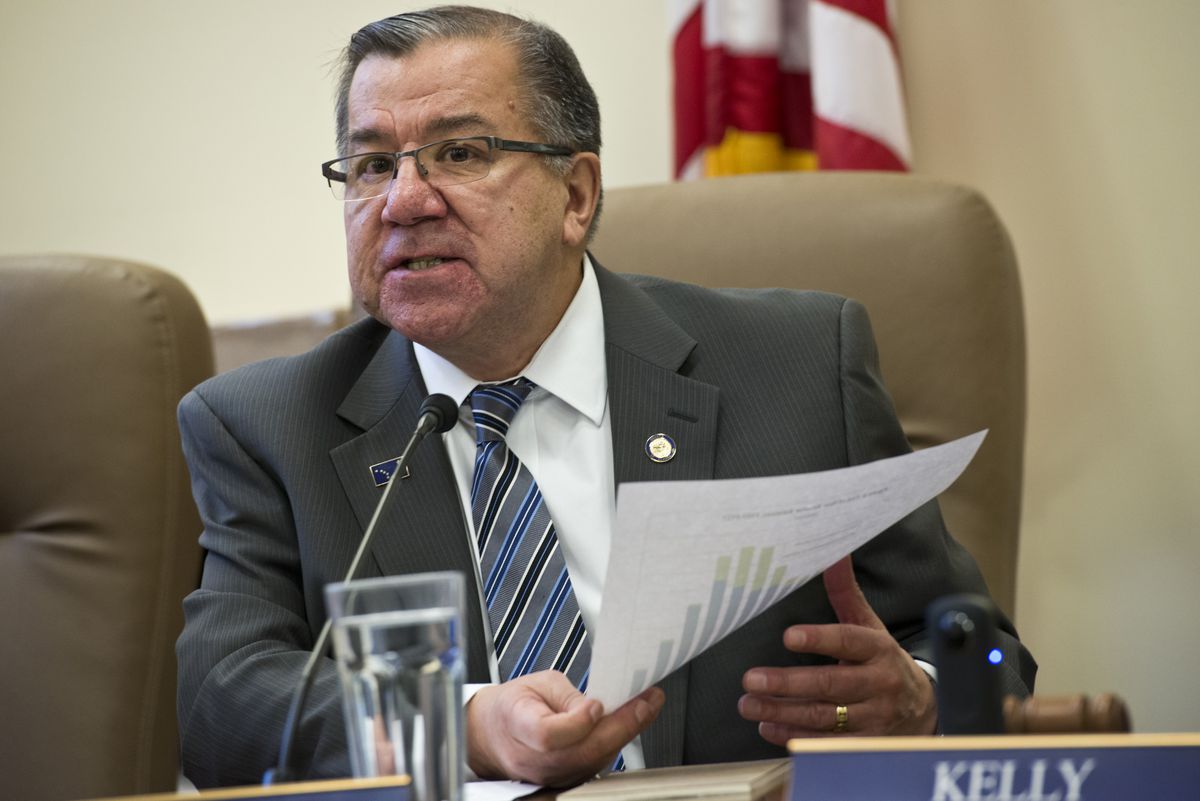 Will there be a train wreck in Juneau?

Given clear-cut differences between the House and Senate positions on the fiscal gap, it seems hard to imagine how legislators can cut a deal to end the 2017 session.

Here's where things are: The Senate wants budget cuts and no new taxes. The House wants no budget cuts, an income tax or something similar, and a tax increase on oil.

Both bodies agree that it's time to use some of the Permanent Fund's earnings to support the budget, and to cap the growth of the annual dividend paid to citizens.

So that's something. That there's consensus, more or less, on those two points is actually a big accomplishment. Restructuring Permanent Fund income and the dividends will take a huge bite — up to $2 billion — out of the deficit, which is estimated at $2.7 billion next year if nothing is done.

But there's sharp disagreement about the other $700 million. House leaders say that we should take the tough medicine this year — meaning a broad-based tax — to fill most of the remaining gap, and get it over with. If we don't do it this year we won't next year, because that's an election year.

If we delay it will take several more years for a major revenue source to be put in place. Meanwhile, we would continue draining cash reserves, which are fast being depleted. As for the budget, we've cut enough, the House says.

The Senate says we can still cut, and that its fiscal plan comprising continued, measured draws from reserves, a Permanent Fund restructuring, lower dividends, reduced budgets and a cap on spending will result in a balanced budget in six or seven years as income from the Permanent Fund grows. A broad-based tax may eventually be needed, but not this year, Senate leaders say.

They cite advice from economists at the university's Institute of Social and Economic Research that the double-hit of reduced spending and an income tax will only make our economic recession worse. In a year or two the economy will regain enough strength to absorb a new tax, ISER advised the Legislature.

Wall Street may not be satisfied with half-baked measures, though. Eric Wolhforth, a veteran Alaska bond attorney, says doing a Permanent Fund earnings restructuring isn't enough. Given back-to-back multibillion-dollar deficits, Alaskans must show they have the guts to deal aggressively with their problems. Piecemeal won't cut it. "People all over the country are watching us. They say, 'You guys are crazy. You're going broke and yet you're still sending out cash dividends,' " Wohlforth says.

If debt rating agencies are unimpressed with the Legislature's action, another downgrade for Alaska's credit rating will happen, hitting municipalities along with the state and that will come right after Anchorage voters approved $50 million in new bonds.

Can we wiggle out of this? Anything is possible. The budget may be the easy part because budget conference committees typically just split the difference between House and Senate spending plans. The House is status quo. The Senate is $200 million lower, depending on how one interprets the numbers. We can see where that will likely go.

These are statements made by the leadership, of course, and they can also be seen as opening shots in a negotiation. There are probably legislators in the middle who are more flexible.

These are still tough decisions, either yes or no. There seems no room for waffling, no middle ground.

Meanwhile, where are the deal-makers? House Speaker Bryce Edgmon, who is calm, cool and unflappable about all this, is confident something will be negotiated. Savvy senators are on the other side, too, like the pragmatic Sen. Lyman Hoffman of Bethel. This offers room for hope.

In the old days, this was when legendary deal-makers like Sen. Frank Ferguson and Rep. Al Adams were in their element, skillfully negotiating complex agreements among their colleagues to close out difficult legislative sessions.  Along the way they looked out for their district, too, which for both was Northwest Alaska. But that was expected, and part of the deal.

Both Ferguson and Adams are deceased. Can some of our current lawmakers fill their shoes? We'll see.