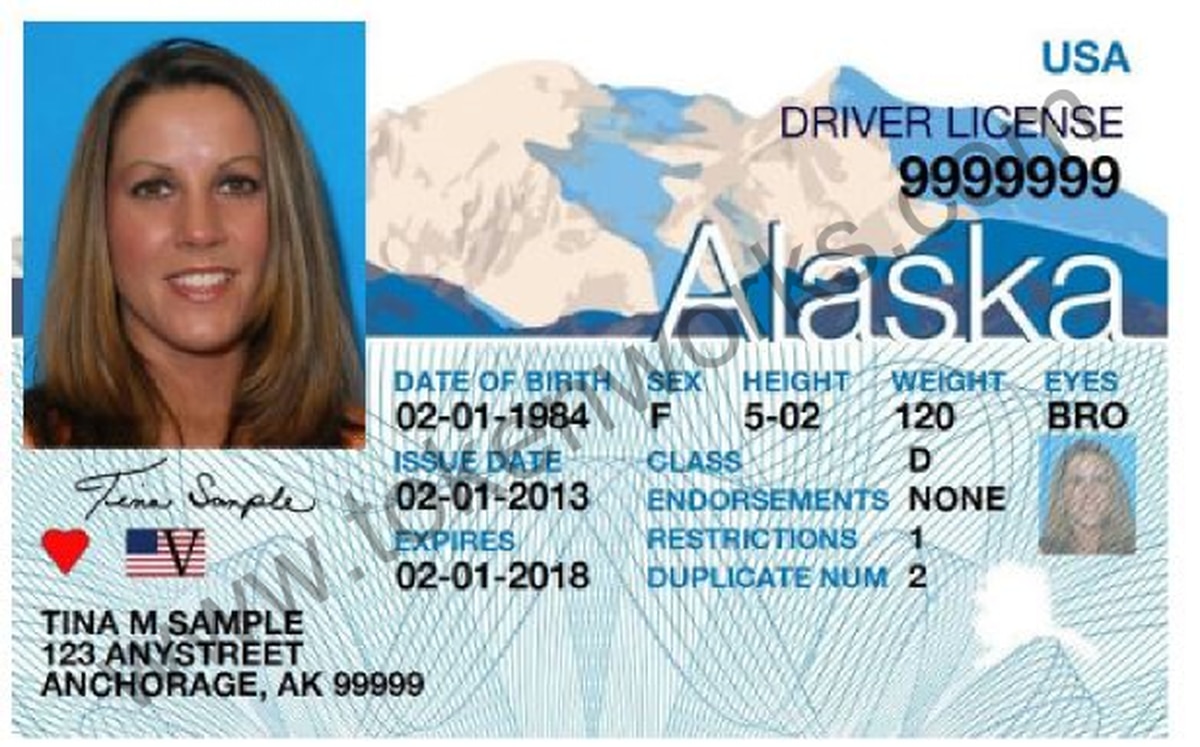 Was our DMV negotiating with the FBI to turn over driver's license photos to a facial recognition data base? If it wasn't, will it be soon?

On March 24, the Alaska Dispatch News published an article by Nathaniel Herz about a possible legislative showdown over the federal Real ID program. Congress passed the Real ID Act based on anti-terrorism recommendations from the 9/11 Commission.

Alaska has until June 6 to comply with the Real ID program. If it doesn't, our driver's licenses and state IDs will no longer be accepted at military bases or other federal facilities. That restriction will apply at airports beginning Jan. 18. Privacy advocates are worried their state driver's license or ID photos will end up in a federal facial recognition database that the FBI is amassing.

"[T]he Legislature should explicitly prohibit DMV from being pressured to participate in federal government experiments in 'next generation identification systems,' such as automated facial recognition systems. The alarming existence of such an FBI endeavor was recently highlighted in a critical report from the federal Government Accounting Office (GAO), titled 'Face Recognition Technology: FBI Should Better Ensure Privacy and Accuracy.' According to the GAO's report, Alaska's DMV is not participating in this woeful, privacy-compromising facial-recognition system. The Legislature should ensure it never does."

Interesting choice of words – "the Legislature should explicitly prohibit DMV from being pressured …." Our Legislature can prohibit our DMV from giving into federal pressure. But our Legislature can't prohibit the feds from pressuring our DMV by saying Alaska licenses and IDs won't let Alaskans access airport gates, military bases, or other federal facilities unless our DMV complies with their Real ID program. Prohibiting our DMV from giving into that pressure doesn't solve our problem of not being able to access federal facilities with a state driver's license or ID.

There's a back story to that GAO report that might interest Alaskans and the state legislators now wrestling with the looming Real ID requirements.

The GAO criticized the FBI's Next Generation Identification facial recognition database because, among other things, the people included were not notified and had no opportunity to opt out.

In August 2016, the GAO issued a revised report. The only change was the map – which now showed no states "under negotiation" with the FBI to provide drivers' license photos.

Confused, the Massachusetts ACLU called the author of the report, Diana Maurer, the director of Homeland Security and Justice Issues at the GAO. Ms. Maurer said her team checked the map in question with the FBI at least three times before publication and each time the FBI had approved the map and its contents.

Only after the ACLU began filing public records requests with state DMVs across the country, did Ms. Maurer receive a phone call asking her to change the map. The FBI now told her the 18 states were not in negotiations. What had been repeatedly characterized as "negotiations" was now described as the FBI just reaching out to officials in the 18 states.

So, was the FBI in negotiations with Alaska, but then decided to back off after a critical GAO report and media backlash — or had it erroneously overstated its communications with Alaska (and 17 other states)?

In the meantime, the FBI is trying to exempt its growing national database of facial photos from the federal Privacy Act, which gives Americans the right to sue for refusing to tell a person if they're in the system and lets them ensure the information is accurate. If the FBI gets this exemption, will they begin (or restart) negotiations with states to share their driver's license and ID photos with the FBI's facial recognition database — without having to worry about the federal Privacy Act?

That's something our Legislature can address. They can require our DMV be public and transparent about any such negotiations.

Alaska's DMV is merely a pawn in this privacy, security, convenience chess match. It will be up to Alaskans, and all Americans, to decide what values they place on their privacy, their security (sharing of databases to counter terrorism), and their convenience (not having to get a passport to board a commercial plane to Seattle or go to an airshow at JBER).

Val Van Brocklin is a former state and federal prosecutor in Alaska who now trains an writes nationwide on criminal justice, leadership, ethics and social media. She lives in Anchorage. When she's not working, she can be found flying a Sport Cub with a shotgun, fly rod, retriever and high aspirations.